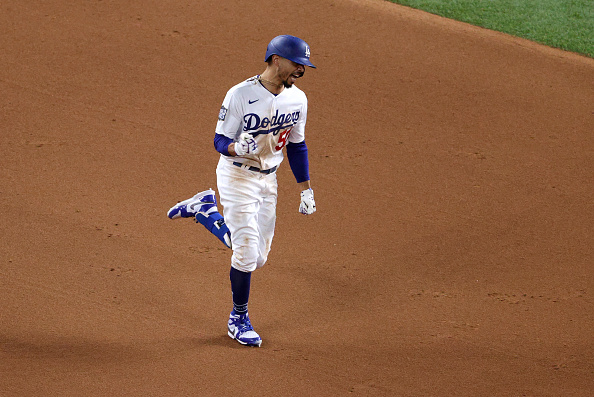 What’s up FANation? I hope you have been enjoying the MLB Draft Guide thus far! Today we will be taking a look at what most (including myself) would consider the two most fun hitting categories in fantasy baseball; home runs and stolen bases. They are what I would consider the two categories that are most predictable and the easiest to target in drafts. Batting averages, RBI, and runs scored can fluctuate based on a variety of factors, but home runs and stolen bases are fully in the player’s control. So, without further ado, let’s take a look at who is projected to provide the most in each category!

Let’s start with the big boppers first, shall we? Given the shortened 2020 COVID season, it would be near meaningless to look at total numbers from 2020. Instead, I think the smarter think to do is look at who the different projection systems believe will lead in 2021. On top of that, we can also take a look at Statcast numbers from 2020 to help provide some insight into why some of these guys would be amongst the projected leaders. In the below chart, you will see the projected top-25 home run leaders (with their total) for 2021 based on the average total of four different major projection systems.

A lot of familiar names who tend to normally be at or near the top of the home run leader board at the end of each season. Not too many 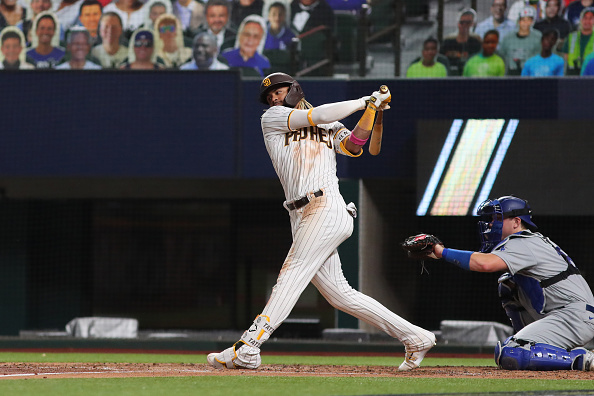 surprises. Trout is expected to lead the way with Alonso and Acuna being the only other two projected to hit 40+ long balls. Really the only name that I would consider a new addition to this list would be Hernandez. However, he has earned his spot amongst these names; he hit 26 home runs in 2019 and followed that up by swatting 16 in just 50 games last season.

Which brings us to our next point of view, using Statcast numbers from 2020 to help get a better look into these projected home run leaders. Statcast numbers have become a huge factor in fantasy baseball as they can provide insight into players and if they are doing better than they should be or if they are actually getting a bit unlucky and should be performing better than their numbers show. Of the 25 players listed, ten of them ranked inside the top-15 for hard hit percentage in 2020, as listed below.

Hard hit percentage is a great measurement and a can be a strong indicator of who will consistently hit home runs. Of course, the more often you hit the ball hard, the more likely you are to have positive results on that contact. Not exactly rocket science, right? Moving on, we can take a look at somewhat of a similar category but, another good one, in average exit velocity. Again, the more often that the ball is being hit hard, the better. Similar to hard hit rate, ten players among the 25 projected home run leaders ranked inside the top-15 of average exit velocity for 2020, as listed below.

As you can see, just three names appeared in the top-15 of average exit velocity over the last two seasons with those names being Yelich, Schwarber, and Reyes.

Home runs are pretty easy to identify and find in drafts. They have become more and more common and there are a ton of players who can provide plenty of pop for you fantasy baseball lineups. So much so that some of these projected leaders aren’t even going within the first 100 picks of your fantasy draft because power goes so deep. Someone like Alonso, who is projected to finish second in the league in home runs, can be had outside the first 50 picks even.

Moving away from power, let’s go to the opposite end of the spectrum and look at the players who are projected to steal the most bases this season. Stolen bases are much harder to accumulate in fantasy as many guys with speed, don’t do much of anything else and can hurt your other stats. For this exercise, let’s take a look at all 18 players that has an accumulative average of at least 20 stolen bases this season; only a few of which are at all surprising. 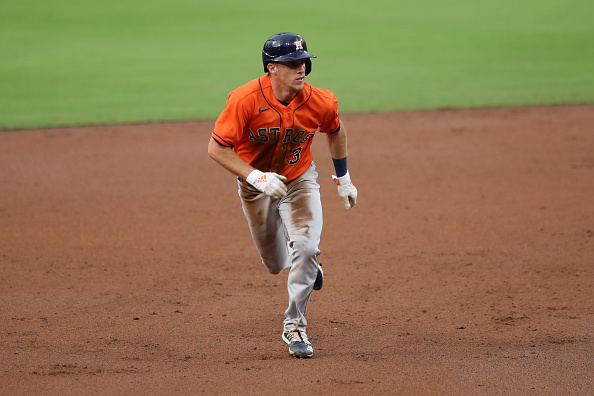 Moore, Taveras, and Gimenez. Straw is slated to take over as the starting centerfielder for the Astros and while he won’t provide much of anything else, he should be a big factor in the stolen base department. He has 16 career steals at the big league level, despite fewer than 200 career at-bats and he once stole 70 bases in one season at the minor league level (2018). Moore racked up 12 steals in 2020 across just 38 games but he hasn’t been very successful on attempts in his career, only successfully stealing 23 bags on 37 attempts, which could limit how often he runs if that doesn’t improve. Taveras was a perfect 8-8 on steal attempts across 33 games last season, a year after swiping 32 bags at the minor league level. Gimenez also made his MLB debut last season and managed to steal eight bags on nine tries across 49 games.

One of the crucial Statcast measurements that is used for the speedsters is sprint speed (for a bigger breakdown on sprint speed be sure to check out Colby’s Draft Guide piece: Sprint Speed). Of the 18 players projected for 20+ stolen bases this season, half of them had a top-30 spot in sprint speed for the 2020 season and they are listed below:

Some of these guys can be had very late in drafts, with Taveras, Berti, and Straw all being options who can be drafted in the 200’s possibly. Of course, the problem with any of those three is what was stated in the first paragraph of the stolen base leaders portion of this article is that they don’t provide much (if anything) of anything else.

Going back another year to 2019, we can look at who on this list appeared in the top-30 of sprint speed for that season as well. Keep in mind, the loss of a few rookies from the 2020 season. We have five names that cracked the top-30 in sprint speed for 2019, they are listed below:

Power and speed are two categories that fantasy players love to target and talk about. They are fun categories and two of the most enjoyable things to watch when watching games. Who doesn’t love seeing a player who steals a base? And we all know that chicks dig the long ball. Good luck this fantasy season and make sure to target plenty of power and speed in your drafts!