Fantasy Baseball Daily Round Up: May 28 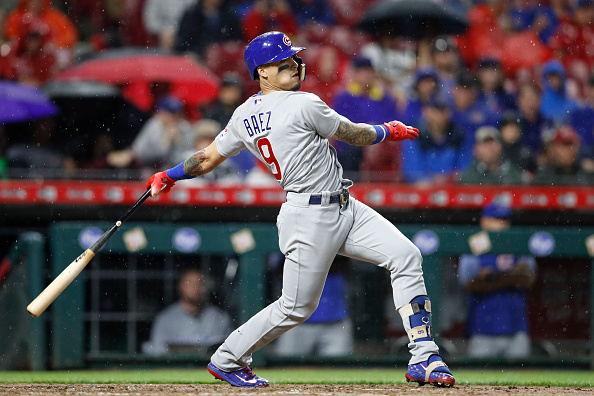 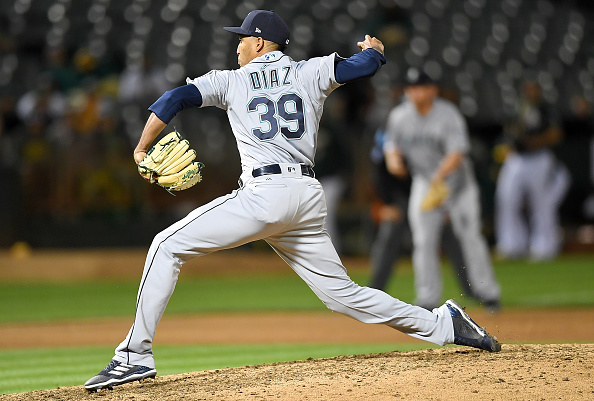 Álex Colomé got the save in his debut since being traded to the Mariners. He pitched a perfect ninth inning for Seattle in the victory, but this shouldn’t be taken as a sign of things to come. Edwin Díaz was unavailable after pitching four out of the last five games. Colome will definitely be the first man up if something were to happen to Diaz, but few closers have the job security of that of the Mariners’ stopper.

Ken Giles came into the game on Sunday with a 8-3 lead, only to give up three runs without recording an out versus the Indians. Giles has been very good recently prior to this blow up having had a string of six consecutive scoreless outings in which he has not issued a walk.

Javier Báez popped his 13th home run of the season on Sunday. It was his second of the weekend and sixth in the month of May. Over that stretch he is hitting .250/.256/.511 with four stolen bases on top of those six bombs. Baez is on pace to crush his career highs in home runs and stolen bases this year now that he is playing full time. There will be slumps along the way with his disdain for walking and free swinging ways, but he has dramatically cut his strikeout rate this year and the added contact is paying off.

Frankie Montás made his Major League debut on Sunday, throwing six innings and striking out seven while only allowing one run on three hits. The right hander sat 95-97 mph with the fastball and showed a above average slider. He had moments when he struggled with his command and that could lead to greater problems in the future. Montas is a former top prospect that is coming off some serious injury marred years. He is worth a gamble in deeper formats.

According to manager Dave Roberts, Clayton Kershaw may be an option for Thursday’s start versus the Phillies. It is widely speculated that he will be activated for the start after throwing four innings in a simulated game this weekend. Kershaw has missed the majority of this month with bicep tendonitis, but this appears to be a thing of the past now.

Phil Hughes was traded to the San Diego Padres. Hughes goes to one of the few spots in the Majors where he may be a viable starting pitcher, but in terms of fantasy, he is a better twitter follow (he has an 80-Grade twitter account) than he is a pitcher at this point in his career.

Pablo Sandoval made his first career start at second base. Sandoval has been working out at second for a while now, but finally gets that first start. With Joe Panik and Alen Hanson still on the DL, he could get enough starts to gain eligibility in some formats. He is only NL Only relevant at this point in his career.

Felipe Vasquez left Sunday’s game with forearm discomfort. There was no information available after the game on his status, but fantasy owners may want to take a shot on Michael Feliz or Richard Rodriguez in case the injury is serious.

Here is what happened to Ronald Acuña Jr.

He was able to walk off the field.

The gruesome injury may look worse than it actually is, but he was seen in a wheelchair following the game. At least this will be a lengthy DL stint, at worst it could be the end of his season. We should learn more today.

Adam Plutko versus the White Sox. He has thrown two consecutive quality starts since getting called up to take over for Mike Tomlin. This begins a nice two-start week for him and a shot to cement a spot in the rotation.

Luke Weaver versus the Brewers. The Brewers lead the fantastic NL Central. Weaver needs to continue to pitch well in order to hold a rotation spot with Álex Reyes returning this week and Carlos Martínez on the mend.

Chris Archer vs Trevor Cahill . During the month of May Archer and Cahill have been two of best pitcher in baseball with little fanfare. This could be a low scoring affair and an indicator of either are legit.