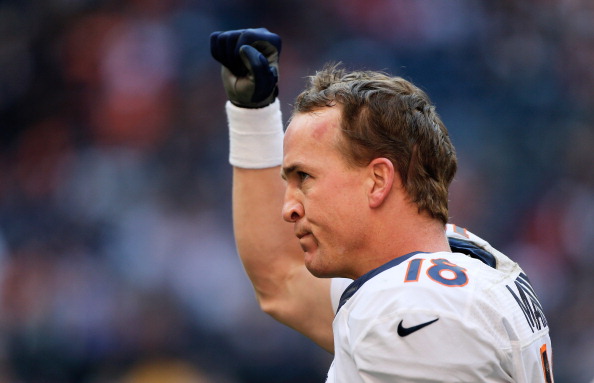 By now you all are aware of the ever-expanding industry that is daily fantasy sports. Last year three people took home $1 million by playing and winning at daily fantasy football. Imagine your entire life changing because of one successful week of fantasy football. Just a few weeks ago I played one day fantasy baseball for a top prize of $1 million dollars. Although I fell short of the top prize the experience is one that I wouldn’t trade for the world.

This season DraftKings is awarding four separate $1 million prizes. You can gain entry to these high stakes events by winning qualifiers for as little at $0.25 throughout the season.

As a Fantasy Alarm Assistant GM subscriber you will not only benefit from the absolute best deposit matching bonuses in the industry but also from our expert DFS advice. The DFS Playbook has made winners out of so many new and struggling DFS players this MLB season. For NFL we are tripling down and bringing you the absolute best daily fantasy football selections you will find anywhere.

But before we guide you to the million dollar prize, let’s run through some of the basics of playing and winning at daily fantasy football.

Determining how big or small of a bankroll you are willing to invest in becoming a winning DFS player is the first step to greatness. It really doesn’t matter what your bankroll is. Obviously the more you have to invest the higher the stakes you can play and thus the more return you can expect.

I suggest starting out with at least a $100 initial deposit. It seems as though that amount is just enough to make players take it seriously yet not enough to really hurt their bottom line either. If you can’t do that much don’t worry about it. Put in what you can and we will devise a plan for you no matter what your bankroll is.

The way that players accumulate points is the most important facet to fantasy sports. In daily even the most subtle difference in scoring can be the difference between a payout and a blackout. Let’s take a look at the scoring system for DraftKings as an example:

The following scoring plays will result in Points Allowed (PA) by your Defense/Special Teams (DST):

Do not swing for the fences the first time you are playing DFS. I know that I promoted the fact that DraftKings and other sites will be awarding millions of dollars this year in daily fantasy football but you need to understand that those contests are incredibly hard to win.

Start out doing low limit double ups (50/50’s) at a price that is comfortable to you. Never have more than 10% of your total bankroll in play in any give week however. Choose double ups that have the most amount of participants. The more participants in a contest the less the variance is between a winning and losing lineup. Remember, the goal in double ups are just to finish securely in the top half of the field in order to double your entry fee. These are the simplest contests in DFS and they are a great way to get experience playing the daily games.

Once you are regularly winning at your double ups it will be time to start playing in guaranteed prize pools (GPP’s) otherwise known as tournaments. This is where the big money is but be cautious as only the very top winners in GPP’s win a lot of money.

It’s a shameless plug but make sure that you at least consult the DFS Playbook before locking in your lineups for the week. We do a wicked ton of research to uncover the absolute best plays for the week and post them all in a nice tidy spreadsheet for you to use and master.

The key to a great daily fantasy football lineup is value plays. If you are able to uncover that cheap player that goes off it will allow you to have other great players throughout your lineup. It isn’t easy to squeeze the likes of Peyton Manning, Adrian Peterson and Calvin Johnson into your lineup on any given week. But if you were able to find two impactful low end players you just might be able to fit them in there.

The difference between a seasonal league lineup and a daily lineup is vast. In seasonal leagues all that you are trying to do is beat your one opponent. Therefore you can play it much more conservatively and not take on too much risk. In daily you are going to need to maximize the upside of your lineup by selecting players who will have multiple chances to get into the endzone. Receptions and yards are great but the key to winning at daily fantasy football is touchdowns.

We have over 80 factors that go into our DFS playbook each and every week. To get to the next level of DFS you are going to have to pickup on some advanced strategies and metrics to give you an edge.

Diving into the matchups every week and uncovering the weaknesses of the defense is a great place to start. If you find a team that has problems against bigger RB’s for example you will want to take a shot on players like Rashad Jennings or Steven Jackson. If a team is missing their starting safety, you could start a big play WR as one of your values that week.

The amount of advanced strategies is seriously endless. The best thing you can do is develop your system (or just use ours!!) and stick to it for a good length of time. Rome wasn’t built in a day and neither was a DFS empire.

In the coming days and weeks we will be discussing more and more advanced strategies in our DFS Strategy section on the Fantasy Alarm website. For now just get familiar with the daily fantasy football landscape. I will be providing picks, strategies and advice right here all season long so feel free to ask me anything that is on your mind anytime on Twitter (@Jeff_Mans) or through the Fantasy Alarm app.