Greg Jewett recaps the 2019 MLB season for the American League Central from a fantasy perspective! 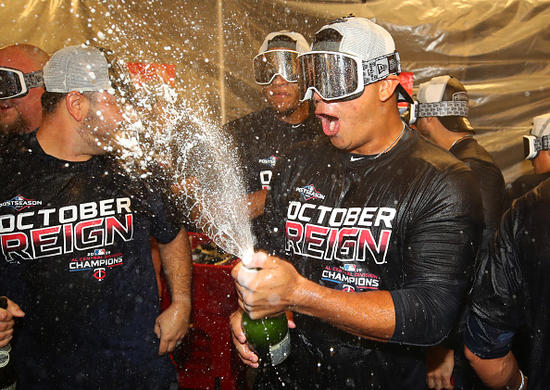 In an effort to recap players with fantasy interest on each team, along with an eye on their future, Fantasy Alarm will cover each division in the Wraparound with fantasy tidbits on players from each team along with some to track as sleepers as 2020 preparation begins. Starting with this column on the American League Central.

Looking for a team ready to make the jump in 2020? Well, start with the White Sox. If they navigate free agency well and add to their rotation, they could surge like the Twins did this past season. Much will depend on what happens with José Abreu and if the team can lure players to the south side of Chicago. If they do, this offense could take another step forward.

Can Cleveland build one more winner with the strong foundation of starting pitching and with Francisco Lindor in his walk year? Which José Ramírez will fantasy owners get in 2020? It’s going to be very interesting to see how this franchise handles the off-season. They could take a path like the Nationals last year and go for it, or keep moving the idle direction like last winter. This bullpen needs help as does the offense, so this could go in many directions, just like this division in the season ahead.

Talk about devoid of fantasy interest, Detroit went full tank mode in 2019 and there’s not much hope for an improvement in 2020. In deep formats, players of interest will be noted below but once again, the Tigers will be featured heavily in stream against columns.

Another team with a strong offense, but a dearth of starting pitching. Kansas City’s top of the lineup produced strong statistics, even with an injury to Adalberto Mondesi . This will continue to be a team which scores runs, although sporadic at times, but can they depress enough in 2020 to be viable? Time will tell.

Last, but not least, the division winning Twins who mashed 307 home runs setting an all-time team record in the majors. Once again, they were swept out of the postseason by the Yankees but seemed primed to make 2020 interesting once again. Nelson Cruz provided veteran leadership and stabilized the lineup but can the team add one more arm to the rotation?

Be sure to check back for the rest of the divisions in the wraparound series setting the table for 2020 research. Also, check out all the great work in Fantasy Alarm across all formats to remain ahead of the competition.