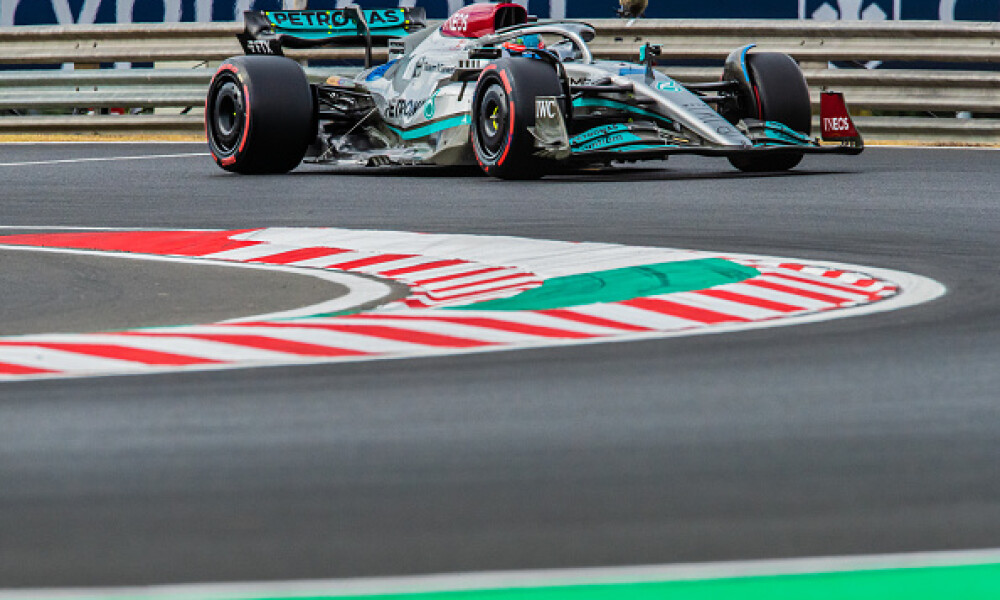 Round 13 of the 2022 F1 season is this Sunday with the Aramco Hungary Grand Prix at the Hungaroring in Budapest. This is also the last race for F1 before the Summer break that has them off until late August. Hungary is also the last race before the new FIA regulations regarding the floors for the car kick in which could shift the balance in the grid.

The Hungaroring is the second-longest tenured track on the F1 schedule in terms of permanent tracks. It’s also one of the shortest tracks on the schedule at just 2.7 miles in length per lap. It does however pack 14 turns into that tight layout along with elevation changes. In some respects it’s similar in length and layout to the Red Bull Ring but Hungary only has one DRS zone instead of three. In fact, Hungaroring has been described as Monaco without the walls and any track that requires high down force will compare well to Hungary. There is a tight racing line here which can make passing tough, even with the new car that’s designed to race closer to each other without much disruption.

With a track this short, there are a lot of laps for Sunday’s Grand Prix. In total, there are 70 scheduled laps which gives a decent amount of points (for F1) for laps led chances. The closer to the front of the grid a driver is, the better they likely finish given how hard it can be to pass. That being said though, we’ve seen chaos happen here the last few races including last year. This track will test the cars to their limit with the forces built up in the tires from all of the turns in the short track. That means that teams that have struggled this weekend won’t find any help in the race and the cars with the best balance through the corners will run the best consistently.

The following table shows where each driver ranked for each practice and qualifying based on single-lap speeds. Keep in mind that FP3 was in rainy conditions and FP2 was very hot.

Would it be better if he were starting on the pole? Sure. But maybe not starting on the pole and having the fastest car is the trick to him breaking his bad luck. It also gives him a couple of spots to move up as a bonus. In fact, starting P3 at Hungary has been better than starting P2 so that should give him the jump on his teammate.

Sainz will start in front of Leclerc for once and has shown arguably better speed at practice. The bad news for Sainz is that P2 has not gotten off the line quite as well as P3 (where Leclerc is starting) the past few races here. If Sainz can reverse that trend and catch Russell, he’s got a shot to lead laps before likely turning the lead over to his teammate based on team orders late in the race.

His first career pole. It couldn’t have come at a better track as well. It’s tough to pass here and that bodes well for Russell to get wide and hold off the Ferraris right behind him. With Red Bull starting behind his teammate as well, it could be smooth sailing for one of the smoothest drivers on the grid. He will be a very popular captain though given the fact he’s $4,500 cheaper than Leclerc but he didn’t exactly show the top line speed the Scuderia did though.

Ocon won here last year in a crazy race. He’s got very good speed once again here, like he has at other high down force tracks. While he is starting just one spot ahead of his teammate Fernando Alonso, he has beaten Alonso eight times this year already for a nice edge in bonus points. It really hasn’t mattered if Ocon has started better than Alonso or not in terms of the defeated teammate bonus.

Anyone listed above can be used in driver spots as well.

It’s been an uncharacteristic weekend for Red Bull so far. They haven’t had great speed though Verstappen has still been top-four. Then came Q3 when Verstappen ran out of power in the Red Bull. So why is he in the playbook? Well it’s still Red Bull and Verstappen and they can figure things out to get them in position to compete. He’s also got PD upside here as he should still be a threat for the podium assuming the engine issue is fixed. There’s a pretty good shot that he’ll still be popular but I’m personally going lighter on the field on Verstappen due to the engine issues and the fact that Perez never really had speed this weekend.

Hamilton has finished P3 or better in four straight races now. Mercedes had some issues earlier  in the weekend with getting the tires to warm up quickly and thus get speed quicker in a run. However, they improved that as the weekend went on, a bit. Considering Red Bull is behind him, Ferrari has their issues, and McLaren is unproven meaning Hamilton should be a threat to finish top-five if not better than that.

What a weekend for Norris so far. He’s shown consistent top-four speed if not top-two and he’ll start P4. McLaren has been working hard to improve their orange machines and it’s paying off. Norris has been great on tracks with right racing lines and holding spots well which gives him a great floor for scoring, not to mention that he should be able to beat his teammate once again.

There is risk here. Let’s start there. He’s not shown a ton of speed this weekend showing only as good as P13. This is also a track where passing can be tough making this starting spot more challenging. However, here’s where the upside comes in, we saw Gasly start back in the field at Monaco and manage to move up several spots as well as at Imola. In fact, he’s moved up to finish better than where he started in eight races so far. Gasly has also beaten his teammate more often than not.

Vettel announced his retirement from F1 at the end of the year. Then he spent most of the weekend running inside the top-10, until qualifying that is. Aston Martin went with a new rear wing that improves down force here and if that works to the best of it’s ability, he should be able to move up well. It’s also Vettel and his skill here was good enough to have him fighting for a win here last year. There is risk that he won’t move up though.

A lot of talk has been about his teammate this week after news came that Vettel recommended Mick Schumacher to replace him next year. Whether it will happen remains to be seen. What has been seen though is that Magnussen still has more speed this weekend than Schumacher and a couple spots better starting spot. Mags has also gotten quicker as the weekend went as Haas gets its’ hands around the new updates on the car, which are only Magnussesn’s car right now. He’s got a shot for a top-10 finish and beating his teammate as it’s possible that Schumacher tries a bit too hard to impress Aston Martin.

The main reason he’s in the playbook is for the five bonus points for beating Latifi. There’s not a ton of speed here, though better than where he qualified, and he’s beaten his teammate nearly every race. He continues to be popular for those bonus points and that remains the case this weekend.

Stroll has shown slightly slower speed than his teammate this weekend, but is starting ahead of him. If he can hold his spot ahead of Vettel, there is defeated teammate bonus points awaiting him just like in three of the last four Grands Prix.

Can they possibly have a clean weekend? They have the speed, like they have all year. Scuderia just needs to not have strategy issues or car issues. Carlos Sainz has actually been quicker than Leclerc this weekend for much of practice and they both start inside the top-3. If it’s a clean weekend, we’re talking about the dominators here. Clearly, Red Bull is in play but they had a very rough qualifying including Verstappen running out of power in Q3. They’ll need some help to move up through the field and put up points equal to their price.

Could this bee the best weekend for Mercedes this year? It’s already been George Russell’s first career pole and there’s more speed to find in Hamilton’s car as well. Presuming that Russell can get the jump on the initial start, he should be in a good spot to hold the lead well while Hamilton works on coming up through the field. Merc wound up with a double podium last weekend in France and with Russell starting on pole they’re halfway there for Hungary.

They have yet to post 20 points in a race, but that should change this weekend. They’ve got their best combined starting spots in the grid with a P5 and P6 spot in hand. They’ve had top-10 speed all weekend as well. The higher the down force tracks have also been good for them as well. People might be distracted by the PD that some other teams might offer, if everything goes well, like Red Bull, but that just gives us leverage on Alpine plays.

Is this finally a weekend that McLaren fans can cheer? It appears to be. They have speed with their new updates and are starting inside the top-10. While it’s true that Norris has said the car still isn’t perfect, imagine what happens when they tweak it before the race given the base speed they already have. This is a weekend where a cheaper constructor could hit well and McLaren has a great chance to post it’s best score of the season.