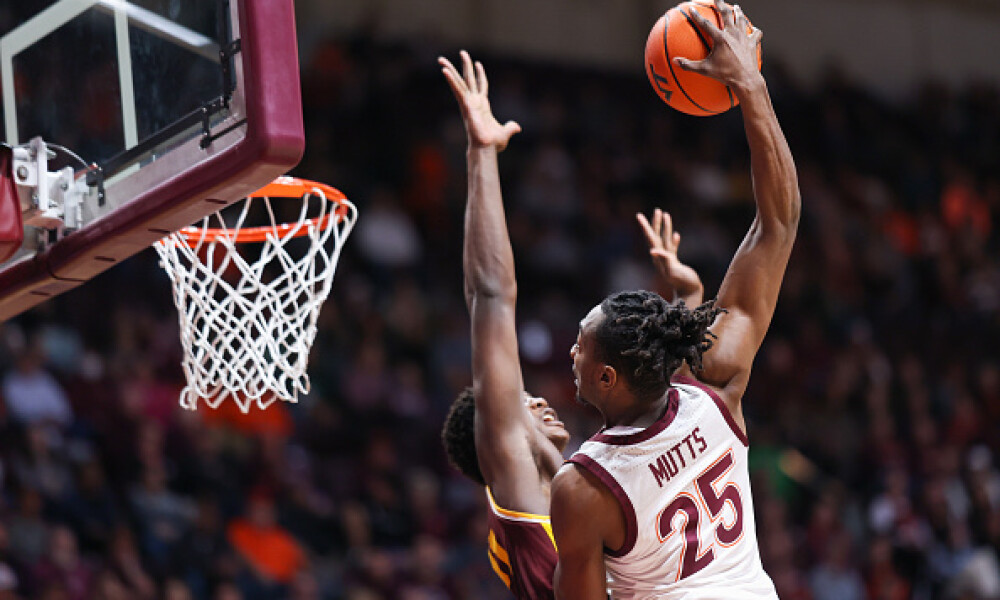 Good morning FA Nation! Of course, it's NFL Sunday but we also have a big nine-game college basketball DFS slate on tap for today and it all tips off at 1 pm ET. DraftKings provides us CBB DFS fans with some great action today including the Basketball Hall of Fame London Showcase featuring perennial powers Michigan against Kentucky and the Big East-Big 12 battle between St. John's and Iowa State. If you're looking to play college basketball DFS this season, get full access to our CBB DFS Playbooks and Core Plays with a Fantasy Alarm All-Pro Subscription. Check out all the CBB DFS top picks, lineup strategies, teams to target, and value plays to lock in for tonight's college basketball action. If you have any questions about CBB daily fantasy lineup strategy, ask away in the Fantasy Alarm Discord chat. Now, let's jump into the CBB DFS top plays and lineup picks for Sunday, December 4th...

In one of the early Playbooks, we talked about Jaquez Jr. and how he should definitely improve on his 13.9 points and 4.7 rebounds from last year assuming his ankle was now healthy. Well, we were right. Jaquez Jr. has been the 'go-to" at UCLA averaging 18.0 points and 5.8 boards (33.1 DKFP). He is averaging over 32 minutes a game and has put up 86 DK fantasy points over his last two games- expect more of the same tonight against Oregon if the game remains fairly close.

Holmes is coming off being named Big 12 Newcomer of the Week after he smashed in the Phil Knight Invitational over the holiday. He helped Iowa State to a runner-up finish and was selected to the All-Tournament Team after leading the Cyclones in scoring with 15.0 points per game, including 22 points in the win over No. 1 North Carolina. The senior guard was not needed much in this week's blowout of North Dakota but will surely play all the minutes he can handle today in what should be a bounce-back game at a decent pace against St. Johns's (3rd pace in NCAA at 74.21).

Nembhard is on fire and I plan on riding this wave out. He is usually not the main focus of this offense but you cannot deny the last three games where the has put up over 106 DK fantasy points. The Creighton point guard and last season's Big East Freshman of the Year is one of the best floor generals in the sport averaging 13.3 points and 5.8 assists per game. Nebraska will push the pace here in the slate's second-highest scoring game so Nembhard should be stuffing the stat sheet once again.

This is another value-starved slate so for cash games, I like to go with at least a player I know will be on the court. Loyer is a big time shooter and it appears that Matt Painter already trusts him. Purdue's jump all the way from No. 24 in the AP Poll to No. 5 was in some ways due to Loyer's quick growth and play on the national stage when he scored 14 points against Gonzaga and 18 points two days later vs. Duke in the Phil Knight Legacy. Loyer has been thrust into the starting lineup as a true freshman joining classmate Braden Smith as one of two true freshman- that’s quite a feat on a Matt Painter-coached team

We have Tshiebwe and Zach Edey both on the slate today but it will be difficult to play either with no slam dunk values to turn to. I lean Tshiebwe due to a $500 discount plus he still has the highest ceiling of any player in the nation. Working his way back from knee surgery Tshiebwe is still in a league of his own with a 34.2% defensive rebounding rate and 23.2% offensive rate. No one else in college basketball has a defensive rate higher than 33.5% or an offensive rate higher than 21.4% plus his current usage (25.8%) is higher than last season's (24.1%) as Kentucky works out some of its offensive issues, If you have the money take the big guy.

Brooks leads the Huskies with 17 points and seven rebounds per game- both good for top six in the Pac-12 this season. He now has at least 31 DK fantasy points in four straight games which has put him on a nice solid floor for cash games (31.05 DKFP on the season). Even better the Kentucky transfer is the team usage leader at 28.0% and he is averaging close to a per-game double-double with 17.0 PPG and 7.0 RPG.

Virginia Tech was expecting to lean on their outside shooting this year but that just hasn't happened  so they have had to turn to old reliable- Mutts and interior scoring. He is the alpha- averaging 12.6 points, 9 rebounds, and 3.9 assists per game and has been the guy the Hokies continue to turn to has turn to when in need of a basket and that has almost always come in the paint. This is a double-double player who is averaging 9.1 rebounds per game including 1.9 offensive rebounds and is just as good as anyone in a loaded forward position today- especially in a tight high scoring game against North Carolina.

Newell has been a solid freshman for Cal as a multi-positional player who can defend inside or on the perimeter and has a mix of offensive skills. He is now a member of the starting five and has played 32 and 29 minutes over the last two games. He is not going to win you a GPP but at near minimum price 5-6X value is not out of the question and the salary will allow at least one high-priced forward to be added to your lineup.