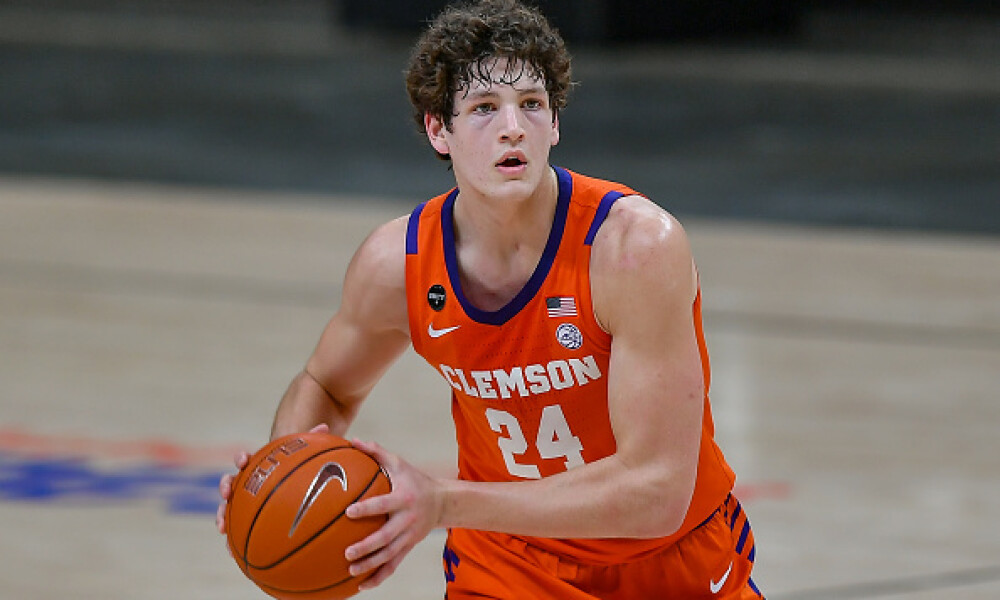 It is now December and we are already almost a month into the college basketball season. So let's get ready for another exciting night of winning CBB DFS lineups. The Friday night slate features ACC hoops action as well as a Big ten game featuring Illinois at Maryland.  It all tips off at 7p ET with a five-game DraftKings slate.  If you're looking to play college basketball DFS this season, get full access to our CBB DFS Playbooks and Core Plays with a Fantasy Alarm All-Pro Subscription. Check out all the CBB DFS top picks, lineup strategies, teams to target, and value plays to lock in for tonight's college basketball action. If you have any questions about CBB daily fantasy lineup strategy, ask away in the Fantasy Alarm Discord chat. Now, let's jump into the CBB DFS top plays and lineup picks for Friday, December 2nd.

Shannon has been the top transfer so far in the entire Big 10 Conference averaging 36.7 DK fantasy points a game and is coming off another big game busting the Syracuse zone for 17 points, seven rebounds, two blocks and a couple of assists. With a 27% team-high usage rate expect the same from the veteran guard as the top pay-up tonight.

I love this price on LJ Cryer tonight as he has actually dropped $200 from the Marquette game where he put up 19 points in 35 minutes (26.8 DKFP). He has been as steady as they come with a 27 DK fantasy point average and that is including a couple of blowout wins where he played sub-30 minutes. This is a huge early-season game against the Zags and Cryer will be on the floor as much as possible so we can expect at least his average fantasy output and possibly more.

Monsanto has always been a favorite of mine and is the x-factor for Wake Forest. He is a deadly three-point shooter- 86 of his 106 shots last season came from deep and this season he is shooting 43% from beyond the arc. Monsanto has lost weight from last year and is now fully healthy as he has started the last three games even with Davian Williamson back in the fold. It will be hard to send him back to the bench as he leads the team in usage (25.1%) and has put up 20+ DK fantasy points in four of his last five.

Like Monsanto at Wake Forest, Bonner is another X-factor play for his team. He has earned a reputation for being an unshakable player on the defensive end and one who is everywhere on the offensive side. When he is on the floor he can be one of the best ball movers in the country which will get him his usual 22-25 minutes behind Keyonte George plus there have been times when Bonner and George are on the floor together with Bonner running the point. Solid value here on a slate starved for cheap plays.

The 6-10 forward has led the Bulldogs in scoring and earning All-America honors the past two seasons and is averaging a team-best 20.0 points on 62.1% shooting this season. Baylor has allowed an average of 31.3 points in the paint in their three games against high-major competition this season which bodes well for the big man Timme who is averaging 7.4 boards along with his 20 points.

Tyson continues to lead the team in rebounds with 8.8 per game and is coming off a big boy performance against Penn State, with a career-high 24 points and 9 rebounds and where he actually had zero points at the half.  Tyson and PJ Hall, the team veterans reminded the nation how dangerous they can make Clemson when they’re paired together on the court and both playing well. They combined for 46 points in the double-OT win over Penn State this week. Tyson is the Tigers’ second-leading scorer (14.1 points per game) behind junior guard Chase Hunter’s 15.4 points per game.

Hall is recovering from a knee injury he suffered over the summer while simultaneously healing from foot surgery he had in the spring. Most of us remember how unbelievable he was playing at the end of last season, so even with the injuries expectations are going to be high. Hall finally made his first start of the season last game and played short shifts. He sat a lot the second half but picked it up in the double OT and finished with 31 DKFP. One of our all-time DFS favs will be popular tonight due to the price and is a cash lock but can be faded in some GPPs due to ownership. 30 minutes tonight?

On a slate starved for forward value enter Lohner. The BYU transfer adds versatility and experience to the Bears and is playing just under 18 minutes a game and getting the Bears 6.5 points, 5.0 rebounds, and 1.2 steals per game. He has scored double-digit fantasy points in four of his last five games and faced the Zags twice last season while playing for BYU. In the second of those two meetings, Lohner scored 17 points on 7-of-10 shooting from the field and also added five rebounds and two steals.