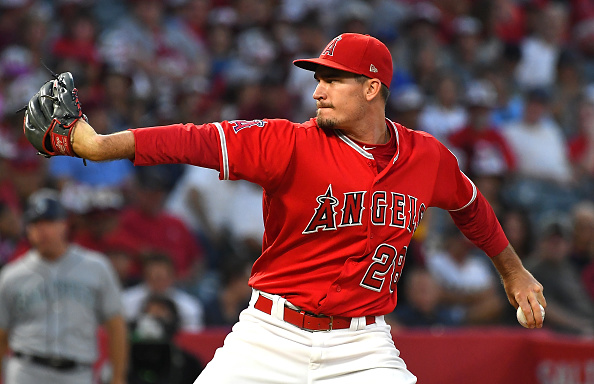 This coming week has a fine selection of top-tier two-start options among starting pitchers throughout both leagues. There are also a handful of available dual-appearance SP’s in the middle tier, some with low ownership percentages across fantasy platforms that you can consider in Week Nineteen. Of course, there are those pitchers you will want to avoid using, with a baker’s dozen populating the bottom tier.

There is some symmetry between the top and bottom tiers this week, with 13 pitchers in each of those groupings. You may want to use discretion with Archer, as his second start is against a tough Chicago Cubs team, but Heaney makes the upper group due to his two favorable matchups. The balance of these pitchers are the sort that you plug into your rotation and forget about.

Pivetta has struggled through a few rough patches this season, but the strikeout numbers have been elite, and he is working on a streak of two quality starts (QS) currently. He has demonstrated good control all season (2.48 BB/9 over his 119.2 innings in 2018) and has been able to keep the ball in the yard since the beginning of July, allowing just four dingers over those 33.2 innings pitched (IP). He has two home starts in Week Nineteen, although the first is against the Red Sox, not an ideal matchup, which is the primary reason he resides atop the middle tier this scoring period. 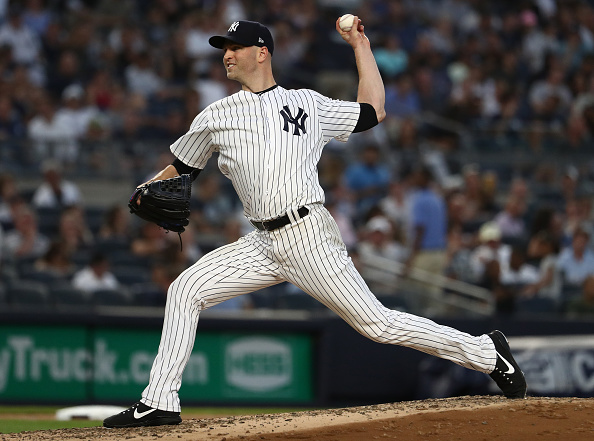 Happ is 2-0 since joining the Yankee rotation, both of those victories being QS although he did yield home runs in both appearances. He is an elite strikeout pitcher with good control, as witnessed by his 141:37 K/BB ratio this season through 22 starts. Week Nineteen finds him pitching at home for both his starts, against the Rays and Jays, a pair of good matchups as you could ask for.

Marquez continues the trend of top notch strikeout men leading off the middle tier in Week Nineteen, with his 9.72 K/9 ratio through 128.2 IP in 2018 to date. His two starts are on the road, and with Colorado hurlers, that is a good development, especially with the 23-year old right-hander, whose numbers away from Coors Field are excellent: 3.09 ERA, 1.04 WHIP and .206 batting average against (BAA).

Gonzalez is an inconsistent option on the mound, yielding too many baserunners to be truly trustworthy, as evidenced by his 1.48 WHIP (125 hits in 125 IP, plus 60 walks over the course of the season). His second start against the Marlins at home is where he looks tastiest for fantasy purposes, as the road start at St. Louis to open the scoring period is not as promising.

Sanchez took a ball off his calf in his most recent time on the bump, limiting him to just two innings against the host Nationals. He has been declared healthy though, and will take the ball for two home starts in Week Nineteen. He strikes out nearly a batter per inning pitched (8.79 K/9 through 86.0 IP) and offers average control. The ratio stats are extremely useful for fantasy owners: 2.83 ERA, 1.05 WHIP in 16 appearances/15 starts in 2018 for the Braves.

Barria is not a good source of quality starts, having only pitched into the sixth inning or later twice since the beginning of June (11 starts). Despite the innings limitation, however, he is putting up good ratio stats with a 3.59 ERA and 1.21 WHIP over 17 starts. He is pitching away from home for both his Week Nineteen starts, but that has not been a major issue for the rookie this season. He gets to take on the Padres and Rangers, both good matchups to boot, so if you can put up with the limited innings and mediocre strikeout numbers (6.57 K/9 in 87.2 IP), he is worth pursing for your rotation (owned in 8% of ESPN leagues and 11% of Yahoo leagues).

Borucki, a 24-year old southpaw, has only notched eight starts for the Blue Jays in 2018, and has fared well in the majority of those, with just a couple of blips on the radar. He sports an attractive 2.81 ERA currently, which is in accord with his 3.01 FIP. With just eight major league starts under his belt, the sample size is too small to worry about his home/road splits, but note that both his starts in the coming week are on the road, the second at Yankee Stadium, so the first trip to the rubber in KC looks more promising if you plan on dropping him into your rotation (10.5% ESPN/8% Yahoo ownership makes him a waiver wire option).

Gant is another SP who is subject to an early hook by his manager, having pitched six or more innings just three times in his 10 starts in 2018. He did put up a QS against Miami in his last start, but has a couple of tougher opponents on tap in Week Nineteen with the Nationals and the Brewers coming to visit. He is an average strikeout producer (7.66 K/9 in 69.1 IP) but struggles with his control (4.02 BB/9 through his 17 appearances), so any expectations should be limited if you feel a need to pick him up as a two-start option.

Hardy winds up the middle tier, and offers decent ratio stats (3.63 ERA, 1.18 WHIP) fueled by good control (19 walks in 74.1 IP, for a 2.30 BB/9). You should not employ his services if you need strikeouts though, as he offers just a 6.54 K/9 rate. He faces the White Sox at home, which is a positive, and despite his team’s difficulties against division-rival Minnesota, he is not a liability away from Comerica Park. He is just not exciting at all.

Gonzales and Quintana would normally be middle tier denizens, but neither of these pitchers are pitching well enough to merit that status at present. The balance of the tier is comprised of pitchers that will likely damage your ratio stats and fail to provide enough in the counting stat departments to justify the risk they pose to your fantasy endeavors. Just say no and leave them for someone else to take a chance on in Week Nineteen.