Looking for two-start pitchers for the upcoming week of MLB action? Ivar Anderson has the full list and tells you who to start and who to avoid for the 20th week of the fantasy baseball season. 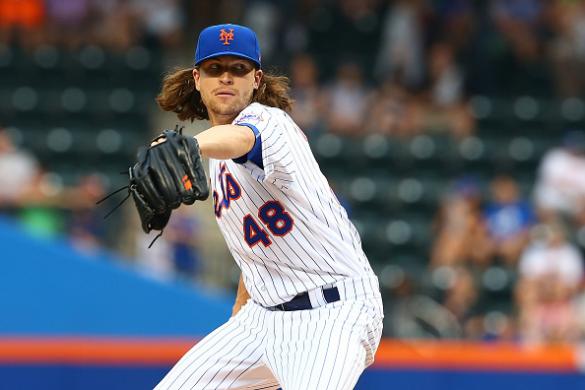 Yet another week with minimal top tier talent to place in your rotation and forget about, and certainly plenty of starters that you will want to avoid. The middle tier has more options than we have been seeing lately, however, and most of those pitchers are worth a gamble, at least for one of their starts.

Only six SPs make the upper echelon this week, so as the section heading says, start them if they are on your roster for both their appearances on the mound. Salazar has been on a roll since coming off the DL in July, racking up the Ks and driving down his ratio stats. The only concern is that he pitches on the road for both his starts in Week 20.

Peacock tops the middle tier, and he has been pitching deeper into games, making him a better option for victories and quality starts (QS). His first start against the Diamondbacks on the road gives pause for concern, but the second start against the A’s at home looks promising. He continues to post exceptional strikeout numbers, with an 11.45 K/9 rate and also keeps the ball in the park (0.5 HR/9), and his control is improving, with just 7 walks over his last 26.1 innings.

Gray slots in second in this tier due to his dominance at Coors, where he gets to pitch twice this scoring period. He is a good strikeout option (8.58 K/9), and generates more than his fair share of groundballs (2.10 GB/FB ratio), which helps explain how he pitches so well at home.

Lamet has been pitching well, having allowed two earned runs or less in each of his last four games. He is an elite strikeout artist but struggles with his control and the long ball (11.20 K/9, 3.69 BB/9, 1.5 HR/9). The first start against Philly is the best bet for him to bring home a victory, as his second outing is against the Nationals, albeit at home for the second start.

Eickhoff started off terribly with a 0-7 record, but has been pitching much more effectively of late. He has three QS in his last four trips to toe the rubber, and provides good if not great strikeout potential with a 8.16 K/9 rate on the season. He has control issues, however, but has also been a bit unlucky as evidenced by an inflated .330 BABIP. Although both his starts are on the road, the opponents are not exactly powerhouse offenses.

Blach has been an effective back-of-the-rotation SP for the Giants, racking up six QS over his last seven starts. He does not miss that many bats, striking out just under four and a half batters per nine innings. He relies on his sharp control (1.90 BB/9), limiting the homerun ball (0.7 HR/9) and generates an extreme amount of grounders from the opposing hitters (1.64 GB/FB rate over 128 innings in 2017). His opponents are certainly not top-line offenses, and both his venues in Week 20 are pitcher-friendly.

Estrada has tossed three consecutive QS and has struck out 18 hitters over those 21 innings. He did walk three in his last appearance, no surprise given how he has struggled with his control this season. A 4.85 ERA and 1.40 WHIP on the season suggests that he is somewhat risky for fantasy purposes, but his home/road splits indicate that his start at Toronto against Tampa Bay is his best chance for continued success this coming week.

Bauer still has an inflated 4.79 ERA and 1.42 WHIP, despite allowing just a single run in each of his last three starts. He is striking out hitters at an exceptional pace (9.95 K/9 over 22 starts) but has control problems (3.29 BB/9). He is effective at inducing opposing batters to drive the ball into the ground, also, with a 1.75 GB/FB rate on the season. He has struggled on the road this season, which makes him a higher risk option in Week 20 as both of his starts are away from home.

Castillo has averaged nearly a K per inning over his 10 starts, but that rate is beginning to fall in his most recent starts. He has two road starts in Week 20, but has pitched better away from Cincy, so that is not a negative for him. He does have an unsustainable .260 BABIP, so some regression is to be expected in the future. He also struggles to find the plate at times, as witnessed by his 3.88 BB/9 over his 60.1 innings.

Leake’s ratio stats look enticing (3.48 ERA, 1.28 WHIP) but his lack of strikeout dominance and his tendency to yield hits makes him a risky fantasy starter. His 4.05 FIP also hints at some regression in those nice ratios. He has two road starts in Week 20, but his home/road splits do not make this a reason to avoid installing him in your lineup. The two tough matchups are the reason you want to exercise caution with him this week.

Teheran has been awful at home this season, with a 7.07 ERA and 1.59 WHIP over 62.1 innings in 2017, which makes his second start against the Reds one to avoid on general principles. Of course, the first start in at Coors Field, so he is a very risky SP this week.

Colon’s season has taken a turn for the better following his move from Atlanta to Minnesota. He has a 4.02 ERA over his six starts for the Twins, and collected two victories against one loss over those 35.1 innings. He has a tough schedule this week, though, taking on the Indians and Diamondbacks, but at least the two games are home contests. Still, how long can the rebirth of the 44-year old righty continue? He makes for a risky option just based on the competition in Week 20.

Fister is backed by a strong offense that should help him pick up wins so long as he can continue to miss bats and avoid handing out free passes (15:4 K/BB over his last three outings). His two starts this coming week are at Fenway Park, but are also against the Indians and division-rival Yankees. Given his prior stretch of appearance before the past two gems, it is suggested that you exercise caution if you decide to use him this scoring period.

Hendricks is not pitching deep into games, and has pitched seven innings just once over his past six starts, his lone QS over that period. He is not much of a strikeout pitcher with a mediocre 7.51 K/9 over his 82.2 innings. He does exhibit decent control (2.83 BB/9) and induces a ton of grounders as evidenced by his 1.94 GB/FB rate in 2017. He does have two home games this week, but his home/road splits do not signify that to be a huge advantage for the right-hander.

Quintana, teammate to the SP profiled just above, also has two home games this week, against the Reds followed by a tilt against the Blue Jays, also just like his teammate Hendricks. He has been somewhat less effective at Wrigley Field since coming across town in mid-July, so there is that concern. Also, the ball has been leaving the yard at an alarming rate this season, with a 1.3 HR/9 rate on the year, and six in his last five starts. Use him for the Ks, but be wary of his propensity to give up the long ball.

None of these pitchers are trustworthy for two starts, but if you need a body to throw out there, a couple could be used as streaming options, notably Nova at home against the Cards, and McHugh when the Astros face the A’s in Houston. Other than a desperate streaming need, you should avoid starting any of these pitchers. 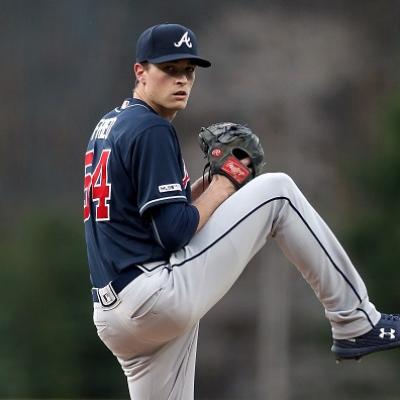 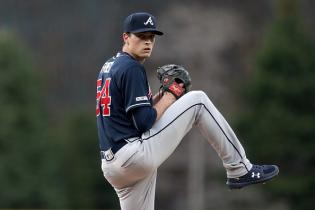 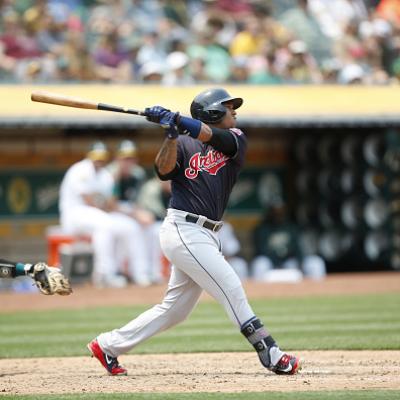 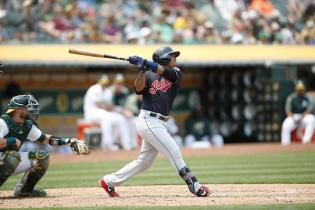 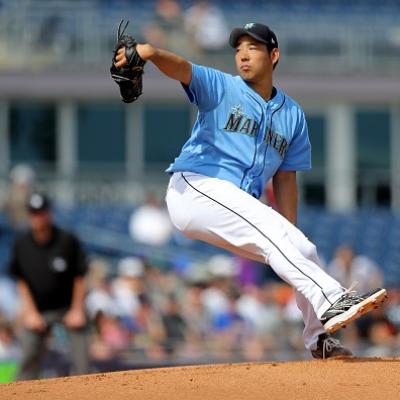 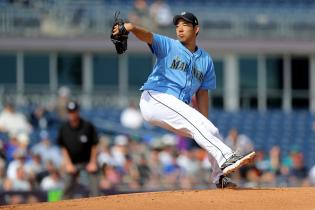 I. Vargas - 2B
CHI
Pirates claimed INF Ildemaro Vargas off waivers from the Cubs.
Vargas will remain in the division after being designated for assignment over the weekend. Trey Stokes Jr. was removed from the 40-man roster in a corresponding move.
Added 3:21 pm (EST)
Added 3:21 pm (EST)

M. Moustakas - 3B
CIN1
Mike Moustakas (heel) is absent from the Reds' lineup again on Monday against the Giants.
Moustakas also sat out Saturday and Sunday due to a right heel bruise. It's unclear when he'll be ready to return. Kyle Farmer will cover first base duties in his absence.
Added 3:02 pm (EST)
Added 3:02 pm (EST)

N. Senzel - CF
CIN1
Nick Senzel will start at third base Monday against the Giants.
Senzel is at the hot corner for the second straight game after missing some time with a heel injury. Eugenio Suarez is once again playing shortstop.
Added 2:42 pm (EST)
Added 2:42 pm (EST)

K. Bubic - RP
KC
Kris Bubic will start Tuesday against the Brewers.
In turn, Brad Keller will make the start on Wednesday. Bubic again bailed out the Royals following a brief outing by Daniel Lynch last week and will now make the move into the rotation. The 23-year-old posted a 4.32 ERA in 10 starts as a rookie last year and is at least worth adding in AL-only formats.
Added 2:39 pm (EST)
Added 2:39 pm (EST)

A. Pujols - 1B
LAA
Dodgers signed 1B Albert Pujols to a one-year contract.
The deal was reported over the weekend and is now official. Pujols has reportedly agreed to taking on a diminished role, likely seeing most of his at-bats against left-handers and/or in a pinch-hitting capacity. The 41-year-old has hit well against southpaws in two out of the last three years, so perhaps the Dodgers could catch some lightening in a bottle. Don't expect fantasy-relevance here, but it should certainly be interesting.
Added 2:27 pm (EST)
Added 2:27 pm (EST)