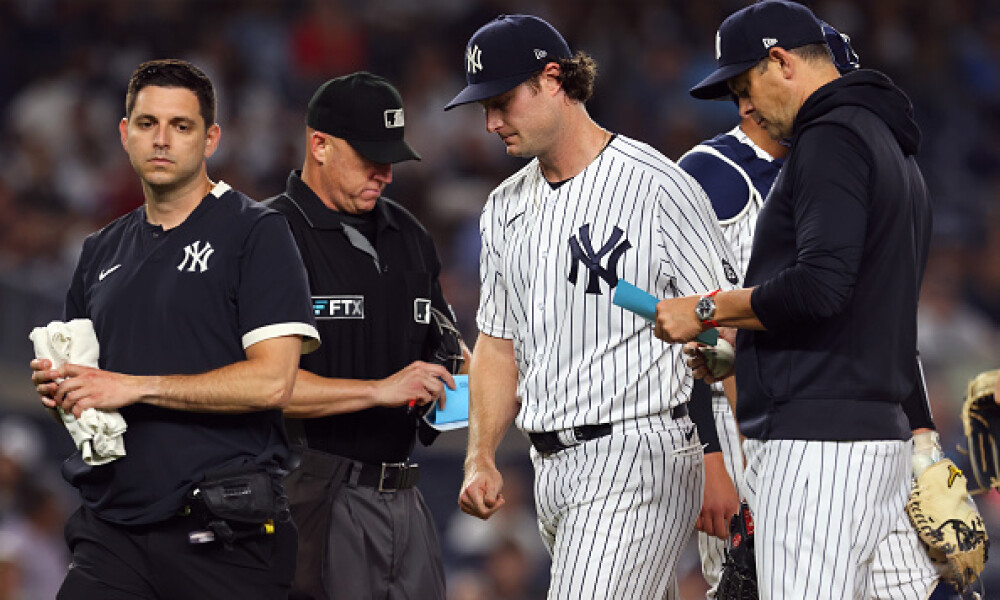 The tiers below are nearly evenly balanced, with the top and bottom tiers holding two extra arms each over the middle group. The ability of deGrom to fulfill his projected dual start promise is up in the air, with his recent shoulder soreness issue, but cross your fingers if you have the top SP in baseball on your roster.

These 11 hurlers are the ones you want to plug in to your rotations and then forget about them in Week 13. If deGrom has recovered from his shoulder soreness, count yourself fortunate indeed, although fantasy owners live in an age of increased use of the IL, to be sure. Desclafani has truly blossomed since leaving Cincy and landing in San Fran, although his former teammate Mahle is doing well for the Reds, albeit much more so away from the Great American Ballpark.

Gibson has been a model of efficiency since his second start of the season, twirling 11 quality starts (QS) out of a dozen starts, not allowing more than three earned runs in any of those appearances. The only real downside for his fantasy owners is the below average K rate (7.1 K/9 through 77.2 IP. His advanced metrics hint that some negative regression will be in the future for the veteran righthander, as a 2.09 ERA is unlike to stick around all season with the temperatures rising. On the plus side of the ledger, he has two home starts on tap and he has been absolutely superb at Globe Life Field in 2021.

Skubal, on the other hand, is racking up a prodigious number of swings and misses, posting an excellent and attractive 11.0 K/9 rate through his 66.0 IP to date. He has been pitching well of late, with a 2.67 ERA over the past five times he has trotted out to toe the rubber, although his lack of control (4.0 BB/9 through his most recent 27.0 IP) is inflating his WHIP. He does have a pair of home starts ahead of him in Week 13, even with less than perfect matchups in those contests at least the mound opponents are not overly daunting.

Stripling was tagged with a loss in most recent trip to the bump, despite holding the Yankees to just three earned tallies and collecting nine Ks over his 6.2 IP. He has a 2.45 ERA and 0.92 WHIP over his most recent 29.1 IP (five starts), and has been doing well missing bats (9.6 K/9 in 2021) with good control (2.7 BB/9 over his 54.1 IP. He heads to Miami and that pitcher-favoring park for his first Week 13 start, and then wraps the week facing the Orioles at home, both good to great matchups.

Kaprielian has held opponents to two or less earned runs in five of his six starts, and is striking out better than a batter per inning (9.7 K/9 through his limited 32.1 IP this season. He sports attractive ratios: 2.51 ERA and 1.18 WHIP to date. These next two starts, however, are on the road, making him a tad less attractive as a dual start option, although there is little to doubt about his production so far this season.

Yarbrough becomes a more important part of the Ray pitching attack, now that Tyler Glasnow is sidelined for what is expected to be an extended IL stint due to elbow issues. Apart from being roughed up by the White Sox in his last start, he had been effective with four QS out of five appearances, handing out a paltry four free passes over that 31.1 IP stretch. Both upcoming times on the mound in Week 13 are at home, although he has been consistent on the road or at the Trop.

Irvin features a useful 3.89 ERA and 1.26 WHIP through his 14 starts coming into the scoring period, and he has acquitted himself quite well while away from home this season, so two road games are not an impediment to employing his services in his two-start week. He relies on his control, as his ability to miss bats is below average at best (6.2 K/9 through 81.0 IP this season). His underlying metrics indicate that his current useful production is likely to continue with interruption.

Oviedo was impressive in his most recent time on the hill, holding the visiting Marlins scoreless over 7.0 IP. He will look to build on that success as he prepares for a pair of good matchups, heading to Detroit and then taking on the Pirates at home, with Pittsburgh being 15 games under .500 on the road as of the crafting of this article.

Eflin has superb control, and offers better than average K results while on the hill (1.1 BB/9, 8.8 K/9) although to be honest, the balance of what he offers in statistical production is purely pedestrian. He has not collected a victory since May 7th, although he does have 8 QS to his credit among his 13 starts. Facing the Nationals at home in his first start this coming week is the best time to use him, as the Mets are tough to beat when they host an opponent at Citi Field.

Speaking of pedestrian, until he held the Cardinals scoreless over 7.2 IP in his last appearance, that has been the signature of Morton’s season. He currently features an uninspiring 4.03 ERA, although the 1.21 WHIP is not something to discard and while the K rate looks good overall (10.0 K/9), he has been inconsistent in generating whiffs. Two road contests depress his value this week, even with the two starts.

At times, some of these arms in the bottom tier are worth consideration as streaming options. Not so this week, sorry to say. Simply avoid these SPs if you value your counting and ratio stats, and you will be much more content when the scoring period is done and over.

Flexen has a superb matchup, with the Rockies coming for a visit to the Pacific Northwest early this scoring period. The 26-year-old righthander is coming off a dominant victory over the Twins, where he held them scoreless over eight complete innings on four safeties and no walks, while collecting eight Ks.

Smith threw a season-high 6.0 IP against the Dodgers in a fine effort where he held them scoreless on a single hit, although he did walk four opposing hitters. To say his team is struggling, working on a current 15 game losing streak, is an understatement, but that does not negate the 29-year-old southpaw’s efforts on the hill. He should be good for Ks against the free-swinging Brew Crew offense, too.

Ober is sticking in the rotation for Minnesota at present, and will provide good K numbers in his limited innings, with an 11.1 K/9 ratio in evidence so far this season, to go with a superb 1.1 BB/9 over his 17.1 IP. Granted, small sample size does not a season make, but in his trip to toe the rubber, he avoids plying his trade on the road in Cincy, so that is a positive.

Fedde added to his 20-inning scoreless streak by shutting out the Mets for seven frames, scattering two hits and four walks while also racking up six Ks. He takes his streak of zero allowed runs on the road for this contest, heading to Philly but his road numbers are superb so far this season, so that is not a huge concern. His groundball inducing tendencies should also serve him well in the City of Brotherly Love mid-week.

Manning steps up on the hill to make his second MLB start, this time at home, against the visiting Cardinals. He took a loss in his first appearance in the Tiger rotation, although he pitched well, allowing just two earned runs on a pair of walks and four hits. Only three Ks in his initial outing for Detroit, although his minor league numbers hint at better production in the whiff-zone to come. The Tigers are developing a good, young rotation, and the 23-year-old righthander is going to make a case to stick in there with the other developing arms.

The Met four-year southpaw has stepped up his game considerably of late, compiling a superb 1.19 ERA, 0.93 WHIP and 9.5 K/9 rate over his last five starts (22.2 IP). He gets to face the division rival Braves at Citi Field, where he has been dominant, albeit only over 12.0 IP this season.

The 23-year-old lefty is offering up great ratios over his last three games, all starts: 2.57 ERA and 0.93 WHIP, with a 9.0 K/9 and 1.9 BB/9 set of rates. Not the ideal matchup, no matter where you face the A’s this season, but it is a home game where he has been achieving better results in his limited innings pitched.

The five earned runs allowed over his last four starts would shine brighter were the veteran southpaw pitching deeper into the contests he starts. On the plus side, he heads to a pitcher-favoring park to take on a last-place opponent. He is the best streaming option for Friday, however, if you need to plug an SP into your lineup.

Any SP is worth considering when he faces the Colorado bats away from Coors Field. Houser brings the added benefit of a pitcher on top of his game recently, having posted an eye-opening 1.71 ERA and useful 1.14 WHIP over his last four starts, comprised of only 21.0 IP admittedly. As with Lester above, though, the Milwaukee righty is the best streaming option on Saturday.

Sandoval is working on a two-game QS streak, and with a scheduled contest against the visiting Tigers before this game could conceivably be looking to rack up number 4, but let’s not count our chickens too early. He offers average K potential, and also relies on inducing groundballs to be effective, despite having questionable control (3.5 BB/9 on the season). Facing the Rays on the road is not an ideal matchup, but as with the previous two SPs profiled, he is the best available on this afternoon’s slate.