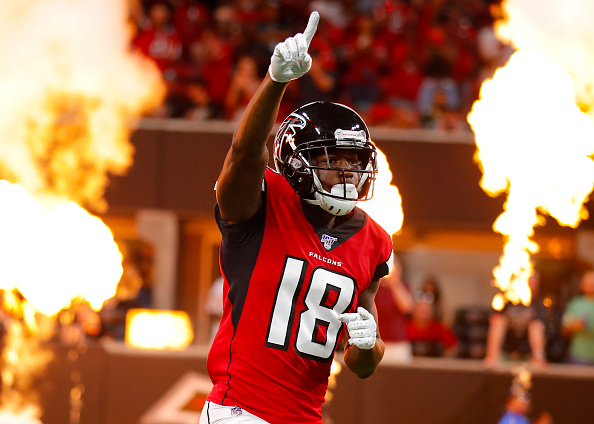 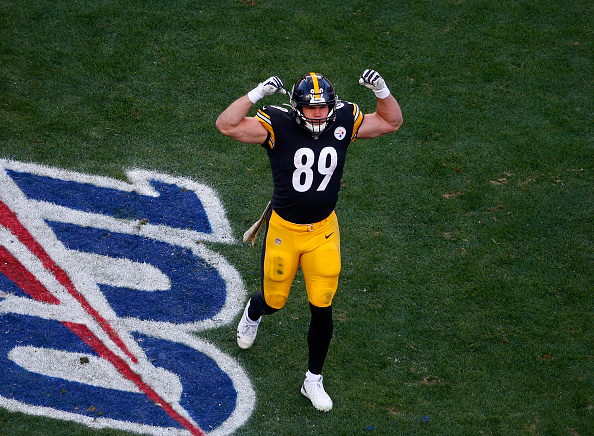 James Washington has become a must play. It hasn’t been pretty over the past couple weeks, but Washington has really racked up the production. Despite awful quarterback play between Mason Rudolph and Devlin Hodges, Washington continues to put up numbers. He has just seven catches in the last two weeks, but they are good for 209 yards and two touchdowns. Washington has super cushy match-ups in two of the last three weeks of the fantasy playoffs with games against the Cardinals and Jets sandwiched around a game with the Bills. No matter who is the quarterback and whether JuJu Smith-Schuster is healthy or not, Washington looks to be a great option in the last few weeks of the year.

Dede Westbrook is the best receiver on Jacksonville. Chark disappointed in a major way in Week 13 against the terrible Bucs secondary, but it was Dede Westbrook who had the touchdown catch. He has 13 receptions in the last two weeks, and looks to be set up in the next three match-ups. While Chargers corner Casey Hayward is set to blanket D.J. Chark next week, Westbrook will face a slot corner and then two terrible defenses in the Raiders and the Falcons to finish the fantasy regular season. While Chark has been the go to guy for most of the season, it will be Westbrook who finishes the last three weeks as the fantasy darling.

Jared Goff still stinks. The Rams quarterback had his best game of the season with 424 yards and two touchdowns against the Cardinals, but that doesn’t change the fact that Arizona has been an awful defense. However, in the three weeks before that Goff had under 600 total passing yards and he hadn’t thrown a touchdown pass. He has two tough games against the Cowboys and 49ers in Weeks 15-16, and he plays Seattle in Week 14 who had had only one touchdown pass against the first time they played. Goff had a great game on Sunday, but don’t buy into it and trust him for the rest of the 2019 season.

Patrick Mahomes won’t throw for three touchdowns for the rest of the year. He hasn’t been the same since returning from the dislocated kneecap a couple weeks ago. It has been a rough season for Mahomes with injuries between the knee and the ankle injury. He has only thrown the ball 61 times in the last two games, and hasn’t thrown for 200 yards in either of the last two weeks. He clearly isn’t 100 percent even though he is still out there each and every week. The Chiefs play against the Patriots, Broncos, and Bears in the last three weeks, and it certainly doesn’t seem like Mahomes will be having a monster game for the rest of the 2019 season.

Calvin Ridley over Julio Jones rest of season. Jones has a shoulder injury that cost him the Thanksgiving night game. He also will face the better corner in each of the next three weeks with James Bradberry , Richard Sherman , and A.J. Bouye . While both will take a bit of a hit with the return of Austin Hooper , but it appears that Ridley is healthier and he is also a bit more dynamic at this moment. In no way am I saying to stop playing Julio in the last few weeks of the season, but Ridley certainly could have better stats in the final few weeks. 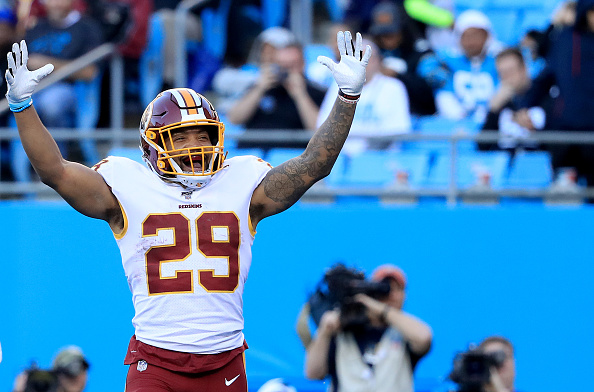 Derrius Guice will score five touchdowns in the last four weeks. He has three touchdowns in the last three weeks, and Guice looked explosive with two touchdowns on 12 touches in Week 13. The second year back didn’t have as many carries as Adrian Peterson , but Guice had the important carries when the game was still in question. He will continue to get more carries and touches than Peterson in crunch time. Guice faces three easy run defenses down the stretch with the Packers, Eagles, and Giants and should easily have multiple touchdowns in at least two of those. Guice will help bring fantasy championships to your trophy cases.

Odell Beckham will have 100 receiving yards per game the rest of the way. While it was another awful game for Beckham in Week 13, he has some great match-ups the rest of the way. The Bengals defense is about as bad as they come, and after that he faces the Cardinals who allowed over 400 yards to Jared Goff . He will have a tough match-up against the Ravens in the fantasy championship round, but Beckham should have very favorable match-ups in the next few weeks. With three match-ups against some of the worst defenses in the last four weeks, Beckham should get hot to end the year and help lead you to a fantasy championship.