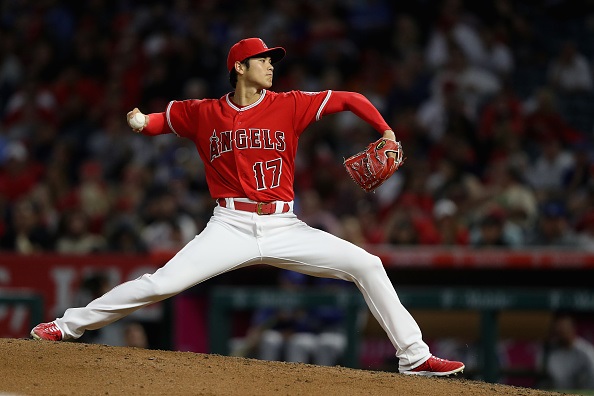 It’s been a crazy week for us fantasy baseball players as it appeared that the young MLB season might grind to a halt due to the cluster of positive coronavirus cases within the Marlins franchise. More recently the Cardinals were hit with a mini-cluster of positive COVID-19 cases within their organization, but according to MLB commissioner Rob Manfred, the baseball season will not be canceled, well at least for now. In an interview with ESPN he said that “we are playing”.

Of course, COVID-19 wasn’t the only reason that baseball players were hitting the IL over the past week. Once again we’ll take a closer look at some of the injuries to fantasy relevant players that we fantasy players will have to work around as we head into week three of the 2020 MLB season.

Ohtani was scheduled to have an MRI after feeling discomfort in his arm following his second ugly start of the season this past Sunday. So far in his first two starts since undergoing Tommy John surgery, he’s thrown a total of 1.2 innings, given up eight walks and has a 37.80 ERA. The velocity on his fastball improved from his first start of the season.  His fastball averaged 93.3 mph in his first start, but crept up to 94.4 mph on Sunday. The average velocity on his fastball prior to his Tommy John surgery was 97.4. The results of his MRI were not yet known at the time this article was being written. In a bit of good news for the Angels Julio Teheran (COVID-19) is getting closer to returning to the team. He threw a simulated game last Thursday and although Angels manager Joe Maddon said the game results weren’t very good, Teheran’s velocity was improving. He’s still at least a week away.

The Cardinals announced that Mikolas is scheduled to undergo surgery to repair the flexor tendon in his right forearm and will miss the remainder of the season. Daniel Ponce de Leon took Mikolas’ place in the Cardinals starting rotation this past Wednesday. Ponce de Leon struck out eight batters in three and 2/3 innings, but also gave up three runs in his first start of the season. He could have some upside and is worth keeping on your watch list.

Strasburg, who was dealing with a nerve impingement originating from his wrist, is getting closer to being able to return to the Nationals rotation. He threw a bullpen session on Sunday and didn’t report any additional discomfort. He’s slated to throw another bullpen session on Wednesday. It’s looking like he’s about a week away from making his first start of the season.

The Star Tribune reports that Odorizzi’s back is healthy enough for him to be able to join the Twins rotation but the team is being overly cautious in order to ensure that he doesn’t face any setbacks. The Twins can afford to take their time in reinstating Odorizzi based on the great job Randy Dobnak has done as his replacement in the rotation. In two starts he’s posted a 1.00 ERA and 1.111 WHIP.

After having to exit his first start of the season for the Rangers after just one inning, Kluber was diagnosed with a Grade 2 strain of the teres major muscle in his right shoulder. He was placed on the 45 day IL and if he does eventually pitch again this season it will be in a relief role. It’s safe to drop him from your fantasy roster.

The Red Sox announced that Rodriguez would not pitch this season due to his being diagnosed with myocarditis, a heart condition often caused by viral infections like the coronavirus. Rodriguez was hit hard by COVID-19 and we wish him well.

Chapman (COVID-19) has been cleared to rejoin the Yankees and will begin throwing off the mound this week. Once he’s game ready he’ll take back his closer’s role currently being held by Zack Britton . Chapman’s return comes at a great time for the Yankees bullpen as Tommy Kahnle , a good resource for fantasy players in leagues that track holds, will undergo Tommy John surgery and miss the rest of the season.

Giles hit the IL this past week and an MRI confirmed that he is suffering from a forearm strain. He received a platelet-rich plasma injection and will be reevaluated in mid-August. Anthony Bass has filled in as the Blue Jays’ closer

Davis was placed on the 10 day IL due to a right shoulder strain. With Scott Oberg moved to the 45 day IL due to blood clots in his throwing arm, Jairo Díaz will be in line for some save opportunities until Davis is ready to pitch again. There is no immediate timeline for Davis’s return. Rockies manager Bud Black also suggested that Carlos Estévez might be in the mix for some save chances.

Hosmer was placed on the IL after missing four straight games due to gastritis, which causes inflammation in the stomach’s lining. The San Diego Union Tribune reported that Hosmer has been dealing with flu-like symptoms for months. Ty France and Jake Cronenworth have both played some first base during Hosmer’s absence.

The Reds placed Votto on the IL after he self-reported COVID-19 like symptoms to the team on Sunday morning. He has not tested positive for COVID-19. Similarly Reds second baseman Mike Moustakas self-reported symptoms last week. He spent three days on the IL before he won an appeal to be reinstated. Matt Davidson started at first base for the Reds on Sunday. Ironically, Davidson had been on the IL for six days after he tested positive based on an expedited diagnostic test that is now thought to have returned a false positive.

Anderson was placed on the IL with a strained right groin. Leury García is expected to get the majority of the starts at shortstop in place of Anderson. Garcia moving over to shortstop from second base will allow recent rookie call up and second baseman Nick Madrigal regular at bats in the White Sox lineup. Madrigal got off to a slow start in his first few games in the big leagues but he’s an excellent contact hitter and had a four hit game on Sunday.

Simmons was placed on the IL after suffering an ankle injury this past Monday. According to Simmons, this ankle injury isn’t as bad as the one that cost him over a month of last season and he’s already regaining some of his range of motion. Simmons actually made two separate trips to the IL due to injuries to the same ankle last year. The fact that Angels didn’t feel he needed to have an MRI on the ankle could be an encouraging sign. Simmons was originally expected to be sidelined until mid-August. David Fletcher , who enters Monday’s action batting .368, has taken most of the starts at shortstop in place of Simmons, and Luis Rengifo was activated off the IL and starting at second base for the Halos.

Seager is dealing with a couple of nagging injuries. He was kept out of Sunday’s Dodgers lineup due to a left quad issue. Seager had also been removed from this past Saturday night’s game after he fouled a ball off of his calf. The Dodgers have a deep team with a lot of moving parts. Chris Taylor filled in at shortstop on Sunday. Kiké Hernández can also play some shortstop if needed. Seager is considered day-to-day.

Bryant was sidelined this past weekend, after self-reporting some gastrointestinal issues he’s be experiencing, and was placed in MLB’s COVID-19 protocol. As this article was being written Bryant was scheduled to take his fourth COVID-19 test in four days. His previous three tests (taken on Friday, Saturday and Sunday) all came back negative. Ironically, Bryant vocally applauded Mike Moustakas for self-reporting his symptoms last weekend. If Bryant’s next test result is negative, he could be allowed to return to action on Tuesday against the Royals. Stay tuned.

Donaldson left Friday night’s game due to tightness in his right calf and sat out Saturday and Sunday’s games against the Indians. According to the Twins it’s a minor injury, but Donaldson has a bad history of slow healing calf injuries. He missed more than three months of the 2018 season due to a left calf injury and also missed 38 games in 2017 while nursing a right calf strain. Marwin Gonzalez has been filling in for Donaldson at the hot corner but Twins manager Rocco Baldelli suggested that Ehire Adrianza and Luis Arraez could also play some third base as well.

Betts was removed from Sunday’s game against the Diamondbacks due to a sore left middle finger. He appeared to suffer the injury on a swing in the fifth inning, but managed to hit a home run in the same at bat. Betts remained in the game until the seventh inning, when he was lifted for a pinch hitter. Manager Dave Roberts told reporters that Betts experienced some swelling on the middle finger of his left hand. He is considered day-to-day.

Soto, who strongly believes he received a false positive COVID-19 test result, has been cleared to return to the Nationals. He played in an intrasquad game with the Nationals this past Saturday and hit a home run. Soto told reporters on Saturday that he was aiming to rejoin the Nationals lineup by Wednesday.

Santana hit the 10-day IL due to tightness in his right forearm near his elbow. Santana had just one hit in 17 ABs this season and was having trouble throwing the ball. Scott Heineman and Nick Solak have been filling in for Santana in centerfield.