Eric Hosmer went 3-for-3 with a two-run homer, three RBI, two runs scored, and a walk Friday in a 4-2 win over the Diamondbacks.

Hosmer led off the second inning with a single off of Merrill Kelly, then launched a two-run shot to right-center to put the Padres up by three runs in the third inning. After drawing a walk in the fifth, he reached base a fourth time with an RBI single in the seventh. All three of Hosmer's hits were of the hard-hit variety (95+ MPH), including the home run that came off the bat at 107.8 MPH. It was the 31-year-old first baseman's second home run in as many days to start the season. Hosmer should be in position to drive in plenty of runs this season hitting in the heart of a stacked Padres lineup.  Apr 03 2:31 am (EST) 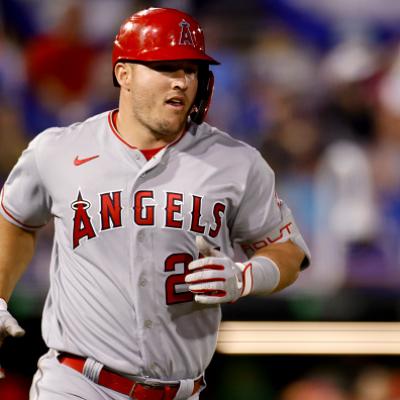 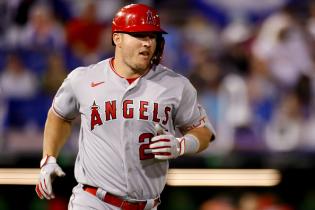 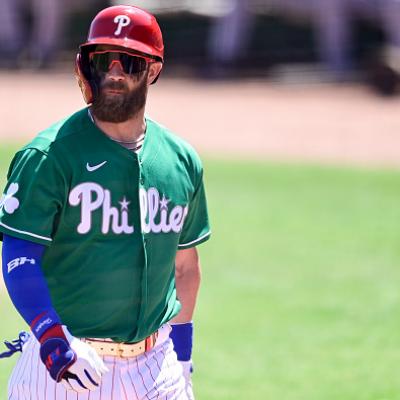 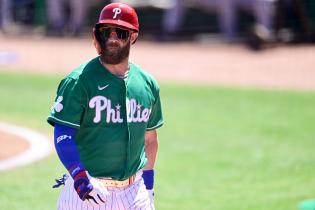 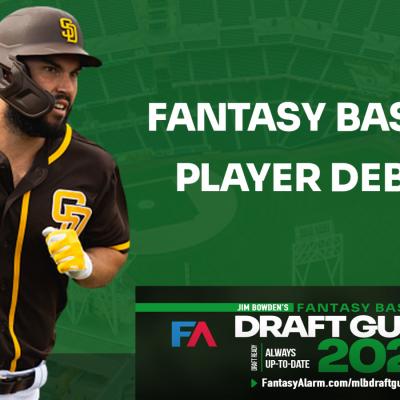 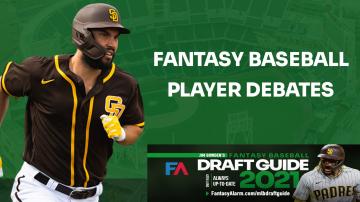 MLB France delivers walk-off hit in the ninth vs HOU

B. Gardner - LF
NYY
Brett Gardner is starting in left field and batting sixth for the Yankees in Saturday's game against the Rays.
Clint Frazier's slow start at the plate appears to have opened the door slightly for Gardner to get some expanded playing time in left field early this season. The 37-year-old veteran outfielder is hitting .286/.423/.381 with four runs scored and one RBI in 27 plate appearances. He isn't the answer to the Yankees' offensive struggles, but there's a chance his veteran leadership helps turn things around towards the bottom of their batting order.
Added 10:22 am (EST)
Added 10:22 am (EST)

B. Lowe - 2B
TB1
Brandon Lowe is not in the Rays' starting lineup for Saturday's game against the Yankees.
Lowe will grab a seat on the bench, with lefty-masher Mike Brosseau starting at the keystone, against Yankees' southpaw Jordan Montgomery. The 26-year-old second baseman owns a lackluster .235/.311/.488 triple-slash line versus left-handed pitching in his career. He's just 1-for-14 against lefties this season. He should be back in the starting lineup to face righty Gerrit Cole in the series finale on Sunday.
Added 10:14 am (EST)
Added 10:14 am (EST)

J. Rojas - 2B
ARI
Josh Rojas is not in the Diamondbacks' starting lineup for Saturday's matchup against the Nationals.
Rojas has been mired in a prolonged slump at the dish to open the 2021 campaign, hitting .065 (2-for-31) with nine strikeouts and five walks across 36 plate appearances. The versatile 26-year-old utilityman generated plenty of buzz with his stellar performance in the Cactus League earlier this spring, but he's really struggling at the plate right now. Nick Ahmed is starting at shortstop, with Pavin Smith at first base and Josh VanMeter at the keystone in this one.
Added 10:09 am (EST)
Added 10:09 am (EST)

V. Robles - CF
WSH1
Victor Robles is not in the Nationals' starting lineup for Saturday's game against the Diamondbacks.
Andrew Stevenson is starting in center field and batting sixth in the early-afternoon affair. It appears to be a routine day off for Robles, who opened the 2021 campaign atop the Nationals' everyday lineup, but has been knocked from that lofty perch in recent days. He's batted eighth or lower in three consecutive games, after spending eight games at the top of the order to open the season. The 23-year-old outfielder possesses one of the most exciting skillsets in the fantasy landscape, but he doesn't offer much upside if he's marooned at the bottom of the lineup. Where he slots into a loaded Nationals' lineup will have a massive impact on his fantasy contributions, especially from a counting stats standpoint, moving forward.
Added 10:02 am (EST)
Added 10:02 am (EST)

G. Springer - CF
TOR1
Rob Longley of the Toronto Sun reports that the Blue Jays are hopeful that George Springer will make his season debut before the end of their current 10-game road trip.
The Blue Jays will visit the division-rival Red Sox and Rays, following the conclusion of their weekend series with the Royals, which means there's a chance Springer could be back in action by next Sunday, at the latest. The 31-year-old outfielder didn't travel with the team to Kansas City, and has been sidelined since late March due to an oblique injury and a strained quad. Barring any setbacks, he should make his Toronto debut at some point next week.
Added 9:51 am (EST)
Added 9:51 am (EST)

T. Hernández - RF
TOR1
Rob Longley of the Toronto Sun reports that Teoscar Hernandez (COVID-19) is no longer experiencing symptoms.
Hernandez tested positive for COVID-19 earlier this week. If he's no longer experiencing symptoms, and clears COVID protocols, he could return to the Blue Jays' lineup at some point in the near future. The 28-year-old outfielder has gotten off to a slow start at the plate, hitting .207 with one long ball and two RBI across 29 plate appearances.
Added 9:46 am (EST)
Added 9:46 am (EST)

B. Kriske - RP
NYY
Yankees recalled RHP Brooks Kriske from their alternate training site.
Kriske surrendered six runs on three hits with an 8/7 K/BB ratio across 3 2/3 innings (four appearances) with the Yankees during the pandemic-shortened 2020 campaign.
Added 9:34 am (EST)
Added 9:34 am (EST)

A. Kirilloff - LF
MIN
Twins optioned OF Alex Kirilloff to their alternate site.
Kirilloff served as the Twins' 27th man for their doubleheader against the Red Sox on Wednesday. He went 0-for-3 with a strikeout over the twin-billing. He's an extremely talented prospect, but there simply isn't an everyday role for him on the major-league roster right now.
Added 9:23 am (EST)
Added 9:23 am (EST)