Howard Bender gives you the hot takes rundown from all the action fantasy football owners saw during Week 13 of the NFL season. 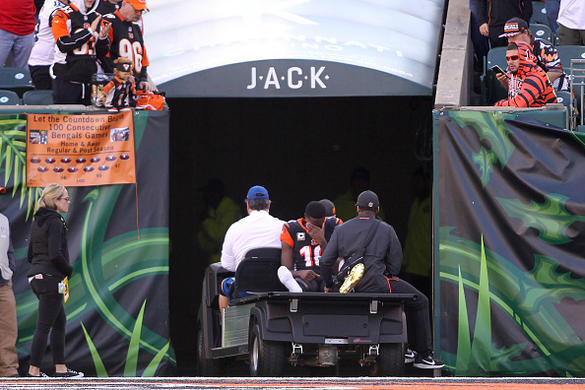 Feeling a little salty today after getting knocked out of my fantasy playoffs in my favorite league – Jam On Fantasy Football. I don’t wanna talk about it and I don’t wanna hear of any silver linings to try and make me feel better. This is going to be a day of bitterness and that’s just that.

Here are your stupid Hot Takes from stupid Week 13….

Well there it is, folks. You started your prep back in June, religiously studied the breakdowns, the free agent movement, the systems, the coaching changes, everything. You drafted an amazing team and as you head into Week 13 of the fantasy regular season with that swanky 11-1 record….BAM!!! It’s revealed how your star running back is a misogynistic a-hole who doesn’t know how to keep his hands to himself. Way to go, Kareem Hunt ! The NFL is, once again, humiliated, the Chiefs are embarrassed and now Hunt is out of a job. Those 1,202 all-purpose yards and 14 touchdowns that helped carry your team to the top of the standings are gone and you’re never getting them back. Sure, maybe you were wise enough to handcuff him to Spencer Ware , but did that really work for you this week? He had 14 carries against a soft Oakland run defense and he managed just 47 yards and got to punch in a 1-yard TD run. In the passing game, he saw one target he turned into one catch for five yards. Sure, the totals aren’t terrible, but they weren’t Kareem Hunt -like and you have to now watch for Damien Williams who Andry Reid plans on mixing in. Oh yeah, and let’s not forget about the rumors of the team signing C.J. Anderson and meeting with Charcandrick West . Way to go, Kareem! Thanks for ruining our fantasy seasons.

If you haven’t already, you can probably just let go of LeSean McCoy and anyone who qualifies as a running back on the Ravens. They’re useless. Sure, Gus Edwards rushed for 82 yards on 20 carries yesterday, but talk about vulturing touchdowns. For the second-straight week it’s been Edwards doing all the work between the 20s and as soon as they get into the red zone, Jackson only has eyes for himself. Allen does the exact same thing, though because he’s always in shotgun mode, he’s also poaching between the 20s as well. He had 99 yards last week and 135 this week. How is McCoy supposed to build any sort of momentum when Allen continues to hold the ball for himself? Neither will survive in the NFL if they don’t fix their passing, but they’re here now and they’re screwing our fantasy teams.

Out With the Old and In With the New

There’s always a changing of the guard you have to watch out for when it comes to who you rely on for fantasy football. It’s not every season, but it happens enough that you need to prepare for it. That moment is right now and it’s happening at the quarterback position. We’ve been spoiled for years as a number of Hall of Fame caliber gunslingers have adorned our rosters and led us to championships. Well, here it is. Welcome to the end of what has been a fantastic quarterback era. In a week where we rely on our studs to push us into the playoffs, Drew Brees , Aaron Rodgers , Tom Brady and Matt Ryan all crapped the bed and left us twisting in the fantasy wind. Even Ben Roethlisberger had a mediocre fantasy day and the Steelers put up 30 points. And it’s actually not just this week. Brees has posted back-to-back duds, Brady is nowhere near the guy he used to be and Aaron Rodgers …? The guy looks like he’s quitting on the season. Meanwhile, guys like Patrick Mahomes and Jameis Winston continue to creep up the fantasy charts and are leading their owners to the Promised Land. Is this it? Are we done with the old men? Kinda looks like we should be.

Out With the Old and In With the New Part II

Couldn’t wait to get A.J. Green back in your lineups, right? Stoked that Greg Olsen had made it back from his early-season issue, right? Joe Flacco was such a great stash for his fantasy playoff schedule, right? How’s that hip looking, grandpa? Danny Amendola ’s knee? Mike Wallace ’s leg? Gronk’s back? Just like the aging quarterbacks from above, it’s time to accept this is a young man’s game and while you want to believe in experience and veteran savvy, it’s a colossal waste of your time and energy. These guys lie to their coaches and medical staff and continuously try to play at less than 100-percent and look what happens. If you’ve got a guy who’s been in the league for more than five years, you better take out an insurance policy on his old ass. Just a short matter of time before he’s sitting on your IR and leaving you to choose between some lame-duck replacements with nothing more than single-digit fantasy point potential.

The Texans are Real and They’re Spectacular

What more do you need to understand that Houston isn’t just getting lucky here? They’ve now won nine straight games, Deshaun Watson has a 13:3 TD:INT over his last seven game with just one fumble-lost, DeAndre Hopkins has three 100-yard efforts and seven touchdowns during this win streak and Lamar Miller has four 100-yard games and three touchdowns in his last six. The defense is absolutely killing it and the team is now tied with the Patriots at 9-3 for the No. 2 seed of the AFC playoffs. The Pats own the tiebreaker, but this could come down to the very end of the regular season. From a fantasy standpoint, Watson, Hopkins, Miller and the Texans defense are must-starts, not to mention some of the gang for IDP leagues, so if we can just get Demaryius Thomas and Jordan Thomas to a similar level, this could be a nice club to fish off of moving forward.

It was Funny Once, Todd, But Let’s Not Push It

WTF, Todd Gurley ? When you opted to take a knee at the one-yard line so you weren’t running up the score a few weeks ago, we accepted it. We weren’t happy about it, but we accepted it. But trying that nonsense again this past week? What are doing? You told reports after the game you wanted to take time off the clock, but dude….leave the clock management to Sean McVay. You’re a player. You’re a cog in the machine. You don’t make decisions like that. Your coach does. Why? Because, like an idiot, you took your knee with only a one-score lead, the two-minute warning coming and your opponent’s had one time out left. We get it – you don’t care about our fantasy teams and you don’t care about the gambling spreads. But dude. Stay in your friggin’ lane. You’re the No. 1 player in fantasy. Let’s not ruin it with stupidity.

Stop sleeping on the Seahawks, people. From a fantasy standpoint, these guys are as great an option as they are an NFC contender. The defense has vastly improved, Pete Carroll offers you a viable fantasy running back in Chris Carson , Russell Wilson is a beast and Tyler Locket…? All this guy does is catch touchdowns.

Mike McCarthy got the axe yesterday. Todd Bowles isn’t far behind. How the heck did the Jets collapse like that…again?

Suddenly the Jaguars defense isn’t dead? They’ve been hemorrhaging yards and points over the last several weeks, but show up Sunday to shut down Andrew Luck and the Colts? We need to see it again before we believe. You still don’t draft a defense early , though, but maybe they are a viable option for your playoff run.

Gimmick plays where offensive and defensive linemen are scoring in lieu of legitimate fantasy options are stupid. Doesn’t matter if they work or not. They’re stupid and they’re ruining our fantasy fun. Make ‘em stop!

That’s it for now. 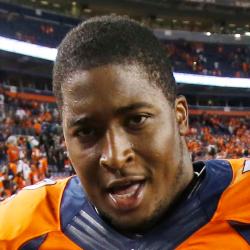