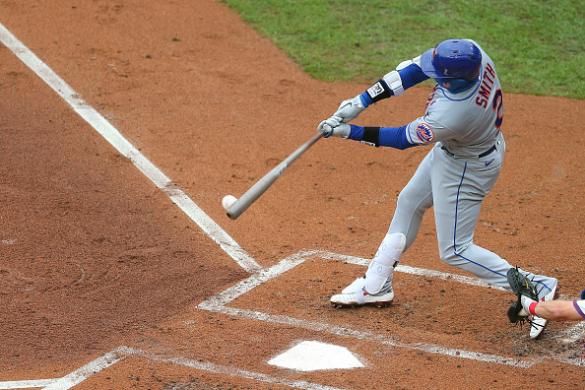 We’ve got a shorter list of players for the mid-week Waiver Wire column, but each player comes with some merit! We have rookies and streaking hitters right now. If you haven’t been living under a rock you’re probably aware of some of the hot hitters that might make this article! If you have any waiver wire questions feel free to hit me up on Twitter (@RealDANlanta) as I’m not always in the chat rooms during the day so just reach out to me over there.

Dominic Smith (NYM – 1B, OF) Egg on my face for not mentioning this guy over the weekend when he was in the midst of a home run streak. I was too jacked up to mention Clint Frazier I forgot about another streaking hitter in the tri-state area. Smith is only available in shallow leagues but if he’s out there it’s in your best interest to drop your worst player for him. As of this writing he has five home runs since August 7th with 12 RBI in that span as well. He now has 19 RBI on the year and as of Monday night, 12 of his 16 hits have gone for extra bases. He’s been upgraded to the cleanup spot in the order so run, don’t walk, to grab him off waivers if he’s still available. 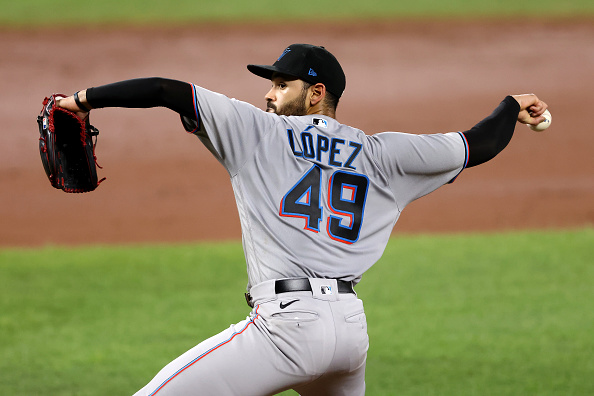 Pablo López (MIA – SP) The run support will be non-existent most nights, but Lopez has showcased some solid “stuff” in three starts this year. Across 16 innings of works he’s recorded 19 strikeouts, four walks, and has allowed just four earned runs. He’s also boasting a 17.0% swinging strike rate on the season which is a testament to the efficiency of his repertoire. His next start will come Wednesday night against the Mets, which is a stream-worthy matchup. His following matchup will likely come against the Nationals on either Sunday or Monday. ESPN currently has him slated to start Sunday which wouldn’t make much sense. I’m under the assumption they’d want to get him an extra day of rest for the Monday start instead. Either way, if Lopez can maintain the strikeouts and low ERA/WHIP then he’ll be worth rostering the rest of the season.

Andrew Miller (STL – RP) Miller is no stranger to the ninth inning. He’s recorded 60 saves since 2015 and has plenty of experience in high-leverage situations. The Cardinals are coming off a two-and-a-half week layoff due to numerous members of the organization testing positive for COVID. Miller has recorded the team’s only two saves since returning to action and he’s probably the most qualified pitcher going forward to notch saves with Ryan Helsley and Carlos Martínez on the Injured List. I won’t rule out Giovanny Gallegos as a candidate to get some saves. He has a wealth of talent and is a nice fit as a future closer. But with numerous games still available for St. Louis, Miller is a really strong speculative add especially if he keeps appearing to close out their games.

Casey Mize /Tarik Skubal (DET – SP/RP) In the most recent waiver wire article I talked up adding Casey Mize as it looked like the Tigers were going to call him up. Sure enough, they did and Mize is still worth adding as he’ll make his big league debut on Wednesday. You need to have a real obvious drop in order to pick up Mize. Rookie pitchers rarely make a big impact so make sure you aren’t dropping a useful piece of your bench. The Tigers also called up Tarik Skubal who made his debut Tuesday night. Skubal isn’t as highly-touted of a prospect compared to Mize, but he’s still part of the trio of top pitching prospects the Tigers have. He has a great fastball, a decent slider, and he’s been working on his changeup and curveball as well. He was heavily-reliant on the fastball in the minors and opposing hitters will pick up on that as they go through the order multiple times. Skubal didn’t have the sexiest debut as he allowed three hits and a run in his first inning of work Tuesday night, and then he allowed three earned runs in the second inning. With their pedigrees, both Skubal and Mize can be picked up with short leashes, but definitely prioritize Mize as long as you have a clear-cut easy drop on your roster.

Robinson Canó (NYM – 2B) He’s old, but who cares? He returned a bit sooner from his groin injury than most expected, but he’s come back with seven hits in five games including a pair of home runs on Monday night. His batting average and slugging percentage will likely regress, but even before the injury he was still hitting the ball pretty well. Ride this little hot streak as long as you can. You can throw him back if he cools off. And if he doesn’t then you find yourself a solid UTIL bat for the remainder of the season. 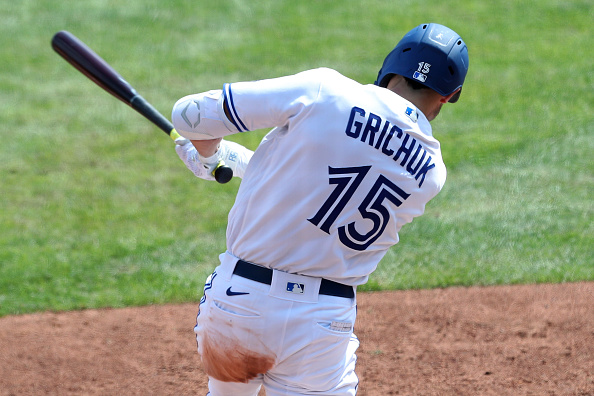 Randal Grichuk (TOR – OF) I was fielding a question for a Fantasy Alarm subscriber, MassCPA, in the Seasonal Chat yesterday and he was wondering whether to add Randal Grichuk or Robbie Grossman . I told him either were fine adds as they’re both hitting the ball well. He went with Grichuk ultimately and it paid off on Tuesday night as Grichuk went on to hit a home run for the fourth time in five games. He’s also now scored a run in seven straight games and in eight of his last nine. There are so many hitters in a hot streak right now and he’s one of them. It’s also unlikely that Anthony Santander is available, but he’s hit six home runs in his last seven games. If he’s magically available in your league, give him a shot as well. But Grichuk is another strong addition at the moment.

Travis d'Arnaud (ATL – C, 1B) Let’s find a catcher to add off waivers, and the best option could be d’Arnaud. I feel like I’ve mentioned him in the past. If not, it was probably the bizarre Bachelor-themed article I did for catchers many months back at the beginning of Quarantine. I digress, but d’Arnaud is showing that he’s a good addition to your fantasy team to fill a position that’s always a pain to address. Catchers present a revolving door at times in the fantasy baseball industry, but d’Arnaud is holding his own. In his last eight games he has two home runs, seven RBI, and ten hits in that span. He’s improved his season-long slash line to .333/.364/.588 and he’s getting more playing time which was a big question regarding his status heading into 2020.

Kevin Gausman (SF – SP/RP) I don’t know why I do this to myself. I like to think I crushed this article with some decent adds and we’re finishing it with the Gas Can. Gausman was frequently featured in prior seasons’ waiver wire columns. I’ve also mentioned him as a streaming pitcher many times. A lot of times he failed to live up to my hype and that’s my own doing. A big issue with Gausman is that he doesn’t pitch deep into games and he tends to give up about three runs each time out. So it really beefs up his ERA, but he’s striking out a ton of hitters right now. Despite just 25.2 innings of work in five starts he’s recorded 34 strikeouts including at least six in each of his last four outings. His next start comes against the Angels followed by the Dodgers. So we’re really playing with fire, but in a deeper league he could be worth chasing the strikeouts. It’s totally understandable if you opt to not go this route. Be sure to check out Ivar Anderson’s Two-Start Pitcher/Streaming Pitchers article from this past weekend. Scroll to the bottom of that piece and you’ll find his streamers for the rest of the week.

J. Irvin - SP
WSH
Nationals RHP prospect Jake Irvin underwent Tommy John surgery last week.
Irvin will need around 13-15 months of rest and rehab, which means he is doubtful to pitch in MLB-affiliated ball in 2021. The 23-year-old righty was selected in the fourth round of the 2018 MLB Draft out of the University of Oklahoma and holds a 3.50 ERA, 1.23 WHIP, and 128/45 K/BB ratio in 149 professional innings, all below High-A.
Added Yesterday 5:58 pm (EST)
Added Yesterday 5:58 pm (EST)

B. Kintzler - RP
MIA1
According to SportsGrid's Craig Mish, the Marlins "want" to bring back closer Brandon Kintzler.
They could just go ahead and exercise his $4 million club option ($250,000 buyout) for 2021, but Mish seems to be indicating that the two parties might both share the desire to work out a multi-year agreement of some sort. Kintzler, 36, registered a sharp 2.22 ERA with 12 saves over 24 1/3 innings during the regular season before tossing three scoreless frames between the Wild Card Series and National League Division Series.
Added Yesterday 5:46 pm (EST)
Added Yesterday 5:46 pm (EST)

Z. Godley - SP
BOS
Zack Godley has elected to become a free agency.
Godley chose free agency after the Red Sox outrighted him off the major league roster. The veteran right-hander posted a brutal 8.31 ERA and 1.95 WHIP over 28 2/3 innings this season before going down with a flexor strain.
Added Yesterday 4:05 pm (EST)
Added Yesterday 4:05 pm (EST)