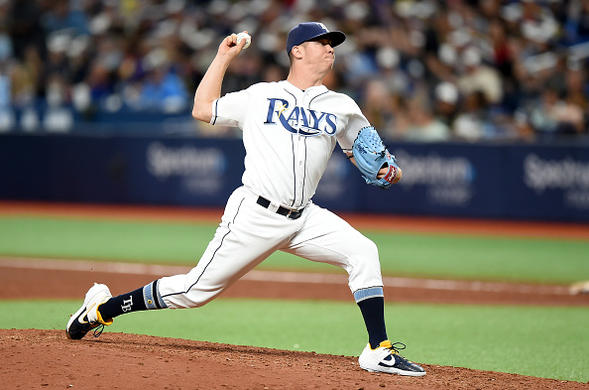 So without rehashing too many of the names that appeared in Saturday’s article, it’s fair to reiterate that Aristides Aquino , Mike Tauchman , J.D. Davis , Aaron Sanchez , Adam Civale, and Gio Urshela should still all be added. You can prioritize Aquino and Urshela (the Yankees tend to bury Tauchman in the lineup at times) especially Aquino who has eight home runs in his last ten games. Whether or not the streak continues is hard to tell. Just a few weeks ago I touted Josh VanMeter because I thought he’d get a ton of playing time with Yasiel Puig in Cleveland and now JVM is a mere afterthought. But don’t sleep on the hot hitters mentioned in Saturday’s piece. We’re going to try and inject some new blood into this article, or even a few names we haven’t heard from in a while.

Emilio Pagán RP TB; FAAB Bid: 15-18% - Pagan is white hot entering Wednesday’s slate of games. He has four saves since last Friday and seven since July 24th. It looks as if he is the guy the Rays will turn to in the ninth inning. Tampa Bay has a three-game lead on the second Wild Card spot and they’re currently riding a five-game winning streak. It certainly helps when you have a guy like Pagan able to lock down the last three outs of the game. Pagan can also help with some ratio categories with 72 strikeouts in 50.2 innings of work with just a dozen walks allowed on the season. Be mindful of the fact he’s prone to giving up the long ball (1.42 HR/9) so while he isn’t perfect, he’s certainly the relief pitcher to be added off waivers.

Will Smith C LAD; FAAB Bid: 15% - A familiar name who hasn’t appeared in a few weeks, Will Smith is still wildly under-owned especially over on ESPN. Since getting the full-time call to be the Dodgers catcher on July 27th, he’s hitting .356 with a 1.303 OPS including six home runs, seven doubles, and 20 RBI. Three of those home runs have come in his last two games so he might be getting hot again. The lone knocks against him are the strikeouts as well as the fact he hits toward the bottom of the order, but with a loaded lineup like the Dodgers, there’s little room to hit him at the top. He’s still producing at an elite clip for catchers and should be owned in all formats.

Franmil Reyes OF CLE; FAAB Bid: 3-5% - Now I know I mentioned “new blood” in the introductory paragraph, so it doesn’t make much sense to include a guy that I’ve written up so many times this season. And even last week I advised a few folks to drop Reyes because he was ice cold in his small sample size with Cleveland and his OBP (.299) is atrocious. And as a Red Sox fan it’s awfully annoying when you see a guy struggling at the plate and then he homers in back-to-back games against the team you cheer for. But Reyes is deeply reliant on the long ball. He can’t do much else. He has 29 home runs, which is a nice mark, but only 47 runs scored, and 53 RBI. It’s odd, but he seems really good at ripping solo home runs. Cleveland’s about to embark on a weekend trip to Yankee Stadium, which is a home run haven. You don’t need to spend too much on Franmil because he’s an outfielder and you probably have plenty of depth at the position. But if you can stomach the cold stints, he will provide some power when he eventually gets hot. 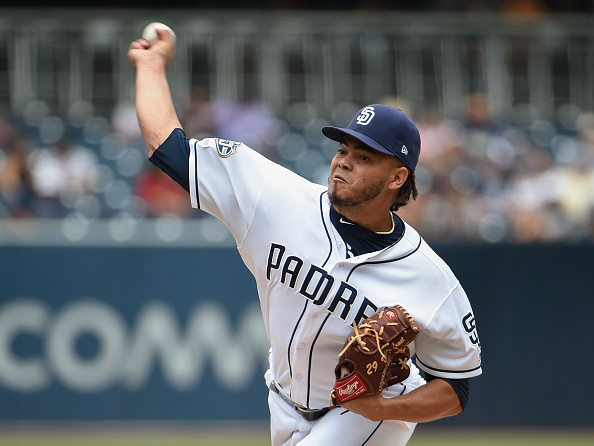 Dinelson Lamet SP SD; FAAB Bid: 12% - I haven’t been as bullish on Lamet as others in the fantasy industry, but I was mostly concerned with the fact that he hadn’t pitched in nearly two years. He had a slow start to 2019 with eight earned runs and four home runs in his first 14 innings of work, but he eventually came around. In his last four starts (21 innings) he’s been very impressive with 30 strikeouts and seven earned runs with just one home run allowed. The walks are still somewhat discerning, but Lamet has always been a guy who has struggled with the free passes so you have to take the good with the bad in this instance. He’s got some challenges on the horizon where he’ll be tested. He toes the rubber against the Phillies on the road on Saturday before he draws the Red Sox at home next Friday.

BrIan Anderson 3B, OF MIA; FAAB Bid: 6-7% - Well look at that, BrIan Anderson is streaking again! Since July 28th he’s hitting .317 with a 1.158 OPS. He’s got seven dingers, five doubles, and 15 RBI in that span as well. He provides a little more roster flexibility than Franmil Reyes as well as fewer strikeouts so I wouldn’t fault you for taking Anderson over Reyes. Anderson’s been the lone bright spot for Miami this year. He’s reached 20 home runs in a season for the first time in his career and you can probably hear Derek Jeter and the Marlins front office chomping at the bits to deal this guy in the offseason.

Mallex Smith OF SEA; FAAB Bid: 5% - It feels weird putting Smith in the waiver column because he can only really help your team in the stolen base department. So he’s kind of like Franmil Reyes , but with less power, more steals, and even more runs scored despite significantly fewer home runs. Smith has 32 stolen bases on the season with five of those coming since July 30th. He has five multi-hit games since July 26th and while you can prop him up and say he’s improving as a hitter, the reality is that he can easily have a three-game stretch where he goes 0-for-14. Despite the .232 batting average on the season, Smith is still hitting leadoff for the woeful Mariners so you can hang your hat on that.

Kyle Seager 3B SEA; FAAB Bid: 6-7% - While plenty of jokes have been made at the expense of the Mariners offense, Kyle Seager has been hitting the ball pretty well lately and it culminated in a three-home run performance on Tuesday night where he also drove in six runs. While the Mariners, as a team, have cooled off from their hot start that started in Japan this past March, Seager is going on a bit of a run. He’s currently riding a seven-game hitting streak and he’s recorded a hit in 17 of his last 18 games where he’s hitting .375 with a 1.272 OPS and 16 RBI.

Sean Manaea SP OAK; FAAB Bid: 5% - We’ve got a couple of Oakland Athletics coming up and we start with Sean Manaea who tossed 5.2 innings of one-run ball Tuesday night with Las Vegas. He only needed 82 pitches and struck out ten batters. Manaea hasn’t pitched for the A’s at all this year, but that could change with Oakland in the midst of their playoff push. Manaea hasn’t been elite for Oakland by any means, but in 2017 and 2018 he recorded back-to-back seasons of 12 wins and while he isn’t known as a great strikeout pitcher, he’s also good at limiting the free passes.

Jesús Luzardo RP, SP OAK; FAAB Bid: 3-5% - Get Luzardo for as cheap as possible while you can. The Athletics are three games out of a Wild Card spot and Luzardo is making his way back from his lat strain last month. He’s been promoted from High-A to Triple-A and he could be brought up next month for their final stretch if they’re still in contention. Is there the outside chance they don’t give him the call up? Yes. If they fall out of Wild Card contention this is entirely feasible and there’s always the possibility that he re-injures himself. 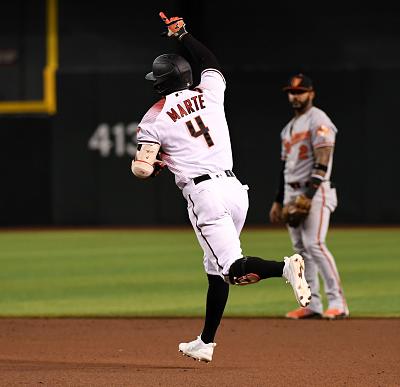 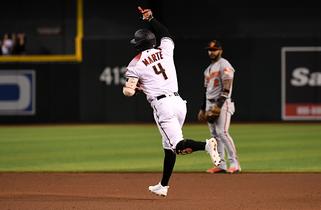 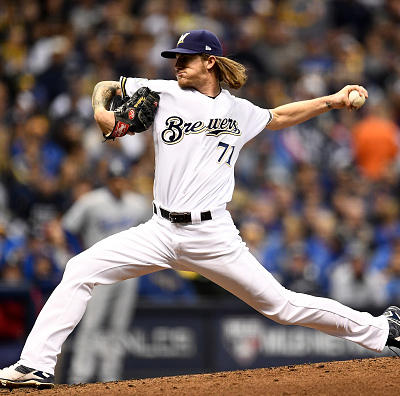 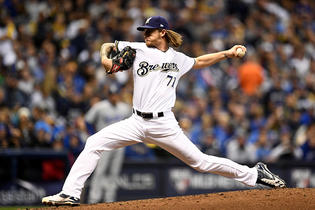 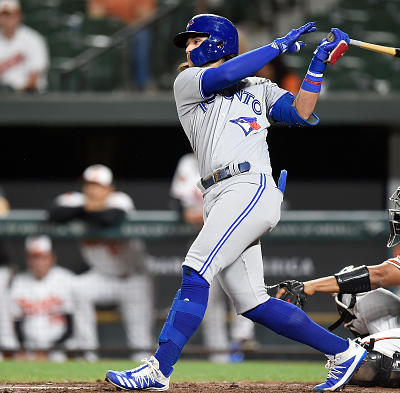 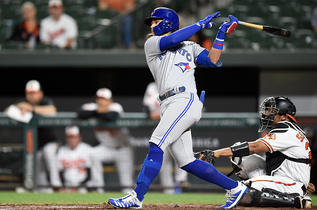 J. Duplantier - SP
ARI
Duplantier will be stretched out as a starter this spring, Nick Piecoro of the Arizona Republic reports.
For a full breakdown and detailed player analysis GO PRO and join the Fantasy Alarm Family! CLICK HERE to unlock your PRO package and take advantage of instant savings!
Added 8:09 pm (EST)

D. Fletcher - 2B
LAA
Fletcher could experience increased playing time in right field this season, according to Jeff Fletcher of The Orange County Register.
For a full breakdown and detailed player analysis GO PRO and join the Fantasy Alarm Family! CLICK HERE to unlock your PRO package and take advantage of instant savings!
Added 7:21 pm (EST)

I. Paredes - 3B
DET
Paredes, who split last season between third base and shortstop, is focusing on third this spring, Jason Beck of MLB.com reports.
For a full breakdown and detailed player analysis GO PRO and join the Fantasy Alarm Family! CLICK HERE to unlock your PRO package and take advantage of instant savings!
Added 5:27 pm (EST)

B. Rodgers - SS
COL
Manager Bud Black said that Rodgers (shoulder) could get some at-bats as a designated hitter in Cactus League games this spring, Thomas Harding of MLB.com reports.
For a full breakdown and detailed player analysis GO PRO and join the Fantasy Alarm Family! CLICK HERE to unlock your PRO package and take advantage of instant savings!
Added 4:42 pm (EST)

R. Iglesias - RP
CIN
Iglesias started throwing sooner this offseason in order to be ready sooner in spring training, Bobby Nightengale of The Cincinnati Enquirer reports. "I just wanted to get my arm better in form," Iglesias said through interpreter Jorge Merlos. "Really, just want to get here ready to go and in better form."
For a full breakdown and detailed player analysis GO PRO and join the Fantasy Alarm Family! CLICK HERE to unlock your PRO package and take advantage of instant savings!
Added 3:57 pm (EST)

Y. Darvish - SP
CHI
Darvish said he feels healthier this spring compared to last year, when he was dealing with a triceps issue, Jordan Bastian of MLB.com reports.
For a full breakdown and detailed player analysis GO PRO and join the Fantasy Alarm Family! CLICK HERE to unlock your PRO package and take advantage of instant savings!
Added 3:36 pm (EST)