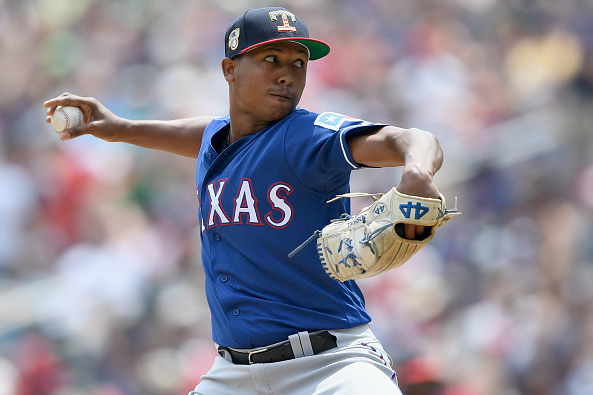 The one thing you can count on with closers is that some of them will lose their jobs.  It’s inevitable.  And, strangely enough, it’s almost comforting to know that we can guarantee that some curveballs will be thrown our way at some point this season.  And we don’t even need anyone to bang on a trash can to tell us that because it happens every single year.  We know for a fact that we can expect the unexpected so that we can do our best to roll with the punches.

Last week we gave you the closers who we thought were the safest bets for 2020.  That group was not necessarily the best arms or the best situations (though they were included, of course), but the guys that you could draft and likely depend on to be the closers for their team barring an injury.  The second part of this four part series, we are going to give you the next group which is the guys who are in line to be the closer opening day but are on shaky grounds for one reason or another.  Realistically, there are three ways for you to lose your closing job.

We don’t attempt to predict injury unless there is already an injury on our radar so we are going to do our best to look at the other two catalysts and give you so insight.  There also is no save without a win so it goes without saying that we’ll cover that topic.  Anyway, let’s pick up where we left off with Tier 5.

Folks might have been surprised he wasn’t listed in the first article since some experts have him as high as CL7.  You also might be surprised that I’m not going to talk at all about the way he pitches.  I’m going to talk about Chaim Bloom, the 36 year old analytical Yale graduate taking over as GM of the team.  Last year fans and experts a-like killed the Sox for sitting tight at the deadline.  They answered by bringing in a whiz kid who traded away their biggest star and fan favorite in Mookie Betts then didn’t sign arguably the second biggest fan favorite in Brock Holt .  Seems ruthless but the best businessman usually are.  Workman is a serviceable arm but the concern for me is that the Red Sox are not going to sit tight again and bullpen arms are far and away the most movable pieces.  Not only is there concern that he gets moved if the Sox struggle but I’d give equal concern that they could bring in a ringer at the deadline if they are doing well.  Which for me, makes Workman an inherently risky asset.  He’s at the top of this list though because the Sox should still win 80+ games and he will be the closer for the foreseeable future. 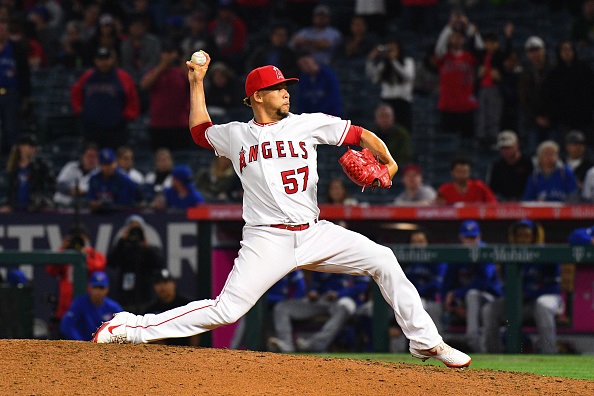 Robles was excluded from last weeks list though, shortly after writing it, Angels manager Joe Madden called it a “safe bet” that Robles would start the year as closer.  The team is expected to be one of their most competitive and I don’t see Ty Buttrey , Cam Bedrosian , or Keynan Middleton stealing the job so he could easily be a Tier 4 guy given the news

If Leclerc didn’t lose the job after the train wreck of an April he had last year then I have a hard time picturing what it will take.  This ranking is essentially based on the idea that there isn’t anyone behind him to steal the job and there probably isn’t too great a market for a guy as inconsistent as he is.  If he can figure out the walks then he could be a solid CL2 for your team.  The only really exciting thing about him is that he has SP eligibility in Yahoo formats so, if you are in a daily start league with limited RP spots, that gives him a value boost that should move him up your list.  Otherwise, right here is fine.

The trade of Emilio Pagán to the Padres makes Nick Anderson the likely choice for closer but the fact that he hasn’t been named closer yet is what keeps him here.  The Rays pretty much wrote the book on doing strange things with their bullpen so he remains here for us for now.  That being said, he has that dominant fastball/slider combo you look for in a ninth inning guy so, if Kevin Cash says he’s the guy, then he’s a good guy to own at his ADP in the ~170 range.

We enter a whole new world of question marks with this tier and it starts with what I believe to be the most interesting one.  We just mentioned that fastball/slider combo that many guys feature and Gallegos fits the bill, essentially throwing a 55/45 split between the two pitches in 2019 per Fangraphs to great affect with a 2.31 ERA and a 0.81 WHIP.  He’s been operating as the closer so far in Spring Training and notched a save just last week but the scary thing is that he’s facing potential competition on three different fronts.  On the traditional side, there is another young buck in the pen named Ryan Helsley with the kind of 100-MPH fastball that managers love at the back end of a game.  Then he has the prospect of Carlos Martínez or Alex Reyes not making the rotation and sliding into that closer role, as Martinez did last year.  And if that wasn’t enough, hard throwing Jordan Hicks , who had the closer role previously, will return at some point mid-season after having Tommy John surgery a year ago.

The good news is that Kela has decent stuff and there is no one really knocking on the door to steal the job from him.  The bad news is the Pirates stink – Vegas has them with an over under of 69.5 wins this year which doesn’t leave a lot of leeway for the ~30 or so saves you need to be in the top 10 for closers.  The only risk of him losing the job feels like injury or trade (in which case he risks becoming a set up guy) so he’s here because his ceiling is low, not necessarily that his job is at risk.

During his time as a starter, Ian Kennedy was essentially the Ricky Bobby of pitches in the sense that every at-bat was seemingly either a dazzling strikeout or an absolutely obliterated homerun.  The kind of mustard he throws seemed to fit right in at closer last year though where he notched 30 saves with 73 Ks.  He’ll continue his boom or bust trajectory as trade rumors swirl.  If he gets traded to a contender where he becomes the closer, his strikeout potential with the saves shoots him up the ranks.  If he becomes a set up guy then his value is of course vaporized unless your league values holds or is incredibly deep.

We said that we don’t predict injuries unless they already exist and, ever since patellar and meniscus issues derailed his career as an outfielder almost a decade ago, knee issues have existed for Doolittle.  To make matters worse, Daniel Hudson and Will Harris are both guys that have experience taking over the closer role from an injured player and holding onto it all year.  Doolittle seems to be in line for the role to start on a team that should win a good number of games which is why we still have him rounding out this tier.

This last tier is going to essentially have two types guys: guys on bad teams and guys who might not even win the job.  Jimenez falls in the first group.  The good thing for him is he falls into the additional category of “good pitcher on bad team”.  He’s the rare unicorn that is the “guy who was pegged as prospect to become a potential closer that actually became the closer”.   His strikeout rate of 31.9% is serviceable and he’s only 25 so there’s upside there but there likely won’t be a lot of save opportunities on a team projected to win ~56 games.

Will Smith has moved with his auntie and uncle to Atlanta to try and steal the closer job from Melancon which is our number one concern here.  The Braves closer role has been seemingly cursed with no Braves closer having more than 25 saves since Craig Kimbrell notched 46, 42, 40, and 47 in consecutive years from 2011 to 2014.  Melancon’s only valuable in that role given his low strikeout rate so tread lightly.  Spoiler alert: you might hear more about this Will Smith character in the future when we do part 3 of this series on guys who could take over closer roles…

Based on all reports coming from the team, Kintzler is the closer going into opening day.  That aspect doesn’t seem to be an issue.  The issues are that A. he doesn’t strike a lot of people out and B. the Marlins are going to be bad again.  Ground ball pitchers are great in real life but in fantasy they aren’t really racking up the numbers we need.

First, lets look at the pros.  He’s the closer for an MLB team.  That’s it for the pros.  The cons are that the Orioles are slated to be the worst team in the league once again with Vegas setting the over under at 56.5 wins.  And he’s the exact guy you would say if someone asked “which closer is most likely to get traded and be a set up man?”.  And on top of that they have former first round pick named Hunter Harvey in the bullpen with him that throws 100 MPH.  All set.

We mention Wade Davis because he’s technically the closer on paper but there’s another name in that bullpen that we think has a realistic chance to steal the job and be a fantasy darling this year.  If you want to know who that is, you’ll have to tune in to next weeks article where we cover the Next Guy’s Up who could snag a closer role and bring some heat to your ratios as well.  Or, if your draft is before next Wednesday, just ask me on Twitter @CoopAFiasco.