Torey Krug registered a power-play goal in Saturday's 4-2 win against the Los Angeles Kings, his first goal as a member of the Blues.

Krug signed a huge seven-year, $45 million deal during the offseason with the team, but he had just one assist to show for his efforts through the first four games. It was also the first power-play goal overall for the Blues, who were 0-for-14 on the man advantage before Krug broke through. "It feels good," Krug said. "Obviously our power play was not catching any breaks there. We need to work a little bit harder and hopefully now that we've got one, the floodgates will open and we'll feel the confidence to continue to work. Hopefully it's the first of many." That's what Krug's fantasy owners are saying, too. Jan 24 1:27 am (EST) 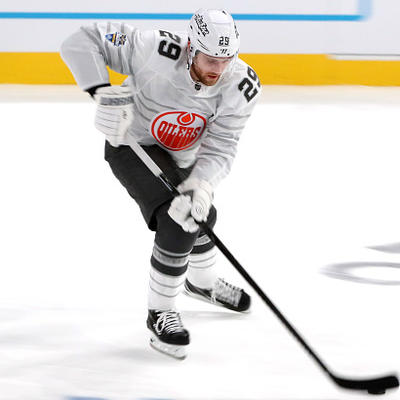 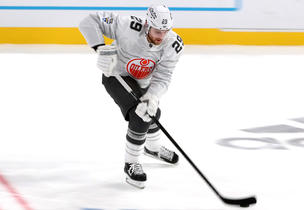 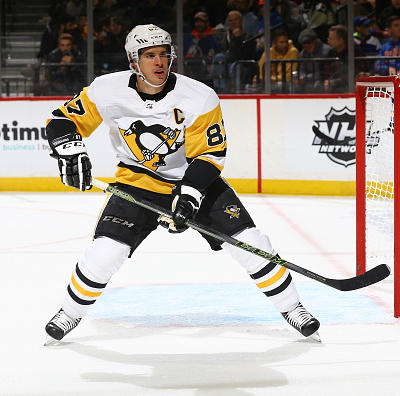 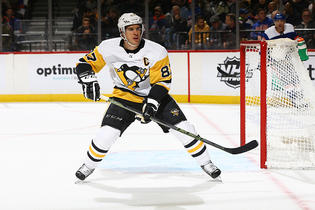 NHL Mikael Granlund picks up 1G, 1A in OT win over CHI

NHL Nikolaj Ehlers picks up 4 points in win over EDM

NHL John Carlson picks up 1G, 1A in win over NYI

M. Subban - G
CHI
Malcolm Subban allowed three goals on 39 shots in Tuesday's 3-2 overtime loss to the Nashville Predators.
The Blackhawks had 1-0 and 2-1 leads in this game, but they eventually lost on a Roman Josi goal in the extra frame. Subban turned in a solid performance in this one, which is an encouraging sign for this rebuilding Chicago team. The 27-year-old has an 0-1-1 record with a 3.95 goals-against-average and a .889 save percentage this season. He doesn't need to be picked up in 10 or 12-team fantasy leagues.
Added 11:08 pm (EST)
Added 11:08 pm (EST)

P. Rinne - G
NSH
Pekka Rinne turned aside 18 of 20 shots in Tuesday's 3-2 overtime win over the Chicago Blackhawks.
Rinne couldn't really be faulted on either of Chicago's goals. The first one, scored by Dylan Strome, came while the Blackhawks were on the power play while the goal scored by Mattias Janmark came off a breakaway. This was Rinne's first win of the 2021 season. The 38-year-old has a 1-1-0 record with a 2.97 goals-against-average and a .863 save percentage this season. Rinne used to be one of the elite goalies in the NHL, but he's no longer a must-start in fantasy.
Added 11:03 pm (EST)
Added 11:03 pm (EST)

D. Strome - F
CHI
Dylan Strome found the back of the net during Tuesday's 3-2 OT loss to the Chicago Blackhawks.
Strome opened the scoring with a power-play goal less than three minutes into the game. The Blackhawks have now scored on the man-advantage in seven consecutive games. Strome finished the night with a minus-2 rating, two shots on goal and a blocked shot in 19:32 of ice time. The 23-year-old has two goals and five points in seven games and he's collected three of those points in his last three outings. Mattias Janmark also scored for the Blackhawks in the loss.
Added 10:59 pm (EST)
Added 10:59 pm (EST)

M. Granlund - RW
NSH
Mikael Granlund had a goal and an assists in Tuesday's 3-2 overtime win over the Chicago Blackhawks.
Granlund received a perfect pass from Nick Cousins and he blasted a one-timer into the Chicago net to tie the game, 2-2. In the extra frame, the Predators forward registered the primary helper on Roman Josi's game-winning goal. Granlund finished the night with a plus-1 rating and five shots on goal in 19:58 of ice time. The 28-year-old failed to pick up a point in his first game of the year, but he now has three points in his last two outings. Granlund's fantasy upside is rather limited in standard leagues.
Added 10:53 pm (EST)
Added 10:53 pm (EST)

M. Koskinen - G
EDM
Mikko Koskinen allowed five goals on 32 shots in Tuesday's 6-4 loss to the Winnipeg Jets.
Koskinen has had a tough start to the 2021 season, but the team's defensive awareness in front of him is really lacking. The Oilers had a 3-2 lead heading into the third period, but that slipped away when they allowed five goals in the frame (one was scored into an empty net). Koskinen now has a 3-5-0 record with a 3.42 goals-against-average and a .900 save percentage this season.
Added 10:50 pm (EST)
Added 10:50 pm (EST)

C. Hellebuyck - G
WPG
Connor Hellebuyck allowed four goals on 26 shots in Tuesday's 6-4 win over the Edmonton Oilers.
This was a wild one, as these two teams combined to score five goals in the first period and five more in the third frame. The Jets found themselves down 3-1 early and the score was 3-2 heading into the third, but they managed to fight back thanks to goals by Nikolaj Ehlers, Paul Stastny, Adam Lowry and Andrew Copp. Hellebuyck has given up three goals or more in three of his five appearances, but he has just one loss on the season. The Jets goalie owns a 4-1-0 record with a 2.60 goals-against-average and a .907 save percentage.
Added 10:47 pm (EST)
Added 10:47 pm (EST)

C. McDavid - F
EDM
Connor McDavid picked up a goal and an assist in Tuesday's 6-4 loss to the Winnipeg Jets.
Things were looking good for the Oilers in the first period, as they built up a 3-1 lead at one point. McDavid registered the primary assist on Ryan Nugent-Hopkins' power-play marker. The Oilers captain added a goal of his own late in the third frame to cut his team's deficit to 5-4 at the time, but that's as close as they'd get to completing the comeback. Edmonton can score as much as any team in the league, but their inability to keep the puck out of their own net is a problem. The 24-year-old has five goals and 12 points in just eight games this season.
Added 10:42 pm (EST)
Added 10:42 pm (EST)

N. Ehlers - F
WPG
Nikolaj Ehlers scored a goal and three assists in Tuesday's 6-4 win over the Edmonton Oilers.
Even though they didn't collect all of their points together, the line of Paul Stastny (two points), Andrew Copp (four points) and Ehlers was dominant in this one. Ehlers helped set up goals by Copp (power play), Mathieu Perreault and Stastny. His goal early in the third period helped tie the game, 3-3. The 24-year-old finished the night with a plus-3 rating and three shots on goal in 16:19 of ice time. Ehlers is riding a five-game goal streak and he's collected at least one point in six of his first seven contests. The Jets winger has five goals and 11 points in seven games. He's one of the hottest forwards in the NHL right now.
Added 10:33 pm (EST)
Added 10:33 pm (EST)