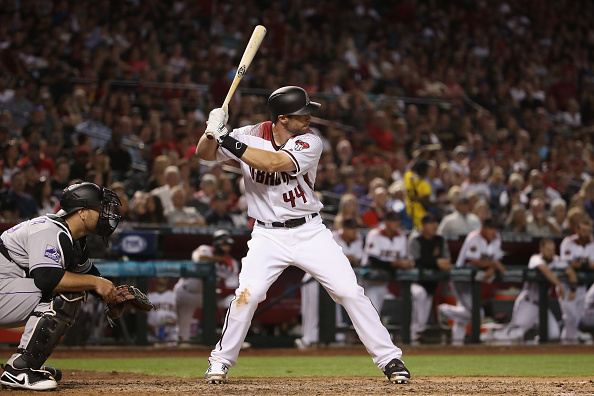 We have a split slate of games, with four in the early window and nine in the 7 pm main slate. We’ll be taking a look at stacks from both slates, so regardless of which one you are playing, you will have some options to look at.

The Brewers are going to be facing off against Miles Mikolas, who hasn’t pitched in the MLB since 2014. For the last few years, he has been over in Japan, so the data on him is limited, but in that time in Japan, he had a 2.18 ERA and a 0.99 WHIP. In his last year in the MLB, he gave up a .358 wOBA to right-handed hitters, and a .322 wOBA to left-handed hitters. This being his first game back, and now in a good hitters park, the Brewers are looking like a good pick.

You should start your Brewers stack with Travis Shaw, who had a .373 wOBA and a .249 ISO last season vs right-handed pitchers. Great power upside from him, and pairing him with Christian Yelich, who had a .359 wOBA and a .167 ISO, seems to be a powerful stack. But it doesn’t stop there, Ryan Braun, .343 wOBA, Eric Thames .390 wOBA, .286 ISO, and Lorenzo Cain .346 wOBA, all make great additions to this stack.

The Diamondbacks are up against Hyun-Jin Ryu, who is a left-handed pitcher but has a bit of reverse splits. Last season, he gave up a .403 wOBA to left-handed hitters, and a .312 wOBA to right-handed hitters, putting the Diamondbacks in a good spot since they have power from both sides of the plate. He also gave up 2.27 HR/9 to lefties, and 1.33 HR/9 to righties, and in this ballpark, that won't end up well for him. Now I know there is plenty of talk around the humidor the Diamondbacks installed in the offseason, but in the first three games of the year, they have scored 18 runs. Of course, that is a small sample size, but if they are swinging the bat well right now, we want to stick with them.

One of the first names you want to look at is Paul Goldschmidt, who put up a .407 wOBA and a .280 ISO last season vs left-handed pitchers. He is one of the best hitters in baseball and brings plenty of power upside. Jake Lamb is a very interesting case tonight since he struggles against left-handed pitchers, only a .251 wOBA last year, but is up against Ryu, who I mentioned struggles with left-handed hitters. AJ Pollock, Chris Owings, and David Peralta also make good additions to the stack. When it comes to cheaper options, we should see either Jeff Mathis or John Ryan Murphy behind the plate tonight, since Alex Avila struggles against left-handed pitchers. Mathis and Murphy are both cheap and have the platoon advantage.

The Sox are going to be facing off against Trevor Richards, who has just been called up to make this start. The two extra-inning games for the Marlins has caused depleted arms, and now in need of an early-season call-up. There is very, very little info on Richards, but last year he pitched in double-A, with a 1.13 WHIP, and 9.20 K/9. Those are solid numbers for a player rising through the minors, but now he will be facing off against the Red Sox, who are on track to have a top offense in the league. I will side with the veterans, and the bats of the Sox to shine through over a pitcher making his first career start. This isn’t the best park for hitters, but with players like J.D. Martinez, Mookie Betts, Xander Bogaerts and Hanley Ramirez, they should be able to put up some good numbers on route to a win.