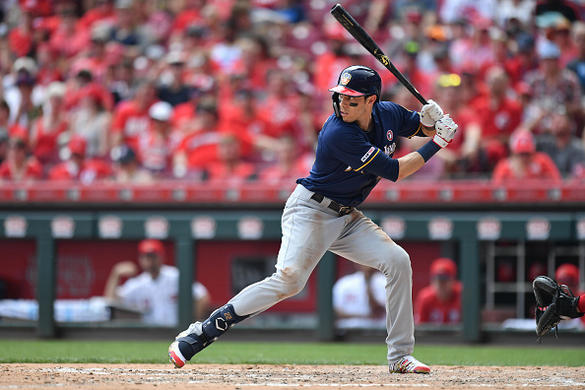 Welcome to the 2019 All Star edition of the Injury Report.  We have reached the unofficial midpoint of the season and GMs have done their best to survive the onslaught of injuries that create chaos within leagues.  In honor of the Mid-Summer Classic, this edition of the Injury Report focuses on each starting position and arguably the most relevant players currently dealing with an injury.  So without further ado, here is the next edition of the fantasy baseball emergency room. 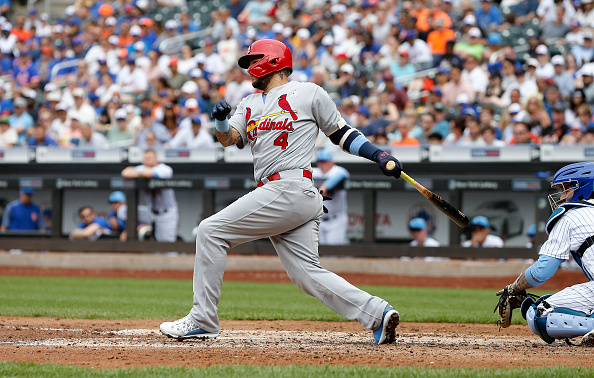 Molina, a future Hall of Famer, has continued dealing with a thumb injury this past week that prevented him from starting since last Wednesday.  Although he did have a pinch-hit appearance over the weekend, he is still having difficulty gripping the bat due to the thumb issue that he initially sustained a couple months ago.  The Cardinals are hopeful he can return to the starting lineup when the second half begins but it is unclear whether the break will give him sufficient time to heal the problem. Molina is still a productive fantasy catcher compared to the lack of depth at the scarce position so he remains a viable option in all league formats.

Yankees first baseman Luke Voit is on the 10-day injured list retroactive to June 30 due to an abdominal strain he suffered during the London series against Boston.  He was participating in baseball activities and drills over the past weekend so he seems to be on the right track for a return shortly after the All Star break. Voit has been extremely productive for fantasy GMs batting .280 with 17 home runs, 50 RBI and 53 runs scored.

Rookie sensation Nick Senzel has been moved all over the field, but his versatility clearly benefited him as the Reds want to keep his bat in the lineup at all costs.  Unfortunately, he sustained a sprained right ankle on Sunday when he crashed into the outfield wall attempting to make a catch. The good news is that this happened right before the break so he is expected to avoid a stint on the injured list thanks to having several days off to rest.  Senzel is batting .263 with eight home runs, 27 RBI, 33 runs scored and eight stolen bases so he remains a valuable fantasy asset with eligibility at multiple positions in most leagues.

The Mets signed Lowrie to a two-year/$20M contract during the offseason after he hit .267 with 23 home runs, 99 RBI and 78 runs scored in 2018.  However, the Mets have not seen any return on their investment yet as Lowrie has missed the entire season thus far with a variety of lower extremity injuries.  He is currently at the Mets Single-A facilities in Florida doing some baseball activities but he has not played in any games yet. There is no time frame for his return to the big leagues at this time so for now he should remain on the waiver wire until we hear any further. 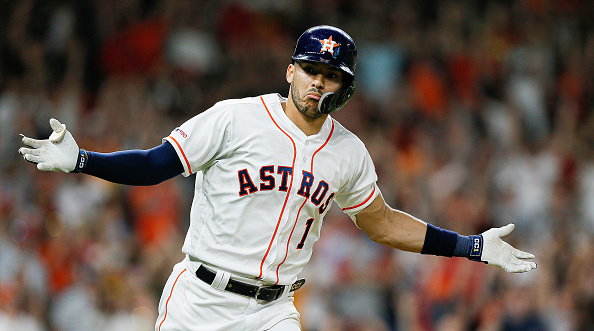 Fantasy GMs have been eternally frustrated with Correa who cannot stay on the field for an entire season.  He suffered a fractured rib during a massage back in May and has been limited to just 50 games this year. It appears that he is trending in the right direction in terms of his recovery because he is down at Houston’s spring training facility in Florida doing baseball activities and getting ready for a rehab assignment.  It seems as though that could happen shortly after the break so GMs can expect Correa back some time in the next couple weeks. He is batting .295 with 11 home runs, 35 RBI, 26 runs scored and one stolen base thus far so his return will be a huge boost for GMs.

Yelich is the leading candidate for National League MVP again as he is in the midst of a stellar season batting .329 with 31 home runs, 67 RBI, 66 runs scored and 19 stolen bases.  The reigning MVP was scheduled to participate in the Home Run Derby on Monday but removed due to a back injury. He has dealt with this issue throughout the season so it made sense to replace him in the derby to avoid any further aggravation.  He is not expected to miss any time after the break so GMs should feel comfortable putting him in lineups when the second half begins.

Upton has only played in 14 games this season after missing the first few months of the year with a toe injury.  Since he came back, he is batting .269 with three home runs, six RBI and seven runs scored in 52 at bats. Now he has missed most of the past week with a quadriceps injury but the All Star break came at the right time to give him some additional time to recover.  The Angels are hopeful he will be ready to return when the second half begins so GMs should be prepared to put him back in lineups.

Conforto has been mired in a deep slump and one of the reasons why could be that he is dealing with stiffness in his back.  He was given the day off on Sunday to coincide with the All Star break and provide some extra time to rest and recover. Conforto has seen his batting average plummet to .244 to go along with 16 home runs, 44 RBI, 47 runs scored and five stolen bases.  He has the potential to be a real fantasy stud but he is too streaky and cannot maintain that type of production on a consistent basis. 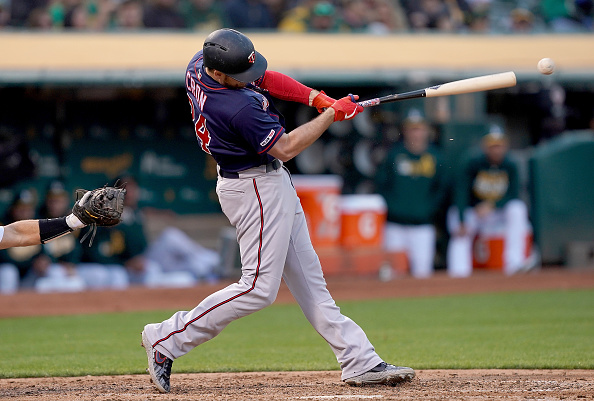 It seems as though everyone in the Twins lineup has double digit home runs and at least 50 RBI by now.  We can include C.J. Cron in that category as he had a tremendous first half batting .266 with 17 home runs, 54 RBI and 36 runs scored.  Minnesota has been dealing with a rash of injuries lately and now Cron is the latest to succumb as he was placed on the 10-day injured list with inflammation in his right thumb.  We do not know how long he might be out, but it is safe to assume it will be longer than the requisite ten days. Despite his great first half, he does not need to be stashed as there are plenty of other options on the waiver wire for some short-term power.

Bumgarner is the primary target by several contending teams in advance of the July 31 trade deadline.  He brings a wealth of experience and tenacity to the table and would certainly boost any team’s playoff chances upon arrival.  Bumgarner is coming off two consecutive injury-shortened seasons so fantasy GMs were a little skeptical of him heading into 2019.  While he has remained healthy until now, he is just 5-7 with a 4.03 ERA, 1.20 WHIP and 115 strikeouts in 111.2 innings over 19 starts.  It seems like bad luck just follows him around as he was struck on his left elbow by a comebacker over the weekend. Fortunately, he was able to avoid any fractures as x-rays came back negative.  The Giants fully expect him to make his next start this coming weekend so there does not appear to be any concern about him missing any time.

Tampa Bay placed José Alvarado on the 10-day injured list with a strained right oblique.  He sustained the injury this past Saturday against the Yankees and is expected to be out for up to two months.  Alvarado has struggled lately and is 0-5 on the season with a 5.06 ERA, 1.69 WHIP, 34 strikeouts and seven saves in 30 games this year.  The Rays have not committed to one full-time closer all season but it would appear that Emilio Pagán should get the opportunity to close out games now that Alvarado is out of the picture.

J. Panik - 2B
TOR
Panik signed a minor-league contract with the Blue Jays on Saturday as a non-roster invitee, Rob Longley of the Toronto Sun reports.
For a full breakdown and detailed player analysis GO PRO and join the Fantasy Alarm Family! CLICK HERE to unlock your PRO package and take advantage of instant savings!
Added Jan 18 4:04 pm (EST)