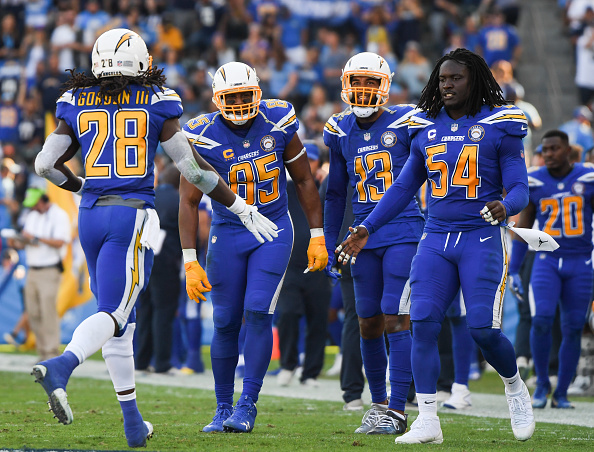 Thanksgiving is now in the rearview mirror as we quickly approach December and the fantasy playoffs.  There are some critical injuries to report this week which will likely have big impacts on fantasy races.  GMs also need to make crucial game-time decisions because we simply don’t know what a head coach is going to do in terms of letting players take the field who are not 100%.  It is better to choose a player you know will play but may not provide significant contributions rather than roll the dice on a player who may net you a goose egg. So without any further ado, let’s delve into the next edition of the 2018 fantasy football emergency room.

There could not be a worse time for Melvin Gordon to miss a couple games with a sprained MCL as the fantasy playoffs are on the horizon.  The elite running back has been stellar this season rushing for 802 yards and nine touchdowns along with 44 receptions for 453 yards and four touchdowns.  He will be out this coming Sunday night against Pittsburgh and likely will miss additional time as the Chargers hope to have him back in time for the playoffs.  Austin Ekeler will step in and handle the primary rushing duties in Gordon’s absence. 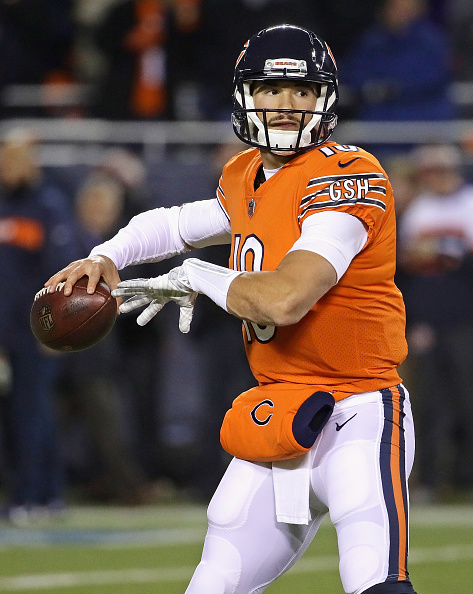 The Bears had a happy Thanksgiving last week defeating the Lions despite being without second-year quarterback Mitchell Trubisky who missed the game with a shoulder injury.  It is unclear right now whether he will be able to return next Sunday against the Giants. The Bears should be able to beat the Giants regardless of who is quarterback, but it would certainly be good for fantasy GMs if Trubisky can play against their lackluster defense. Trubisky has thrown for 2,469 yards along with 20 touchdowns and nine interceptions while also rushing for 363 yards and three touchdowns making him a solid QB1 option if he does play.

The Bengals season started promising but has now gone up in flames brighter than Andy Dalton ’s hair.  The veteran quarterback has been placed on injured reserve with torn ligaments in his thumb. He finishes the season throwing for 2,566 yards with 21 touchdowns and 11 interceptions which is right in line with his standard QB2 fantasy rating.  A.J. Green has missed the past few weeks and is close to returning, but his value will take a huge nose dive now that Jeff Driskel and Tom Savage are the team’s quarterback options.

Green was hopeful that he could play in Week 12, but that did not happen after he missed practice at the end of the week with his toe injury.  He appears close to returning and could be back on the field this Sunday, but it will have a very different feel without Andy Dalton under center.  Green is an elite wide receiver, but his production will take a big hit as he relies on Jeff Driskel or Tom Savage to get him the ball.

Speaking of Cincinnati wide receivers, former Bengals wideout Marvin Jones is done for the season as Detroit placed him on injured reserve due to his knee injury.  Jones was aiming towards returning soon after he missed the past couple games, but the Lions have opted to shut him down and protect their investment. The loss of Jones makes Kenny Golladay the only viable receiving option left on the team.  Jones finishes the season with an underwhelming 35 catches for 508 yards and five touchdowns.

Jackson suffered a thumb injury a couple weeks ago which still appears to be hampering him.  He is expected to see a specialist to determine the severity of the injury so we should know more later in the week regarding his status for Week 13 against the Panthers.  He has caught 40 passes for 750 yards and four touchdowns and also has one rushing touchdown on the season in Tampa Bay’s surprisingly prolific passing offense. He would be a WR3 option if healthy so start looking at alternatives in the event he misses next week’s game. 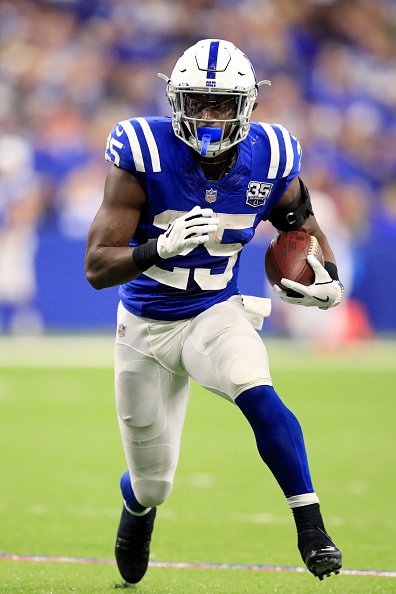 The Colts have been red hot thanks in large part to Marlon Mack ’s running which has helped open up the aerial attack for Andrew Luck .  Mack was removed from Sunday’s game against Miami with a concussion and will now be in the league’s protocol. He has rushed for 556 yards and four touchdowns along with one receiving touchdown in seven games thus far and would be a solid RB2 option against Buffalo in Week 13 if he is cleared to play by then.  If Mack cannot go, then look for Jordan Wilkins and Nyheim Hines to carry the load in his absence.

Collins was a full participant in practice last Friday and was expected to play this week against Oakland.  However, he was inactive for the game as the Ravens went with Gus Edwards in the backfield. Collins has been productive in standard leagues with seven touchdowns but has seen his playing time decrease thanks in large part to ineffective running with only 411 yards on the season.  His fantasy value has taken a big hit and at this point he cannot be counted on even if he does play next week against Atlanta.

Engram is dealing with a hamstring injury which cost him this past week’s game against the Eagles.  He has been marred by injuries for most of the season which has limited him to just seven games in which he has 23 catches for 257 yards and two touchdowns.  Engram is a valuable weapon often with mismatches against opposing linebackers, but the Giants have failed to take advantage of that. He is hopeful he will be able to play next week against Chicago, but even if he does take the field he is only a TE2 option at best against the Bears terrific defense.

Flacco did not play again this past week against Oakland and his status for the rest of the season is in question.  At some point he could be healthy enough to play, but the Ravens may be better suited going with Lamar Jackson under center given their recent success and ascension into a playoff spot.  Flacco’s hip injury is concerning and even if he does come back and play it is debatable whether he will have any fantasy value at all. Right now Lamar Jackson is the more valuable fantasy quarterback and GMs should be hopeful that Baltimore continues to ride the hot hand.

Green Bay’s season is all but finished after their loss to the Vikings this past Sunday night.  It is frustrating for fantasy GMs who have Aaron Rodgers that he has been unable to light up the scoreboard given his immeasurable talent.  One of the reasons he has struggled has been injuries and inconsistency from his wide receivers. Rookie Equanimeous St. Brown sustained an elbow injury during this past game which was even more unfortunate because he led the team in receiving yards for the game at that time.  St. Brown was going to get more playing time with Randall Cobb constantly injured, but now his status going forward is in question.

Darnold still has not returned to practice as he continues dealing with his foot injury that has cost him the past few games.  There is some thought that he could possibly return in Week 13 against Tennessee, but it seems more plausible that the Jets would be targeting a return the following week.  The Jets season has spiraled out of control and now it is all about acquiring more assets to surround Darnold with next year. Do not expect the Jets to risk Darnold’s health with nothing to play for, so all signs point to Josh McCown getting another start in Week 13.