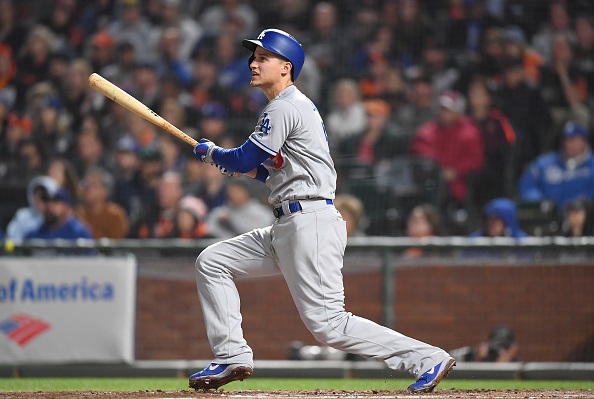 This has been a painful few days as we have our first major casualty for the season to deal with.  There are also some elite pitchers who could be dealing with significant injuries and lengthy absences, so fantasy GMs need to earn their money and manage rosters accordingly.   So, without further ado, here is the next edition of the fantasy baseball emergency room.

The first catastrophic season-ending injury has taken place as Dodgers shortstop Corey Seager is done for the year.  The young superstar will undergo Tommy John surgery to repair his UCL injury and will miss the remainder of the season.  This is a huge loss for fantasy GMs who likely spent an early round pick on him due to his offensive prowess.  Chris Taylor will fill in for Seager at shortstop. 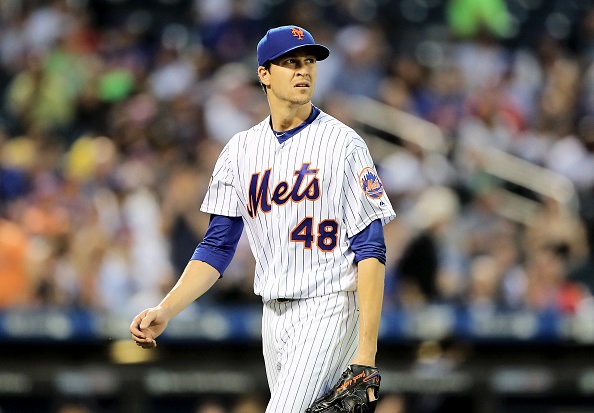 Fantasy GMs went into cardiac arrest on Wednesday when Mets ace pitcher Jacob deGrom was taken out of the game due to a hyperextended right elbow.  He sustained the injury swinging the bat in the third inning but was sent back out to the mound for the top of the fourth.  An MRI came back negative but it had been reported that he could miss four starts.  However, this was apparently fake news because the Mets expect deGrom to make his next start against Cincinnati on Monday.  deGrom has been deGrom-inant all season with a 3-0 record, 1.87 ERA, 0.99 WHIP and 54 strikeouts.  His record should be even better but for the Mets erratic bullpen.

Veteran slugger Miguel Cabrera is coming off an unproductive and injury-marred season and has bounced back nicely hitting .323 with three home runs and 21 RBI.  However, he was taken out of Thursday’s game with a strained right hamstring and is considered day-to-day.  This injury immediately followed a short absence when he missed a few games due to a biceps injury.  Cabrera has a lot of miles on his body so these types of nagging and recurring injuries are likely going to keep hampering him from putting up elite numbers like we were used to a few years ago.

Bad news for fantasy GMs as Johnny Cueto is back on the disabled list with inflammation in his right elbow.  This is the second time he has been on the disabled list this year and this one could require a lengthy absence.  He is going to get multiple opinions on his elbow which raises major concerns regarding the severity of the injury.  Cueto has been dominant in the five starts he has made going 3-0 with a 0.84 ERA, 0.69 WHIP and 26 strikeouts.  Fantasy GMs should hope for the best but expect the worst as it seems likely he will miss a significant amount of time.

Rendon has been out for several weeks with a foot injury but he has begun a rehab assignment which means he could be back with the Nationals sometime over the weekend.  His absence has been felt in fantasy lineups as Rendon is one of the best offensive options at the hot corner.  His return will be a big boost for GMs so expect him back within the next few days barring any setbacks.

White Sox second baseman Yoan Moncada left Wednesday’s game with a hamstring injury but it is not considered serious.  He was not even ruled out to be used as a pinch hitter the next day and chances are he could be back in the lineup on Friday.  Moncada has been productive thus far batting .268 with six home runs, 15 RBI, 17 runs scored and four stolen bases.  He is worthy of starting in many leagues due to his combination of power and speed, so plan on putting him back in your lineup later today.

Giants outfielder Andrew McCutchen was taken out of Wednesday’s game against San Diego after he was hit by a pitch on his elbow.  X-rays came back negative which is good news but he could miss a day or two depending on any lingering swelling or pain.  McCutchen is a shell of his former self and is only hitting .221 with three home runs, 13 RBI, 17 runs scored and three stolen bases.

The Brewers have been ravaged by injuries thus far and can now add Travis Shaw to the list of walking wounded after he fouled a ball off of his foot on Wednesday.  X-rays came back negative as he merely sustained a contusion.  Shaw will likely miss a few games to let his foot heal but he should be able to avoid a stint on the disabled list.  He is currently hitting .241 with six home runs and 16 RBI and is a viable starting option in many fantasy leagues.

Austin sustained a jammed hip when he dove for a ground ball on Wednesday and was taken out of the game.  The injury does not appear to be serious and Austin should be back in the lineup for tonight.  He has filled in well for Greg Bird batting .261 with five home runs, 16 RBI, 12 runs scored and one stolen base.  Austin has the benefit of being surrounded by the best lineup in baseball and should continue to have plenty of opportunities to drive in runs thanks to his supporting cast. 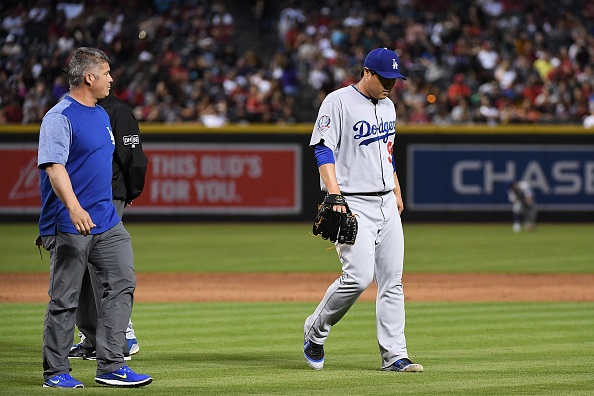 Awful news for the Dodgers and fantasy GMs as Hyun-Jin Ryu will miss several months with a significant groin injury.  It appears he tore the muscle completely which means he will need a lengthy absence if he is even able to return at some point in the second half of the season.  Ryu has been stellar thus far going 3-0 with a 2.12 ERA, 0.88 WHIP and 36 strikeouts through his first six starts.  This injury opens the door for rookie Walker Buehler to stick in the rotation making him a solid waiver wire acquisition.

Angels closer Kenyan Middleton has been placed on the disabled list retroactive to April 28 due to inflammation in his right elbow.  He experienced soreness after he made his last outing against the Yankees when he blew his first save of the season and then he was shut down after that.  Middleton earned closing duties in early April and has paid dividends saving six games with a 2.40 ERA and 1.27 WHIP.  He should be back once eligible to be activated and the Angels will employ a bullpen by committee until that happens.

Toronto has placed outfielder Steve Pearce on the disabled list after he re-injured himself on Thursday.  Pearce had missed a couple games due to tightness in his rib cage but re-aggravated the injury on Thursday and will now be shut down for a couple weeks.  He was batting .273 with three home runs thus far and plays multiple positions for Toronto.  However, his flexibility still does not make him much of a fantasy option except for very deep leagues.

Phillies rookie Scott Kingery had just inherited the starting job at shortstop due to J.P. Crawford ’s injury and now he has missed some time after getting hit by a pitch on his elbow.  He sustained a bone bruise but should be fine after a short absence.  Kingery is only hitting .217 with two home runs, 13 RBI, 12 runs scored and three stolen bases but he does have upside and plays multiple positions making him a viable bench option due to his versatility.

Swanson is currently out with a wrist injury and isn’t expected back until over the weekend at the earliest.  He got off to a hot start to the season but has cooled off significantly over the past week.  He is still hitting .289 with two home runs and 13 RBI but is trending the wrong way now.  If he can get back on track, he could be an attractive middle infield option hitting in the Braves potent lineup.

The Yankees have been the hottest team in baseball over the past two weeks thanks in large part to their modern day Murderers Row.  Their pitching remains the question mark and the staff took a big hit with Jordan Montgomery suffering an elbow injury which will sideline him possibly up to a couple months.  He was 2-0 with a 3.62 ERA, 1.35 WHIP and 23 strikeouts thus far and helped solidify the back end of the starting rotation.  The Yankees were likely going to be active in the pitching trade market anyway, but this injury will likely expedite that process or the promotion of one of their top pitching prospects.

By: Michael A. Stein (@FantasyJudgment)