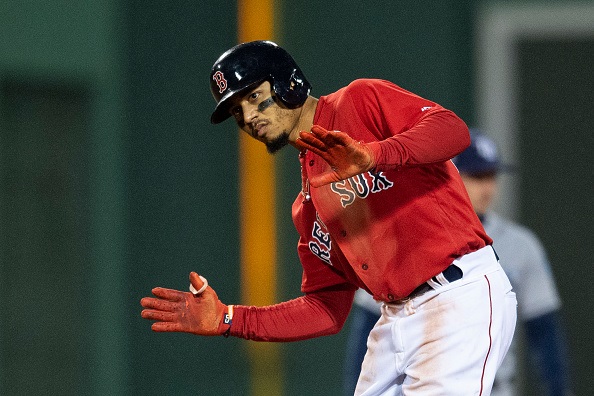 The last injury report did not have a ton of new developments to report, so the law of averages stepped in and made this next report quite busy and eventful.  It was a painful weekend for GMs who saw many of their players suffer a variety of injuries and miss some time.So, without further ado, here is the next edition of the fantasy baseball emergency room.

Betts was taken out of Saturday’s game due to tightness in his right hamstring and then missed Sunday as well.  It appears that this is not a major issue so fantasy GMs do not need to panic at this point.  Betts has provided elite production thus far batting .344 with eight home runs, 18 RBI, 29 runs scored and three stolen bases.  Any time he misses a game is a big deal, but fortunately he should be back in the lineup within the next couple days assuming he has no setbacks.

The rookie sensation injured his ankle on Friday night running to first base and then missed the next two games against the Yankees.  The Angels have indicated that he likely will not pitch again until next weekend but should be back in the lineup by Tuesday.  Ohtani has been productive both on the mound and at the plate, but he doubles his chances for injuries being a jack-of-all-trades.  He is  2-1 with a 4.43 ERA, 1.13 WHIP and 26 strikeouts in 20.1 innings and has also slugged four home runs thus far.  Plan on having him back in the lineup well before he takes the mound again. 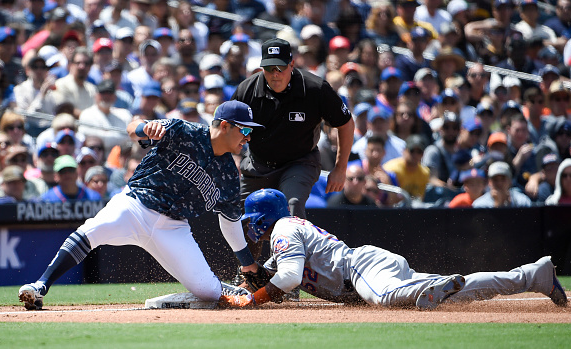 Cespedes worked very hard this offseason to build up his agility and did not focus on weight training as much in order to try and stay healthier than he has been the past two seasons.  During Sunday’s game against the Padres, he stole his first two bases of the season in the same inning and injured his left thumb sliding head first into third base.  The Mets took Cespedes out of the game the next inning and he indicated he would probably miss three games.  It is good news that the injury does not appear serious, but he will miss most of this week at a time where it looked like he was busting out of a prolonged slump.

Cabrera was taken out of Sunday’s game with a biceps injury.  He does not believe it is anything serious and already noted an improvement after he received treatment following the game.  Cabrera has had a nice rebound season thus far batting .326 with three home runs, 21 RBI and 13 runs scored.  He could miss a day or two depending on how cautious the Tigers want to be, but all signs point to a return within a short amount of time.

Puig has been a major disappointment so far hitting only .193 with no home runs, seven RBI, 11 runs scored and four stolen bases.  He now finds himself on the disabled list with two injuries – a left hip pointed and a bruise on his left foot.  He suffered both injuries in the same game and could miss more than the minimum ten days.  Joc Pederson is expected to see most of the playing time in Puig’s absence and will be a good source for power if you need a replacement.

Arizona has been one of the best teams in baseball thus far thanks in large part to their pitching.  They already lost Tijuan Walker for the season and now could be without Robbie Ray for a few weeks after he is inevitably placed on the disabled list with a right oblique strain.  He was taken out of Sunday’s game in the second inning and he will undergo an MRI to determine the severity of the strain.  Expect him to miss a few weeks so stash him in a DL slot as he is one of the best strikeout pitchers in the league with 45 punchouts in only 27.2 innings.

It is déjà vu all over again as Myers is back on the disabled list with a left oblique strain.  He suffered the injury in Saturday’s blowout win against the Mets and will now be back on the shelf for a couple weeks.  He already spent time on the DL with a right arm injury, so fantasy GMs have been frustrated with his inability to stay on the field.  It is believed that the strain is a Grade 1 meaning he should be back within a couple weeks and can hopefully stay on the field to build off of his .300 batting average, one home run, three RBI, five runs scored and one stolen base.  His absence ensures that Franchy Cordero will see regular at bats.

Sano has missed the past couple games with a hamstring injury but was available to pinch hit on Sunday.  This is a good indication he should be back within a day or two so GMs need not worry.  Sano has struggled thus far hitting .213 but he does have five home runs and 14 RBI through the first month of the season. 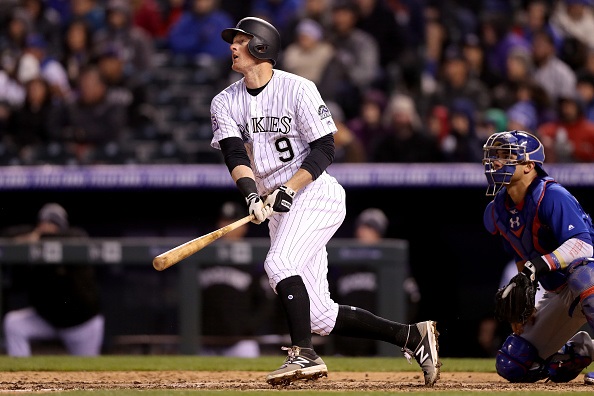 Speaking of hamstring injuries robbing players of games this weekend, D.J. LeMahieu also missed the past couple days with a hamstring issue.  Pat Valaika started in his absence which hopefully will not be extended much further as the free agent-to-be is having another stellar season batting .290 with five home runs, 12 RBI, 17 runs scored and three stolen bases.  LeMahieu is a very productive second baseman and GMs will want to know he is fully healthy by the time he is able to play.

The Giants have had their share of struggles but one bright spot that emerged in April was the promotion of Mac Williamson who replaced Hunter Pence when he got injured.  Williamson has already slugged three home runs and was batting .316 before he landed on the seven day concussion disabled list.  He should be benched this week and will hopefully be back on the field for Week 6.

Now seemingly fully recovered from his knee surgery, Ramos has hit the ball very well thus far batting .292 with four home runs, 13 RBI and ten runs scored for the red hot Rays.  However, he was removed from Saturday’s game against Boston with tightness in both of his groins.  He also sat out on Sunday but has reported some improvement on one side already.  Ramos will probably need another day or two to recover, but he should be back in short order and is a viable fantasy option in most leagues.

The Marlins do not have much firepower in their lineup besides Justin Bour , so any time he is out it leaves a vacuous hole in Miami.  Bour has missed the past couple games with back spasms and is considered day-to-day right now.  He is only an option for corner infield or utility in deep leagues because of his ability to hit the long ball, but if you need roster space then do not hesitate to drop him in the short term because he will probably still be available on the waiver wire to get him back at some point.

The Mets starting pitching has been awful for the most part beyond Noah Syndergaard and Jacob deGrom .  Steven Matz was attempting to prove he belonged and could stay on the field, but neither are looking good right now.  Matz is 1-2 with a 4.98 ERA, 1.29 WHIP and 26 strikeouts in 21.2 innings and is dealing with stiffness in his back which is likely going to push his next scheduled start back until next weekend.  He is barely worth owning at this point and will need to turn in a few solid starts in a row in order to gain the confidence of fantasy GMs who have grown weary of his poor health and lack of performance.

The Phillies have been one of the best surprises in baseball this year hovering near the top of the National League East.  They have been getting production all over the field except really for their young shortstop J.P. Crawford who is hitting just .188 with two home runs, six RBI and nine runs scored.  He has now landed on the disabled list with a strained right forearm which could mean an extended absence for him.  The good news is that rookie Scott Kingery can play everywhere and will step in at shortstop in Crawford’s place.  Kingery is a viable fantasy option due to his eligibility at multiple positions and he has shown spurts of his offensive capabilities over the course of the first month of the season.

By: Michael A. Stein (@FantasyJudgment)