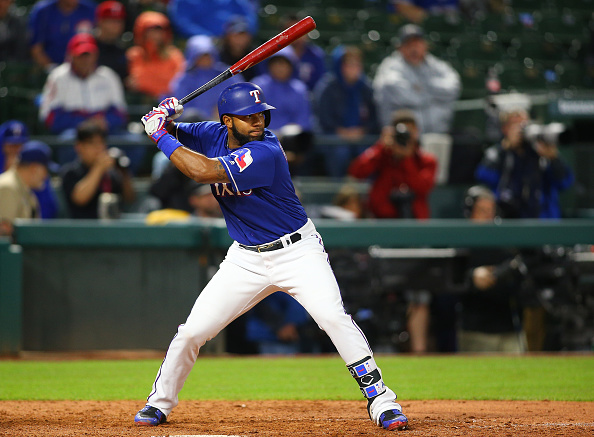 A lot has happened in the three days since the last injury report, so fantasy GMs are already feeling the pinch when it comes roster chaos.  There is nothing you can do about fluke injuries such as getting hit by pitches, but they are all part of the game and must be accounted for.  So, without further ado, here is the next edition of the fantasy baseball emergency room. 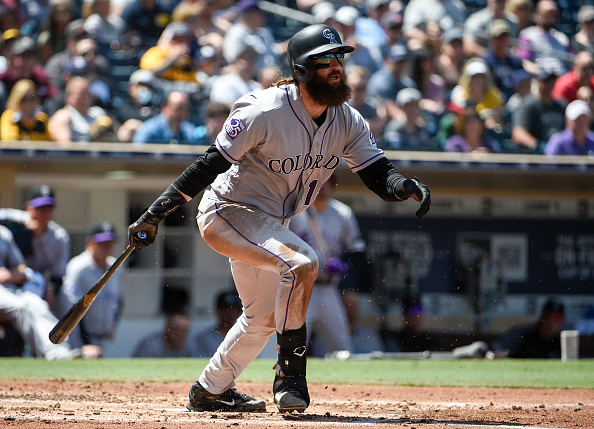 Blackmon has firmly established himself as one of the premier fantasy players in the league with his elite five-category production.  Many GMs spent a first or second round pick on the Rockies outfielder but have been without his services since Monday as he continues to deal with tightness in his quadriceps.  It is not known how much longer he may be sidelined, but if he is unable to return on Friday there is a chance he could be headed to the disabled list.  Look for Ian Desmond to continue filling in for Blackmon if he misses any additional time.

It was a bold prediction in spring training that Ramirez would go 30/30 this year, but he has gotten off to a great start batting .357 with two home runs, 12 RBI, eight runs scored and three stolen bases.  He suffered a contusion on his right wrist but the good news is that x-rays came back negative so there is no fracture.  He will likely miss another game or two but should be back on the field later this weekend.  Mitch Moreland will take his place at first base in the interim.

Terrible news for Andrus as he suffered a fractured right elbow when he was hit by a pitch on Wednesday.  The injury will not require surgery so his time frame to return is within six to eight weeks.  This is a big loss for fantasy GMs who were banking on solid production in all five categories from the Rangers shortstop.  He was hitting .327 with two home runs, five RBI and seven runs scored before the injury and should be stashed in a DL slot.

Eaton suffered an ankle injury last week when he slid into home plate but returned a few days later.  This proved to be the wrong move as he aggravated the injury and now finds himself back on the disabled list where he spent almost all of 2017.  Eaton has been productive thus far batting .345 with two home runs, five RBI and ten runs scored.  Look for Brian Goodwin to get most of the playing time during Eaton’s absence which will likely be more than ten days.

Price was taken out of his last start against the Yankees due to feeling some numbness in his hand.  He was getting rocked before being lifted but the good news is that he threw again on Thursday and is on track to make his next start against the Angels next week.  Price was a risky fantasy option this year but has overall been stellar compiling a 1-1 record with a 2.40 ERA, 1.00 WHIP and 11 strikeouts in 15 innings.

The Giants pitching staff has been decimated by injuries with Madison Bumgarner and Jeff Samardzija already on the disabled list.  Now Johnny Cueto has joined them after suffering a sprained ankle earlier in the week.  He has been brilliant thus far going 1-0 with a microscopic 0.69 ERA, 0.85 WHIP and five strikeouts in 13 innings.  Barring any setbacks, he should be activated early next week and make his next scheduled start which would be great news.

Arizona’s outfield has been snake-bitten by the injury bug as David Peralta is missing some time due to an injury to his left hand.  He suffered soreness in this hand during spring training so this could be a recurring problem.  It does not seem that he will require a stint on the disabled list at this point, but he could miss a couple days to allow time for recovery.  He is batting .316 with two home runs, six RBI, seven runs scored and one stolen base thus far making him a viable OF4 or OF5 option in deep leagues.  Look for Jarrod Dyson to see playing time while Peralta is out.

McCarthy is no stranger to injuries throughout his career so it cannot be a surprise to anyone that he is in this report.  He has started the year strong going 2-0 with a 3.31 ERA, 1.29 WHIP and 12 strikeouts through his first three starts.  However, he was lifted from his last start with a left shoulder injury.  The fact that it is his non-throwing shoulder is great news because he is expected to make his next start.  Fantasy GMs should be cautious with McCarthy because he cannot be trusted to remain healthy for extended periods of time.

There were high hopes for Margot coming into the season as a source of speed for fantasy GMs, but he has gotten off to a slow start batting .159 with one home run, three RBI, four runs scored and two stolen bases.  He now finds himself on the disabled list after getting drilled by a pitch in his ribs.  The x-rays came back negative, but he would have missed several days so the Padres made the roster move to give themselves some flexibility.  Franchy Cordero has been recalled and will now have an opportunity to showcase his skills and become a fixture on fantasy rosters.

For all the crap given to Troy Tulowitzki about his propensity to get injured, the same venom should be spewed at Travis d’Arnaud.  The former top prospect has annually spent time on the disabled list with a myriad of injuries.  He has been diagnosed with a partial tear of the UCL in his right elbow and will likely need Tommy John surgery.  It is likely that this will end his season before it even started, so it will be another wasted year for the Mets catcher.

With the injury to d’Arnaud, Kevin Plawecki was expected to have his chance to play every day and established himself as a major league catcher.  In his first game in this role, he was hit in the hand by a pitch and suffered a fracture.  He will now be out for a significant amount of time leaving the Mets with rookie Tomas Nido and journeyman José Lobatón as their catching options.  Neither are viable fantasy replacements so pass on them on the waiver wire.  It is possible the Mets go shopping for a catcher on the trade market so whomever they bring in could fit in nicely into their revamped lineup.