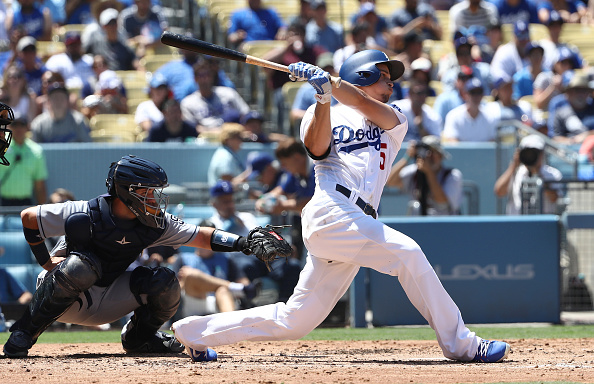 The season has flown by as we now turn the calendar to September.  The weather is getting cooler but the stress and anxiety over fantasy baseball injuries and playoff berths only continues to grow.  Most likely you are now unable to make trades, but you should still be scouring the waiver wire now that MLB rosters can expand with minor league callups.  There will be an abundance of options for you now if you need to compensate for the loss of a player due to injury.  So, without further ado, let’s delve into the next edition of the fantasy baseball emergency room.

Corey Seager (SS-LAD) – Seager has been dealing with discomfort in his right elbow which affects his throwing so he will sit out this weekend’s games against the Padres.  The Dodgers have the luxury of being cautious and conservative with their players so they are healthy and prepared for the postseason.  Los Angeles has depth and flexibility and will likely use Chris Taylor at shortstop while Seager is out.  Seager is a star player on the rise batting .310 with 19 home runs, 65 RBI, 75 runs scored and three stolen bases.  Bench him for the weekend but make sure he is back in your lineup next week assuming he is able to return to the field. 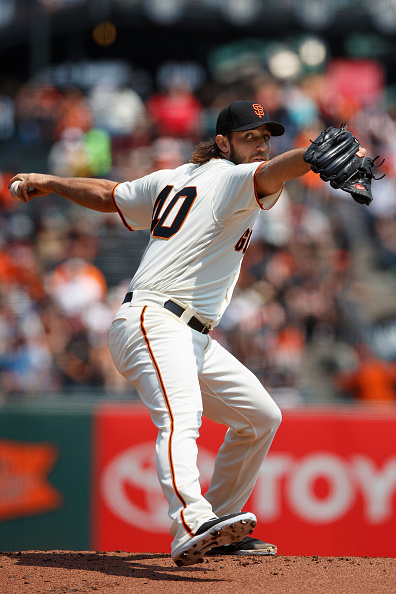 Madison Bumgarner (SP-SF) – The Giants have had a lost season and part of the reason was Bumgarner sustaining an injury while riding his dirt bike.  He returned right after the All-Star break and has pitched well despite his 3-6 record.  However, he was scratched from his start on Thursday versus St. Louis as a result of suffering from flu symptoms.  He should be back on the mound within a few days once he is feeling better, so make sure he stays in your lineup as he looks to improve on his already impressive 2.85 ERA, 1.04 WHIP and 81 strikeouts in 85.1 innings.

Justin Smoak (1B-TOR) – It has been an enormous breakout season for Justin Smoak who is hitting .287 with 36 home runs and 84 RBI.  However, he has missed a couple games in a row as a result of a calf injury.  The injury does not appear to be serious so we shouldn’t expect an extended absence for Smoak who looks to reach major milestones in September as he approaches 40 home runs and 100 RBI.  Steve Pearce will get some time playing in lieu of Smoak for however long he may be out.

Adrian Beltre (3B-TEX) – The future Hall of Fame third baseman has been limited to 79 games this season and is batting .317 with 16 home runs and 66 RBI.  He continues to rack up stats but at his age his body is breaking down as indicated by suffering a left hamstring strain.  Beltre will undergo an MRI on Friday to determine the severity of the injury.  You can expect he will be placed on the disabled list and will likely miss at least a few weeks which means Joey Gallo will be responsible for manning third base.

Jose Abreu (1B-CHW) – The slugging first baseman is in the midst of another solid season batting .301 with 26 home runs, 80 RBI and 77 runs scored.  He has been a bright spot on an otherwise terrible White Sox team that is going through a complete rebuilding process.  Abreu injured his elbow on Wednesday against Minnesota and missed the game on Thursday as a result.  Chicago’s manager, Rick Renteria, indicated that he expected Abreu back in the lineup by Friday meaning this injury is not considered serious.  Barring any setbacks, Abreu is a must-start on Friday assuming he is in the lineup so check back in for confirmation of his return.

Yulieski Gurriel (3B-HOU) – It is incredible how ravaged the Astros have been by injuries these past couple months yet have maintained such a safe lead in the AL West.  Now they can add Yulieski Gurriel to the list after he was removed from Wednesday’s game against Texas when he sustained an injury to his right knee.  He suffered the injury while running the bases and this also cost him Thursday’s game as Marwin Gonzalez played first base in his absence.  Gurriel has really come on offensively raising his average to .293 to go along with 15 home runs, 62 RBI and 60 runs scored.  He is considered day-to-day so check back later on Friday for an update as to his status for the weekend against the Mets.

Byron Buxton (OF-MIN) – The Twins are closing in on a postseason berth with a roster that not many pundits predicted would be competitive to even sniff the playoffs.  One of the main contributors of Minnesota’s recent surge is young outfielder Byron Buxton who is currently batting .249 with 13 home runs, 38 RBI, 52 runs scored and 24 stolen bases.  He had a spectacular month of August until he felt a serious pain in his hand during his final at bat on Wednesday night.  An MRI confirmed that there were no fractures as the concern was that he may have broken his left hamate bone, but in reality, all he has is a bone contusion.  He should be able to avoid the disabled list but still may need a couple days off for the pain to subside.

Carlos Beltran (OF-HOU) – It’s been a difficult return to Houston for Beltran who has been banged up with a variety of injuries for most of the year.  These physical ailments, and the fact he is 40-years old, have limited Beltran to a .235 average with 14 home runs and 49 RBI.  Now the most recent injury stems from him getting hit by a pitch on his right foot late in the game against the Rangers on Thursday.  He was taken out of the game for a pinch runner after he was gingerly trying to get to first base.  Beltran is considered day-to-day to this point because he cannot recover as quickly from these injuries and Houston also just acquired Cameron Maybin to provide some outfield depth.

Brandon Guyer (OF-CLE) – Under normal circumstances, Guyer would not make it into this report because he is not relevant in fantasy baseball.  However, he has gotten additional playing time due to all of the other injuries the Indians have had in their outfield.  Granted, Guyer’s .236 batting average with two home runs and 18 RBI probably isn’t going to be good enough to make it onto your roster or starting lineup.  However, at this point in the season you need players who are on the field.  Unfortunately for Guyer, he was taken off the field on Wednesday with a strained neck.  He is considered day-to-day after having a natural off day Thursday and should be back in the lineup for the upcoming weekend. 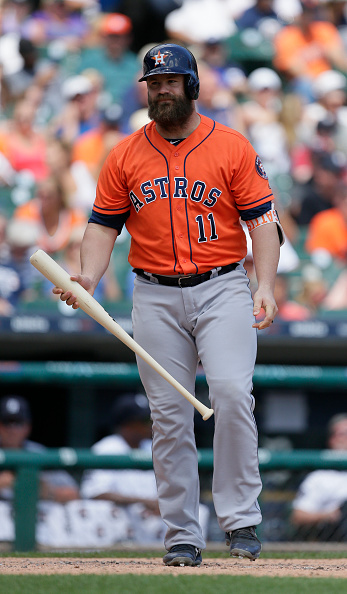 Evan Gattis (C-HOU) – Gattis had just spent a significant time on the disabled list with a concussion and now has landed right back on the DL with soreness in his right wrist.  He is always a productive fantasy asset as proven by his .269 batting average with 11 home runs and 45 RBI, but he has been limited to just 71 games due to various injury woes.  Juan Centeno has once again been recalled to back up Brian McCann.

Tyler Flowers (C-ATL) – Flowers has made himself a fantasy asset this season batting .279 with 11 home runs and 43 RBI.  Earlier this week, he was hit on the wrist by a foul ball and was eventually placed on the disabled list.  He underwent a CT scan which came back negative but still went to Atlanta to have further tests done by team doctors.  It looks like he will be out for an extended period of time so you may want to plan for an alternative behind the plate the rest of the season.

Jerad Eickhoff (SP-PHI) – Eickhoff was taken out of Wednesday’s game against Atlanta due to nerve irritation in his right hand.  He experienced some tingling in his right arm and was placed on the disabled list.  This is a serious concern so the Phillies will most likely shut him down for the season in order to properly treat him and ensure that he has time to fully recover from whatever is causing this sensation.  Eickhoff does not possess much fantasy value anyway so this is no major loss to GMs down the stretch.