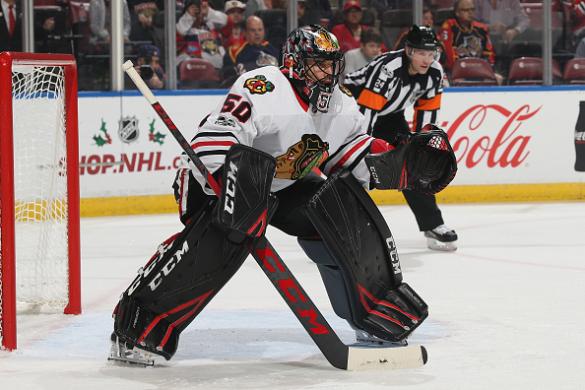 Suddenly, several quality No. 1 netminders find themselves on Injured Reserve. Crawford might be the best of them all, both from a fantasy and reality perspective. His replacement, Anton Forsberg, is now a hot commodity on the waiver wire and free agency in most fantasy leagues. Since there seems to be no information whatsoever about Crawford's injury, Forsberg's new gig as Chicago's starting goaltender may continue for a while.

If Crawford is not the best of the injured fantasy goalkeepers, then Murray certainly is. He was hurt last week vs. Philadelphia but has already begun skating again (albeit on his own). The Penguins expect the two-time Stanley Cup champion to return to action in 2-3 weeks. In the meantime, rookie Tristan Jarry has taken over the reigns as Murray's replacement and gone undefeated in regulation time (6 GP, 4-0-2). Pick him up for now. 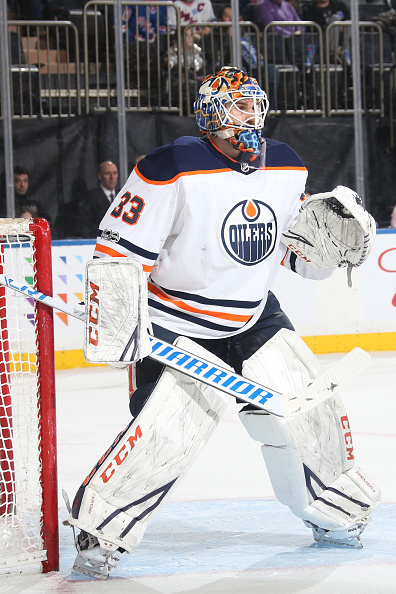 The third of our injured goalie troika is Edmonton's starter, who was struggling prior to going down with an upper-body issue. Unfortunately, replacement Laurent Brossoit has struggled even more since taking over No. 1 duties (2 GP, 1-1-0, 5.04 GAA, .855 Sv%). If Edmonton is to get back into the playoff mix, they will need Talbot back soon. In the meantime, perhaps Edmonton might give rookie Nick Ellis a chance between the pipes.

Another week, another Anaheim injury! This time, it's steady Swede Silfverberg who has now missed the team's last two contests. A regular on Anaheim's No. 2 line alongside Ryan Kesler and Andrew Cogliano when the Ducks are completely healthy, Silfverberg has played mostly with Chris Wagner during Kesler's absence this season. However, Silfverberg has struggled to produce consistent numbers without his regular center.

Unfortunately, Zibanejad's upper-body ailment has been confirmed to be a concussion. Therefore, the Blueshirts will probably take it easy with their No. 1 center until he is completely symptom-free. The 24-year-old Swede, acquired from Ottawa in 2016 for Derick Brassard, had been outplaying Brassard (22 points vs. 17) so far in 2017-18. In Zibanejad's absence, David Desharnais has come out of coach Alain Vigneault's dog house.

It has been a relatively slow start to his Montreal career, and injuries are partly to blame. While he has only missed the last two games, Drouin was reportedly playing with this lower-body issue for a little while now. Montreal needs him back in the lineup as soon as possible, mostly because he is their best playmaker. Furthermore, he needs to continue his baptism-by-fire season as the team's No. 1 center (by default).

Rookie Debrusk, son of former NHL tough guy Louie Debrusk, was off to a very good start to his freshman campaign with four points in his first four games this season. However, he slumped badly afterward and wound up a healthy scratch once in mid-November. He was beginning to bounce back recently until his upper-body injury felled him again. He has missed the last three games. Debrusk must fight for his gig upon returning.

The 26-year-old, first-year Swede had been playing well for San Jose prior to his injury. Heed was seeing steady minutes on San Jose's third pairing and was also a part of the No. 1 power-play unit (along with Brent Burns, Joe Thornton, Joe Pavelski and Logan Couture). It enabled Heed to produce eight points in 18 games so far in '17-18. Dylan Demelo has filled in for Heed on defense and Tomas Hertl is now seeing more power-play time. 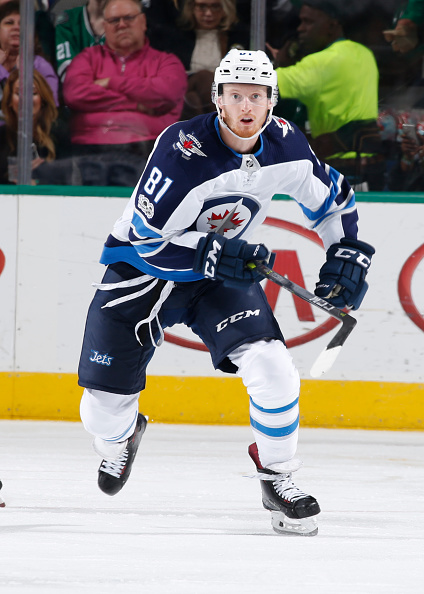 It is very unfortunate that the young, speedy Connor was felled by injury recently, since he was on the verge of establishing himself on Winnipeg's No. 1 line alongside Mark Scheifele and Blake Wheeler. Connor produced nine goals and 17 points in just 21 games prior to going down. Despite starting 2017-18 in the AHL, Connor is now in the thick of the Calder trophy race for rookie-of-the-year honors. He needs to return quickly, though.

Donskoi was off to his best start in the NHL since joining San Jose in 2015. The 25-year-old Finn produced seven goals and 12 points in his first 23 games before missing the last three contests due to his current injury. Donskoi seems likely to reclaim his spot on the Sharks' No. 2 line alongside Logan Couture and Tomas Hertl, though that likelihood decreases with every game he misses. He is still a worthy fantasy sleeper this year.