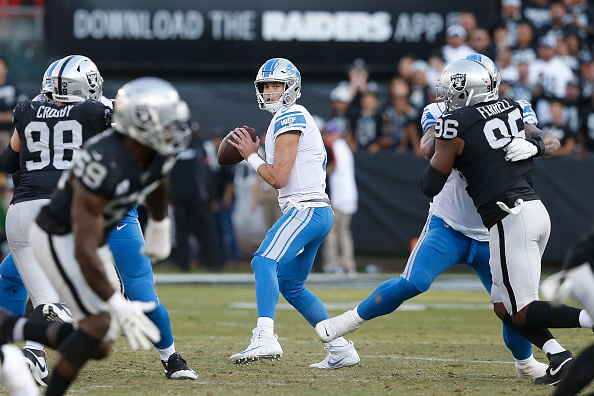 We’ve done some quarterback comparisons towards the top of the position, but what if you have waited to take your signal caller and are getting towards the end of the draft? Two popular options around the QB10-15 area are Matthew Stafford and Ben Roethlisberger . Two veteran quarterbacks who are both coming off of fairly major injury, who have helped fantasy players win championships in the past. Both are viable choices to be the starting quarterback on your fantasy teams, but which one is the right choice? Let’s break it down by several factors to come to the most informed decision.

We are looking at two pretty similar players here as far as skills. While we have talked a lot about the added benefit of a fantasy quarterback who can run with the ball, neither of these guys will give you that bonus. Roethlisberger’s career high in rushing yards is 204 and that was way back in 2007, and Stafford only barely beat that with 207 back in 2016. Considering they are both coming off of injury, there is no way that I would expect either guy to top 125 rushing yards this season. However, they both have great arms, have been fairly durable in their careers, and have long track records of success. I would have to give the slight edge in arm strength to Stafford, who really can just air it out to his wide receivers.

Their injuries have already been brought up several times in this article, but it is time to dive into them now. Ben Roethlisberger missed all but two games last year with an elbow injury that required Tommy John Surgery. Matthew Stafford missed the second half of last season with a fracture in his back which he tried to return from but was unable to suit up at all after Week 9. He isn’t an old man by any stretch, but we have seen back injuries take down many sports stars over the years. Roethlisberger had an elbow injury that required Tommy John Surgery. This injury is a year or more of rehab for a baseball pitcher, but not many quarterbacks have had to deal with this sort of injury in football. He is fully expected to recover in time to start the season, but the thought of reinjury also has to be in your mind. At 38 years old, Roethlisberger would appear to be at a slightly larger issue for reinjury than his 32-year-old compadre in Stafford. Before this, Stafford had played in 136 consecutive games, which is an impressive streak for a quarterback. Big Ben, on the other hand, does seem to miss a couple of games most seasons. 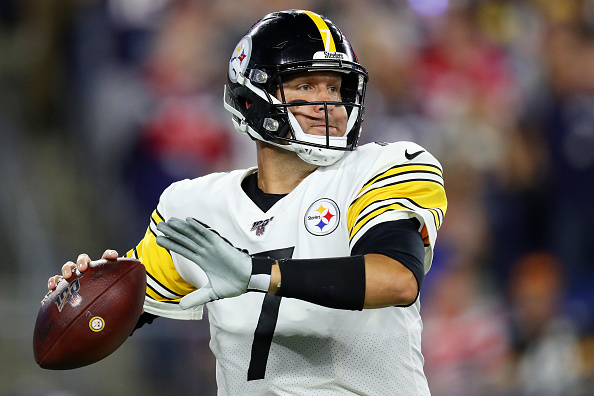 Both teams are more inclined to pass than to run. You could argue that the Steelers ran the ball more last year, but that is entirely because Roethlisberger was hurt, and their backups were atrocious. The Steelers were known as a running team through most of their history, but in the last seven or eight years they have really been airing it out. Roethlisberger threw it a ridiculous 675 times in 2018, and while I don’t see that happening again, clearly this offense revolves around his arm. If James Conner can stay healthy and be good, that will help Roethlisberger to keep the defense from just focusing on the pass. There is little doubt that Roethlisberger will throw the ball at least 550 times again in 2020. Stafford had nearly 300 attempts in his eight games last season and has never had a full year where he had fewer than 550 passing attempts. The Lions drafted D’Andre Swift this year, but we will see if that can cure their horrible run game. The Lions haven’t had a 1,000-yard rusher since the Barry Sanders it seems, so it often is like they have no choice but to pass. Even if Swift is an amazing success or Kerryon Johnson actually stays healthy, I don’t see a philosophy change for them this season.

This one is a close one, but I like Detroit. JuJu Smith-Schuster is a great receiver, but the best of the bunch is Detroit’s Kenny Golladay . The guy has awesome speed, he has a great ability to win the contested catch and will be an elite receiver in the NFL for a long time. Marvin Jones is a great second receiver and is among the best possession receivers in the league. He also started catching more touchdowns in the past couple years and should be another great target for Stafford. Danny Amendola is a very unspectacular, but very reliable third receiver, and second year tight end T.J. Hockenson has all of the talent in the world if he can stay on the field. Both running backs Kerryon Johnson and rookie D’Andre Swift can catch the ball out of the backfield. Big Ben has a very good receiver in Juju and then has Diontae Johnson and James Washington as great options after that. They brought in Eric Ebron at tight end, and both James Conner and Jaylen Samuels are very good pass catchers out of the backfield. This is another close one, but the advantage is in the Motor City

According to Pro Football Focus had the Steelers line ranked ninth in the league and the Lions eleventh after the 2019 season. Neither team made major changes in the draft, and the Lions made the only “splash” in free agency, signing Halapoulivaati Vaitai away from the Eagles. Far from the best tackle in the league, but it will improve their line. This one is fairly even as well

Over the last five full seasons that each man has played, Ben Roethisberger has turned the ball over 78 times, while Matthew Stafford has 74. Roethlisberger tends to throw a few more interceptions, while Stafford tends to fumble a few more times. Both turn the ball over close to the same amount, and this is not an option of a way to differentiate the two quarterbacks

They are two very closely ranked quarterbacks, and with all of our comparison articles this year, you would be hard pressed to go wrong either way. The Steelers ran the ball far more last year with Roethlisberger hurt, but they should go right back to their aerial ways with him back under center. Stafford was on his way to a career best year before the back injury, and with the emergence of Kenny Golladay to an elite option, things just continue to look better. The Lions also have an easier division as far as defenses go. The Vikings and Packers were both pretty weak against the pass, while the Steelers have to play the Ravens twice and what should be an improved Browns defense, while the Bengals are working to be better as well. The Lions do have the Bears, which is tough, but overall I feel Detroit has the easier road. Both should have a great 2020 season, despite coming back from major injury. However, if you had to make the choice between the two quarterbacks I would go with the younger guy, with the higher upside receiver. That is right, the final choice here is Matthew Stafford . I know that I will have some teams with Ben Roethlisberger as my starter, but that is only if I wait until very late to fill the position.