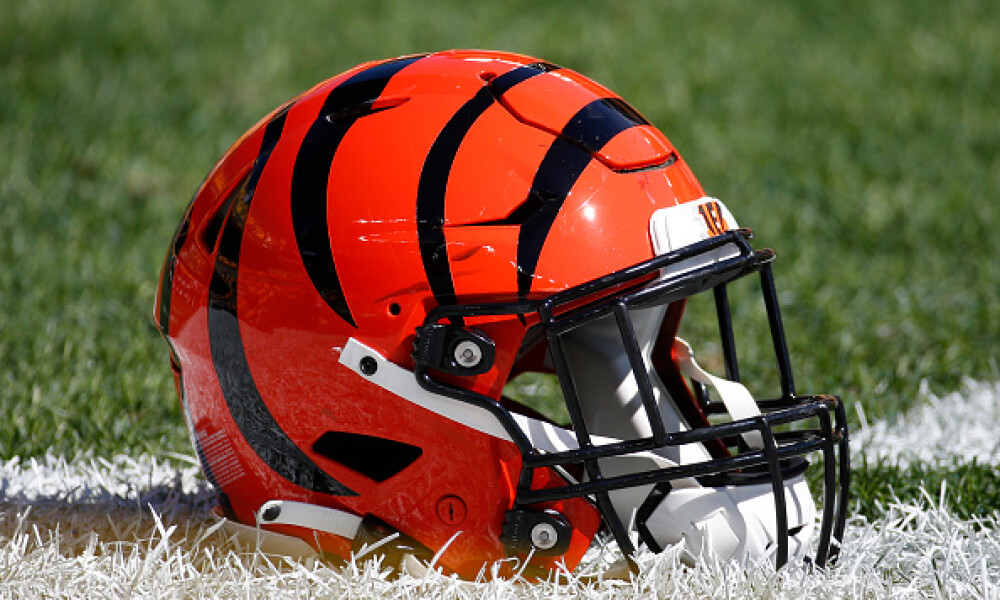 In this series, we are going to hit on each team and give you a brief rundown of how they look going into free agency, what moves are at their disposal, and what you might expect from the team. NFL free agency begins during the legal tampering period on Monday, March 14, 2022, and then players can officially sign on March 16th.  All salary numbers within the article are courtesy of OverTheCap.com.

Obviously losing the Super Bowl is about as disappointing as it gets but, looking forward, there’s not a whole lot to complain about. The Bengals not only have a young core locked up for a few years but they actually have the fourth-most projected cap space of any team for 2022. Their window to compete is WIDE open and the team is likely to be even better than the one that won the AFC this past year, if you can believe it.

On offense, they have their young quarterback and two stud wide receivers on rookie deals while also having veterans Tyler Boyd and Joe Mixon locked up for at least the next two years. Doesn’t get much better from a weapons standpoint. The focus now is on bolstering the offensive line and defense so they can get right back to the big game and win it this time.

The most common way to generate money via restructuring is to convert base salary to signing bonus which can then be spread out over the remaining years of the contract. You can also potentially incorporate an extension to spread that money out further. How favorable that is for both the team and player comes down to the long-term outlook for the player. In certain circumstances, you may even have the leverage to ask a player to take less money. The Bengals don’t really need to free up much space but here are some sources if they wanted to.

Trey Hendrickson proved he was worth the money they gave him but the reality is that the current setup for the contract actually allows the Bengals to get out of the deal as soon as next season if they wanted to. If Cincinnati really wanted to make some BIG splashes this offseason though, they could work out a mutually beneficial deal with Hendrickson that would free up cap right now and also give him more future security. By converting his base salary to a signing bonus, they could generate a little over $7 million in cap space while also moving the cap hit for Hendrickson into the future which typically makes guys less likely to be cut down the line. Given his performance, I’d say this is the first source of cash they should look at if they need/want it.

Very similar situation to Hendrickson - as they progress into Joe Mixon’s contract, he gets easier and easier to cut in terms of dead money. Given the shelf life of the position, the team might not want to spread his money out too far down the road but they could generate $4.7 million in 2022 if they really wanted to.

Same deal here which speaks to the great job the Bengals have done with this roster - if you read some of the other team breakdowns it’s not quite so pretty. D.J. Reader performed well and he doesn’t have much guaranteed money over the last two years of his deal. Just spreading out the salary could save a little over $4 million but, if they actually decided to extend reader and add years to the deal, they could actually free up as much as $6.5 million for 2022. Again, they have cap space so might not need it but, if they want to make huge splashes, the option is there.

Most teams have a couple of guys that they might want to consider trading away to help with contracts, ease the transition into a new scheme, or simply cut ties with the player but the Bengals honestly don’t. If anything, they should be on the buying end of the trade market, potentially looking to acquire a guy like Laremy Tunsil. Some teams like the Bears are converting from a 4-3 to a 3-4 base and those teams make for great trade partners as they turn over the system.

This is the biggest and most impactful name floating around right now as a cut candidate. The team doesn’t have many places to drastically improve but they could certainly do better than Trae Waynes and can save an additional $10 million against the cap by cutting him loose. With that and the money they have, they could really go out and get one of the top corners on the market.

Everyone knows upgrading the offensive line is one of the biggest priorities. If they find a better option at center, Trey Hopkins can be cut with only $1.125 million in dead cap and they would save nearly $6 million. This one really just depends on whether they find the right replacement or not because it’s an easy enough move financially.

Fans might want him gone as a knee-jerk reaction to his Super Bowl performance but it goes a little deeper than that. Coach Taylor suggested that the reason Samaje Perine was in the game for that run was that he’s the better pass-blocking back and he was in for two-minute drills. My take on that is this - if you want to use a one-back system with a similar backup that just spells the starter, then commit that system. If you want to use a two-back system with a separate passing down back (as was done with Giovani Bernard in the past), then commit to that system. In either instance, you can find a better back than Samaje Perine for either role and you can save $1.5 million with only $350K in dead cap by doing that.

Larry Ogunjobi - Ogunjobi was given a one-year “prove it deal” and, for all intents and purposes, he proved it. Of the Bengals' free agents, I would make it a priority to bring him back as he knows the system and clearly fits within it. One less thing to worry about and you have the money.

At this point, it seems like Jessie Bates will be back one way or another - whether they find a way to extend him or whether it’s via the franchise tag. Bates even hinted himself that the franchise tag was on the table by tweeting out an “eyes” emoji the moment the franchise tag period opened. He’s a fan favorite and seems to want to be back, so hopefully, they figure out something a little more permanent.

Riley Reiff - Coming to the Bengals, Riley Reiff was known as a good player who is injury prone and he proved to be exactly that. He played well in his 12 games but was out when it mattered most down the stretch for the Super Bowl run. Reiff hasn’t played a full season since 2015, which really has to make you question his durability. Free agency isn’t always simple but in the case of Reiff, it might be - if you can find someone better in free agency then do it and, if not, bring him back and hope his string of “bad luck” is over.

Like Samaje Perine, Quinton Spain had a brutal Super Bowl moment allowing what amounted to the game-losing sack on Joe Burrow. He then showed a lapse in character by lashing out on social media following the game. The Bengals have money. They know they need to upgrade the offensive line. This is probably a good place to focus.

This is an interesting one. On one hand, C.J. Uzomah is a fan favorite and, clearly, he loves the organization. On the other hand, it’s no secret that he’s not necessarily an elite tight end and he’s already 29. The Bengals' offense has plenty of firepower, however, so they don’t necessarily need to lean on the tight end position the way someone like the Chiefs or Raiders do. I think that bringing Uzomah back on a team-friendly deal is a smart move but also wouldn’t be surprised if they went for an upgrade in terms of pass-catching tight end. They have a reliable blocking tight end in Drew Sample.

If it weren’t for the last game of the season, there probably would be more positive buzz in terms of bringing Eli Apple back. But the last game of the season happened to be the Super Bowl and he happened to let up two touchdowns in that game. The Bengals essentially run a 4-2-5 as their base so they need three good corners to make it work. If they can’t find anything better on the open market, maybe they bring him back.

Offensive Line - There is no secret that the Bengals need to improve along the offensive line. Counting the regular season and playoffs, Burrow was sacked 70 times. The good news is that the Bengals have money and they have some flexibility. Jackson Carman has been touted as a guy who could play guard or tackle and, if they bring Riley Reiff back, he’s said before that he’s willing to play wherever the team needs him to - whether that is guard or tackle. The Bengals really should focus on just bringing in the best possible players they can on a decent deal. There are some serious players available like stud Terron Armstead who graded as PFF’s top tackle in 2018 or guard Brandon Scherff who has been rock solid for Washington. It might be wise to go after both a tackle and a guard - say, you go after a tackle in free agency then sign the best available interior offensive lineman in the draft.

Cornerback - We mentioned earlier but the Bengals base “4-3” is really more like a “4-2-5” as they primarily operate out of nickel. And with that, you are going to need as many rock-solid corners as possible. You have Chidobe Awuzie and run-stuff specialist Mike Hilton but it might be a good idea to go out and get the best corner you can to line up opposite Awuzie. Losing next year because of Eli Apple would be a tough pill to swallow. Two former Patriots, Stephon Gilmore and J.C. Jackson, could both hit the free-agent market and have got to be near the top of the list. Carlton Davis, Darious Williams, and Casey Hayward Jr. are also names that would be obvious upgrades.

Tight End - As we mentioned in the C.J. Uzomah section, this would be more of a luxury pick than anything but the Bengals don’t really have a lot of holes. They could improve along the defensive line but bringing back the free agents they have would cover that pretty well. In my opinion, Uzomah is just as good as any other two-way tight end out there are the market including guys like Dalton Schultz, David Njoku, and O.J. Howard.  If they wanted a two-way tight end, I’d opt to sign C.J. Uzomah on a short deal then target one in the draft and let them develop. If they really wanted to try to pivot and maximize their offensive firepower, they could however go after a primary pass-catching tight end with some speed like Mike Gesicki or Evan Engram. Going after a tight end that skews pass-catching and pairing them with your blocking tight end in Drew Sample could make for an interesting tight end room.