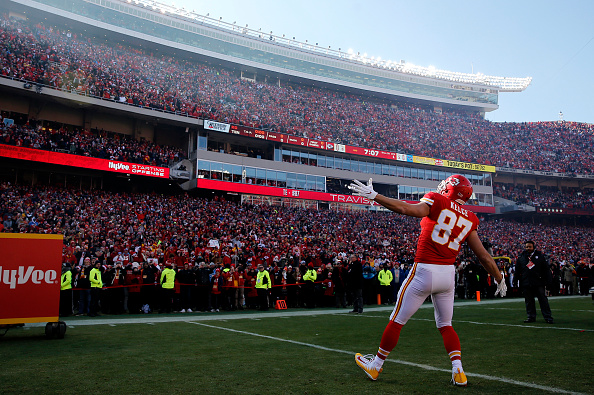 Everyone loves to watch the Red Zone channel on Sunday’s and cut out all the plays that get the teams to the part of the field where scoring really happens. So if everyone thinks that the only part of an NFL Sunday that really matters is the part where the teams are inside the 20 yard line, why don’t fantasy players pay more attention to that part of the field when drafting to begin with?

Touchdowns are notoriously tricky to project from year-to-year, even for the stud players, just take DeAndre Hopkins for example, over the last four seasons, despite playing at least 15 games in all of them and keeping the yards per catch between 11.2 and 14.4, he’s varied between four and 13 touchdowns in that span. However, they are still big parts of putting up winning weeks in fantasy football as the six points you get for each one really boost your point totals in a hurry. Studying who does what in the Red Zone can up your chances of getting those scores on your team week-in-and-week-out. Whether that be which offenses are the most efficient or what systems do the best jobs of converting or how the teams are scoring their touchdowns, it’s all important.

At this point, you might be thinking, but wait, the NFL is a league of big plays and highlight reel plays that are showing on NFL Network and ESPN every week and no one does anything inside the 20 any more. Oh but they do. Since the start of the 2016 season through the end of last year, there were 3,171 total passing touchdowns and 2,149 of them came inside the 20-yard line which is more than two-thirds of the scores through the air coming in the Red Zone. So even in the era of the big play offense where it seems that teams are incapable of scoring without the presence of the big play in their offenses, more than two-thirds of the scores still come close to the endzone. That doesn’t mean that every QB had the same percentages last year though to keep that two-thirds intact. Atlanta is seen as a big play passing offense with Julio Jones , Calvin Ridley , and then-TE Austin Hooper playing big roles in the passing game, however of the 26 passing touchdowns that Matt Ryan had last year, 20 of them came in the Red Zone for a whopping 77-percent. Let’s look at another quarterback that had 26 passing touchdowns last year in Patrick Mahomes , who in 2018 had 50 passing touchdowns with 35 inside the 20, who only put up 11 of them inside the 20 for a lowly 42-percent. Both quarterbacks are in offenses that were among the best in the league and are known for passing attacks that are tough to stop, yet they still scored in two completely different ways.

It shouldn’t surprise you to know that a vast majority of touchdowns on the ground come inside the 20 as the break away score is tougher to come by now as  a running back who doesn’t score on a break away is subbed out for the other back in the committee for the tougher yardage. In the last four years, 87.5-percent of the rushing touchdowns have come from the 20 or closer or 1,496 of 1,709 touchdowns. There are a few outliers to that ratio like Saquon Barkley sitting at 50-percent of his six coming inside the 20. Damien Williams was also down at 60-percent of his five scores coming in the Red Zone.

So that means of the 4,880 total touchdowns scored on offense in the last four seasons, 3,645 of them came in the Red Zone, or just under 75-percent. With that high of a percentage of touchdowns scored in the Red Zone over the last few years, how do you maximize your shot at getting players that produce inside the 20 as there are clearly players that go against the grain of the typical Red Zone rates? It’s time to look at team efficiency.

Below is a table that shows each team’s Red Zone scoring attempts per game and what percentage of those trips they scored touchdowns on for each of the last two years. As you’ll notice some teams swing wildly between the two but there are quite a few teams that are relatively consistent in that span. The percentages are important to take into account because if a team doesn’t get there as often as another but scores at a much higher rate, they may actually score more touchdowns than the team that gets there more but doesn’t score as often.

A perfect example of what was just said is looking at the Titans and Cowboys from 2019. The Titans got there less often than Dallas but scored more frequently and therefore, Tennessee averaged 2.2 touchdowns in the Red Zone a game compared to 1.9 for Dallas which means that Tennessee actually scored nearly five more touchdowns as a team inside the 20 than Dallas did making them a more reliable source of those six bonus points for fantasy last year. How do I know that logic held true? Well the Titans scored an average of 3.4 touchdowns per game in general in 2019 and Dallas posted 3.1, exactly .3 touchdowns a game more making Dallas more reliant on big plays that if they were stopped on, dropped the touchdown rate for them.

Clearly there are outliers for every stat in football and no matter how you cut it, predicting touchdowns from year-to-year is a tough task for even the best of analysts. However a great way to get a leg up on the competition is to study who did what in the Red Zone over the last few years because it may lead you to getting more of those coveted six points in fantasy that will make a difference between a win and a loss each week. If you want a more in-depth breakdown of Red Zone numbers, there will be another piece coming out as part of the draft guide in July that will do a more thorough break down of players and positions that will help you really dial in to who the best targets are when drafting.