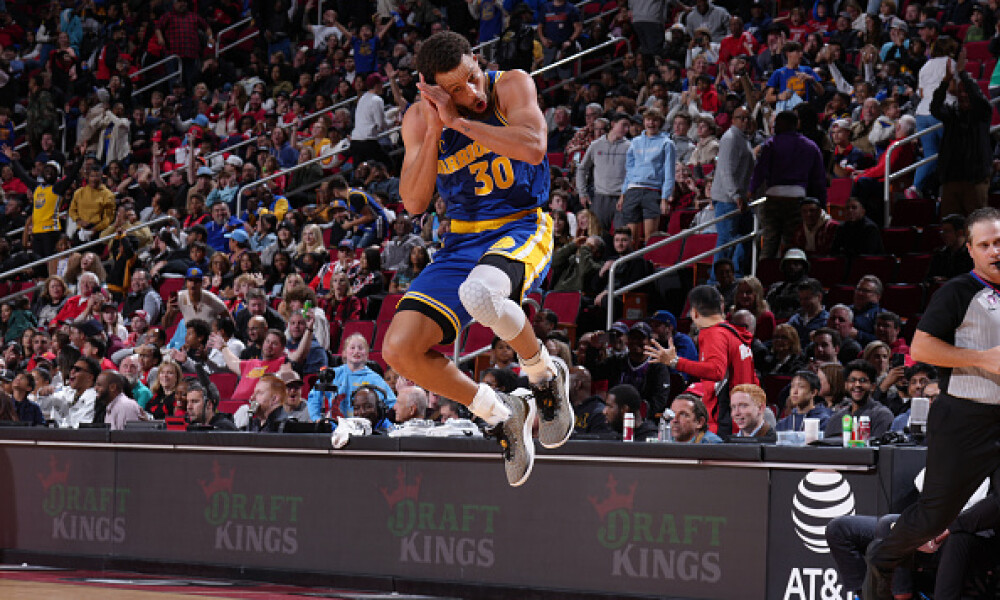 Our last game prior to Thanksgiving takes us to the city by the bay as the Los Angeles Clippers come to town to take on the Golden State Warriors. From the perspective of the NBA DFS Showdown slate, it is very interesting as we essentially have Stephen Curry and everyone else. With both Paul George and Kawhi Leonard out tonight, the price in the Captain spot on DK between Curry and the next option, Andrew Wiggins, is $6k. With that being said, there are still multiple directions in which you can take your lineup tonight while nothing that the Warriors are nine point favorites. Let us take a look at some NBA DFS Showdown Slate options for tonight.

You had to figure this is where we were headed tonight as Curry will also be nice and fresh heading into tonight’s game after missing Monday’s game for rest purposes. All Curry did in his last game was finish with 33 points and 15 assists for his second straight game of double-digit assists. Curry continues to play at a high level as he is averaging 32.3 points along with about seven rebounds and seven assists per game and I am not sure how do you don’t roll with him for this spot based on all of the other available value as no one comes to close to his upside or floor.

It is a favorable matchup for Zubac against the Warriors tonight, and more offense will be asked of him as well tonight with the Clippers down their top options. In Zubac’s case, that additional offense likely means something close to the 14 points he picked up on Monday, but that did come with 14 rebounds as it brought his average for the season up to 11.2 along with about two blocks per game.

With the main sources of offense for the Clippers on the sidelines, the opportunity will be there for Jackson to take all of the shots he desires, and then some. In his last three games, that has led to 23, 20, and 27 points respectively, and that should continue tonight as the Clippers will need everything Jackson has to offer to try and keep up with the Warriors.

Wiggins was among the Warriors who rested on Monday, and he continues to prove himself as a worthy secondary option to Curry. While he flashes offensive upside, Wiggins is generally pretty solid this season averaging 18.4 points and 5.6 rebounds per game as a reliable option to provide between 30 and 40 DK points as a reliable floor option.

After scoring 17, 19, and 20 points respectively in his three prior games as he continues to look for his shooting stroke, Thompson went off on Sunday as he scored 41 points against Houston. The hope tonight, and moving forward, is that Thompson can continue to hold on to his shooting stroke and let the momentum carry forward.

If you are looking for where the additional volume is going for the Clippers, look no further than Powell. In his last two games, Powell has displayed his offensive upside with 26 and 30 points in his last two games and there is no reason not to expect a similar workload and production tonight.

Despite the absence of George and Leonard, I am not sure we can expect much more offensively from Wall as he has lost a step from his prime. With that being said, he did have a solid all-around game on Monday with 13 points, eight assists, and five rebounds as he takes on a larger role for the Clippers. That came a game after he handed on 15 assists as he has taken on a larger role as a playmaker.

The key here for Batum is minutes and workload as he is not going to do anything that truly jumps off the stat sheet. At the same time though, he does a little bit of everything, and if he finds his way into about 25 minutes of playing time tonight, the value is there.

Despite starting on Monday, Mann only played 21 minutes and finished with a lackluster six points. It was a disappointment as Mann has been known to flash offensive upside before and you never know when he can go off.

Jerome has been seeing an increased role of as late due to his defense, and with the potential of a blowout his playing time could increase. The guard does have offensive upside as well depending on the situation, and it does not get much cheaper than this.