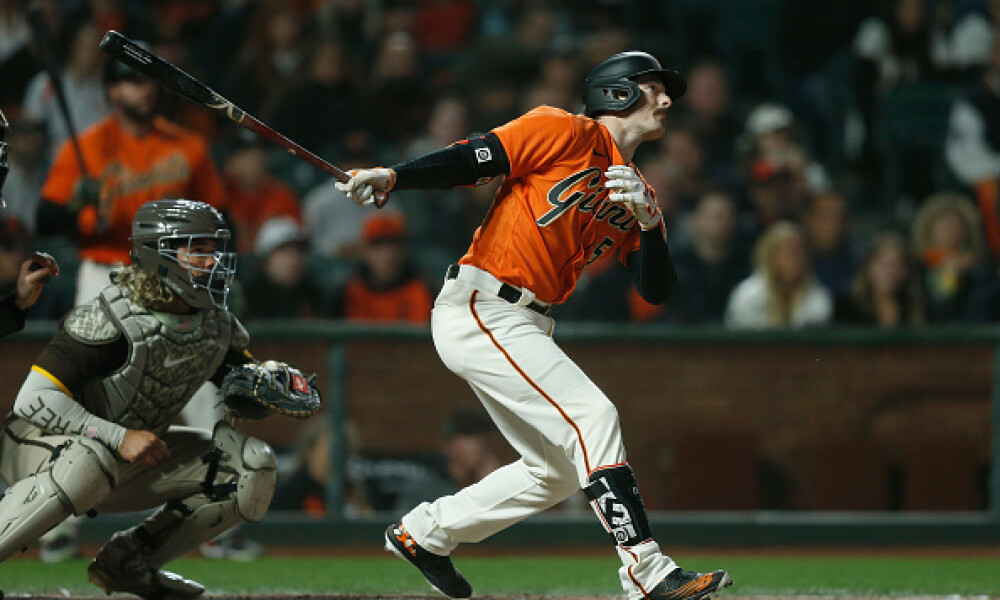 In the baseball world there are few family names as steeped in tradition as Yastrzemski, so it should come as no surprise that Mike Yastrzemski’s hitting profile is if nothing else a little bit retro. There are some players who are easy to watch a little bit, then look at their numbers and have an idea of what kind of player they are. Yastrzemski isn’t that type of player. He’s not a player that’s sitting at the top of a lot of MLB Player Rankings. Nor is he among the MLB league leaders in significant categories. If you go and start to dig into his numbers and the first thing you might think (or at least the first thing I thought) is how can a player with this type of average launch angle hit this many ground balls? It seems impossible. But this is truly where the human element of the analysis comes in because like all things that look strange, there is always an explanation which will dig into with today’s MLB Fantasy Baseball Player Spotlight.

If you have watched a good sample of Giants games over the last couple of years, one of the things you will notice about Yastrzemski is that he essentially hits the same way that every kid was taught in little league (this is an assumption obviously as this is how I was taught to hit) and that is you can swing freely until you have two strikes and then you need to focus on making contact. We don’t see this plate approach as often as we once did, as many batters are willing to keep the same swing no matter the count. So when you look at Yaz’s 16-degree launch angle and then see that he is hitting 40 percent of his balls on the ground it starts to make more sense, as you may have expected him to have a sub-ten-degree launch angle with that kind of ground ball rate. What makes this information particularly interesting is that it really adds weight to his batting average because you know that his approach is going to be contact-focused, and one of the hardest things to find in any fantasy baseball league is batting average. Let’s say that you don’t care that much about average because you play in an OBP league, well his approach lends well to that as well as not only do you have a solid batting average but you’re also adding in a 13-percent walk rate partially because he is able to work deep into counts because he is making contact (this is also shown by his 23.3 percent called+swinging strike rate). How is he going to help me win in fantasy though?

Certainly, you wouldn’t be blamed if you said, that Yastrzemski’s general profile, outside of the previously mentioned batting average and OBP, doesn’t really leap off the page at you especially when compared to the numbers of league leaders in past years. With that said though, while his home runs, runs batted in, and runs scored numbers aren’t going to be in the top ten of the league there isn’t a single one of those categories that will crush your team either. He is currently on pace to hit 18 home runs, score 74 runs, and drive in 60 runs, but it is only May and statistically big months would also change the complexion of these numbers as well, and what is particularly encouraging is that with the combination of Yastrzemski’s ideal launch angle, paired with his 96th percentile average exit velocity and 73rd percentile hard hit rate, he could find himself perfectly in line to have that big month and be a difference maker for your fantasy baseball team as we move into the summer months. Oh and let’s not forget the Giants have a couple of trips to Colorado still on the schedule, I hear those games can help stats too.