Fantasy Baseball Week That Was & Will Be: Opening Week Recap 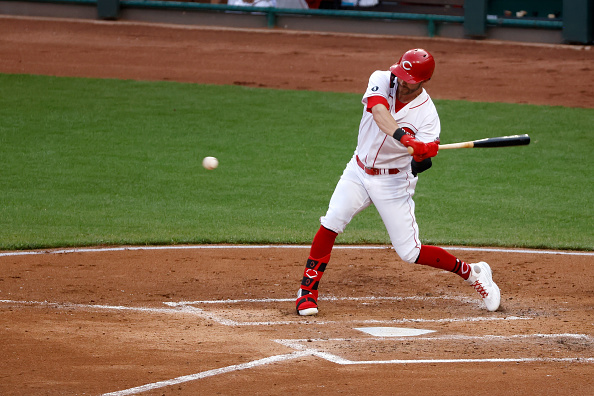 After a pandemic shortened season away from writing, I am thrilled to be able to bring the Week that Was in fantasy baseball back to the great pages of Fantasy Alarm!  Some things will remain the same including highlights and interesting tidbits from the week that was and the “wisdom” of the Baron of the Bottom of the Page (Schultz). One big change is that we will focus on the future as well, looking ahead to the week that will be in order to (hopefully) help you manage your fantasy teams in 2021 including by looking at what to do if your FAAB went sideways on Sunday night.

Thank you for welcoming us back!

Kyle Gibson :  I know I am not the only one that waffles on Kyle Gibson .  Ugh, bombed in his first start. Should I cut bait?  Hesitate . . . hesitate . . . . ok, one more.  Well, what do you know?  Gibson was great, tossing six shutout innings striking out eight in his next appearance.  Ok, I am back in again.  After all, this is a pitcher who has constantly strong ground ball and first pitch strike rates, showed a year over year increasing swinging strike rate (other than pandemic 2020) and now pitches in a pitcher friendly park.  Yes, it is only two starts, but Gibson is back to throwing 93+, is getting even more swings and misses, and seems to have a new slider that is working – really working.

For the Week That Will Be: Gibson gets two starts – one in his pitcher-friendly home park against TB and one on the road against a Bal team that provides him a nice shot for a win.  I am bidding for those of my fantasy squads where Gibson is not already rostered.

Trevor Rogers:  Rogers was the must have late pick pitcher for team Colton & the Wolfman in LABR NL.  Why?  Many reasons including the strong sub-indicators, substantially increased velocity, three pitches with a swinging strike rate over 10, two pitches with a ground ball rate of 55+ and a 3.67 xFIP that said his 6.11 ERA was not real.  Well, this week Rogers showed that faith was well-placed as he outdueled the best pitcher in baseball, Jacob deGrom , by throwing six innings of shutout ball and striking out 10.  On the young season, Rogers has 16 strikeouts in 10 innings and has continued his trend of increasing velocity by throwing even harder than last year.

For the Week That Will Be: Do not fear the start in Atlanta as Rogers’ stuff is that good.  Plus, even if he is not great this week, this could well be a staple starter for you the rest of the way and those are plain hard to find.  The window is closing so act now!

Tyler Naquin :  Just wow.  Where did this come from?  Through Saturday, Naquin has popped 5 homers, knocked in 12 runs and posted a 1,400+ OPS in just 27 plate appearances.  Actually, there were clues to some solid production if you look hard enough (I didn’t).  Over his career, Naquin has 36 dingers in fewer than 1,000 plate appearances and has hit .288 and .294 in prior MLB runs.  Of course, the issue is that the Cincy outfield is crowded when the team is healthy with Winker, Senzel, Castellanos, Akiyama, and Aquino.  However, if Naquin continues to perform, they will continue to run him out there frequently.

For the Week That Will Be:  If you need an OF, feel free to bid.  However, unless you are desperate, do not break the bank.  Facing SF in SF and then going against tough Clev pitching will be a test.  Invest, but do not invest as if this 29 year old is a 22 year old phenom making his mark.

Jakob Junis :  Five one hit innings this week opened some eyes but it is the new cutter that really has me interested.  I always take notice when a two-pitch pitcher becomes a three-pitch pitcher.  Yes, it is early but if this good ground ball, mediocre swing and miss pitcher can use that cutter for more swings and misses, there could be a there there.

For the Week That Will Be: I do not love the start against Toronto but I would pick up Junis, put him on the bench, watch the Toronto start and have him ready for a strong two-step the following week home against TB and at Det.

Emmanuel Clase:  Just filthy – which by the way is a compliment when describing a pitcher.  He throws over 100 consistently, has an absurd 29% swinging strike rate so far and induced grounders 75% of the time in the early going.  Just go watch him pitch.  He looks unhittable.  He really does.

For the Week That Will Be: People are still holding on to the idea that Karinchak or Wittgren will lead Clev in saves. They will not.  Clase will.  If you can still grab him in some shallow leagues or trade for him in others, do it.

What to do if your FAAB bids did not go as planned?:

If you did not get the pitchers you want, consider these middle relievers on teams with weak or unsettled closing situations:  1) Michael Fulmer who has his velocity back and pitches for a team that is not overflowing with great pen options; or 2) Lou Trivino who looks like he will be the first guy to get the chance to replace Trevor Rosenthal despite all the Jake Diekman noise.

If you need a catcher (and other than those playing in one catcher leagues, who doesn’t?), consider Jonathan Lucroy .  The once-upon-a-time a roto darling now appears to be making a last stand with 5 hits in 11 at-bats.  Oh, and he only has to beat out Alex Avila (and his sub .215 average in 5 of the last 6 years) for time behind Yan Gomes , so he has that going for him!

Finally, the moment you have been waiting for all winter (ok, really two winters) -- Schultz says: “(YAWN!!!) (stretch – “crack, crack, pop”) . . . So, this is what hibernation feels like. I would say that it feels like a year and a half since I’ve said anything but that would be all too factually accurate. I must say though, that I truly appreciate The Overlord disturbing my slumber for the 2021 season

As the repercussions of a virus-shortened 2020 season and the lingering presence of health protocols are wholly unclear, perhaps the old adage of “write about what you know” should come into play here. Which means Schultz should say something about the Indians . . . while it’s still their name.

With Francisco Lindor now calling Citi Field his home, the now-frugal Cleveland management is going to rely more than ever on their always exceptional pitching staff, which will likely lead to an inordinate number of close games. Which begs the question – who is going to close the close games that Cleveland actually leads in the 9th? (Ooh, such clever wordplay). The conventional wisdom was that James Karinchak would take over the role that became vacant when Brad Hand signed with the Nationals. However, it appears that adopting Ricky Vaughn as your role model and spirit animal might not have beneficial real-world consequences. The IRL Wild Thing could just as easily strike out the side as bean the mascot. Yes, yes – that’s Nuke Laloosh, Schultz knows. It doesn’t make Karinchak any more reliable.

Cleveland’s starting pitching is strong enough that it’s unlikely that Terry Francona will feel the need to strategically deploy an Andrew Miller -like weapon. While Tito has yet to formally say the words “Emmanuel Clase is the closer,” it seems all but certain that the youngster he calls the “right-handed Aroldis Chapman ” will soon earn the designation. Clase, who consistently throws 100 mph, was the main acquisition from Texas in the Corey Kluber trade. (Little digression here – in light of the horrific Carlos Baerga and Roberto Alomar deals and the fact that Texas and San Diego surely are not loving their respective deals for Kluber and Mike Clevinger , why was everyone so quick to immediately proclaim the Mets the unquestioned winner of the Lindor trade? I mean he only hit .258 last year and is presently hitting .176. Shouldn’t there have been at least a discussion as to whether Cleveland once again acted shrewdly?). OK, where was I – oh yes, if you’re prospecting for saves Clase should be a class above. (Ooh, more clever wordplay). The Overlord is surely fortunate to benefit from Schultz being in midseason form so early in the year.

Response:  As readers may recall, Schultz does exist but does not know what the early column will say.  That we agree on Clase is all the more reason to go get the Cleveland fireballer!