Drafting Pitching By the Numbers 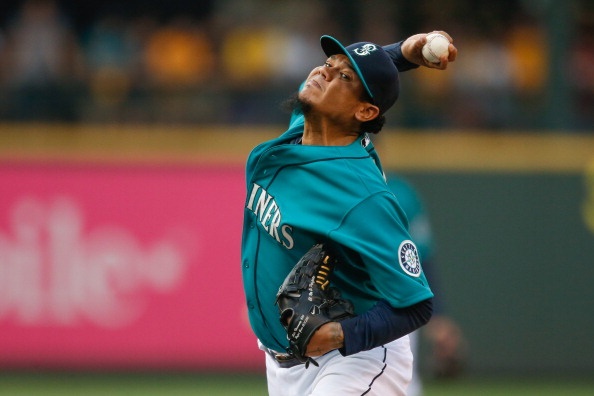 Recycling is good, right? I hope so because this week I’m going to go back and present a concept I’ve written about in a few different places for several years. We’re going to elaborate on the principle I referenced a few weeks back. Today we’ll set it up then later in the week we’ll get out our Texas Instruments TI-30 calculators and crunch some numbers.

Constructing your fantasy pitching staff is key to success. Whether you invest in arms early, or wait and cherry-pick the best of the rest, you need a plan. Not only that, your plan needs a basis. You can’t simply pick pitchers willy-nilly. It’s necessary to have a finish line objective in mind along with several routes to get there.

We’ll use the 2014 results from the National Fantasy Baseball Championship Classic competition to illustrate the process. This contest was composed of 15-team mixed leagues. Below are composite standings for the ERA category.

On the average, it takes about 115 rotisserie points to capture a 15-team league. Assuming a balanced squad, that requires 11 or 12 points per category, putting our target ERA about 3.36. In other words, we need to draft a pitching staff with a cumulative ERA of 3.36. For now we'll focus just on ERA, taking the leap of faith WHIP dovetails along, Later we'll add wins and strikeouts to the mix.

Jumping to the end, this procedure is going to identify the number of pitchers needed from preset tiers to yield a staff with the desired ERA. There's nothing extremely scientific about setting the tiers. Order your starting pitchers and closers by ascending expected ERA and look for natural breaks in the numbers. Ignore wins and whiffs for now. This will likely render tiers different than how you rank the pitchers as a whole, but that's fine. We'll take care of that later.

I took the liberty of doing this exercise with my pitching projections. Here are the results.

Let's work through one roadmap that leaves us near the desired 3.36 ERA.

Doing the math using the innings and ERA's provided above, this staff projects to 3.38 ERA, quite close to our goal of 3.36. Now let's use the current NFBC average draft position to gauge what picks would require building the above staff.

So based on this, here's a plausible roadmap:

By the numbers, it's necessary to expend six of your first 12 picks on arms to build a pitching staff for a balanced team. That's a pretty remarkable eye-opener. The math is the math. There's no magic. These are real numbers pertaining to real pitchers.

Next time we'll build a few more combinations leading to this same target ERA. After that, we'll discuss how it's possible to beat the system, so to speak. We'll explain how to defeat the math. It's not easy, but it's possible.