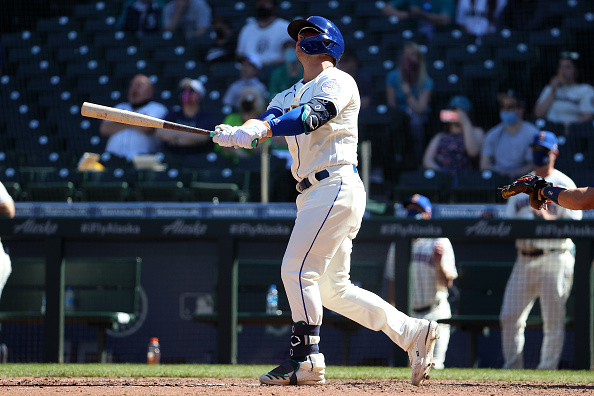 We nearly have a full slate of action today, so 14 games provides plenty of value for us to fill out our lineups! We’ll take a deep dive to see which pitchers we can exploit, as well as what situations present favorable opportunities for our DFS lineups. Without further ado, let’s put on our thinking cap, grab our stuff and head into the Value Vault for today’s action!

Ty France , 2B SEA ($3,800 DK/ $3,200 FD) - Martín Pérez has a 5.93 ERA on the year and right-handed hitters have been his kryptonite. Righties have posted a .319 average against the veteran southpaw with a .850 OPS and .374 wOBA. To France’s credit, while he’s hitting just .267 against righties this year, he has hit two home runs and likely being sandwiched in between two guys that have had substantial success against Perez should help his run/RBI chances.

Jonathan India, 2B CIN ($3,400 DK/ $2,700 FD) - India just parked his first major league four-bagger and it’s time to up the fantasy points today! Kwang Hyun Kim has struggled with right-handed hitters this season, to the tune of a .444 batting average against and .423 wOBA. While Kim’s numbers from 2020 look decent, his 1.62 ERA falters compared to his 3.88 FIP. The Reds are a nice stack today, and I like India to be a key cog in the machine that is the Cincinnati offense.

Wilson Ramos, C DET ($2,700) - Is Ramos going to be the catcher of the day? I think so! Despite just having one hit against left-handed pitchers this year, he’s a tasty 7-for-14 in his career off Mike Minor . Outside of the one home run, all the hits are singles but when Minor is on the mound, Ramos sees a beach ball and not a baseball. He’s hit safely in four straight contests, including two doubles and one run scored. It’s harder to go with Ramos on FanDuel where you aren’t forced to play a backstop.

Mickey Moniak, OF PHI ($2,300) - We all need some Coors in our life. Whether it’s Field, Light or something in between, it’s hard to ignore Coors. Now, while Coors Light is cheap, the players batting there aren’t cheap. However, Moniak provides some value in this contest. He just hit his major league home run, and while he’s been striking out way more than one would like. Germán Márquez has been more susceptible to lefties this year, so Moniak is a reasonable option for value at the game’s best offensive haven.

Corey Dickerson , OF MIA ($2,300) - I’m hoping that we see a couple extra-base hits from Dickerson today, but I’ll take multiple singles! Dickerson is hitting .385 against southpaws this season and Alex Wood , San Francisco’s starter, has allowed a .333 average .670 OPS to left-handed hitters. Dickerson has hit safely in six of his last eight contests and while I like him a whole heck of a lot today, I’ll be even more on board if he finds himself at the top of the order for this evening showdown.