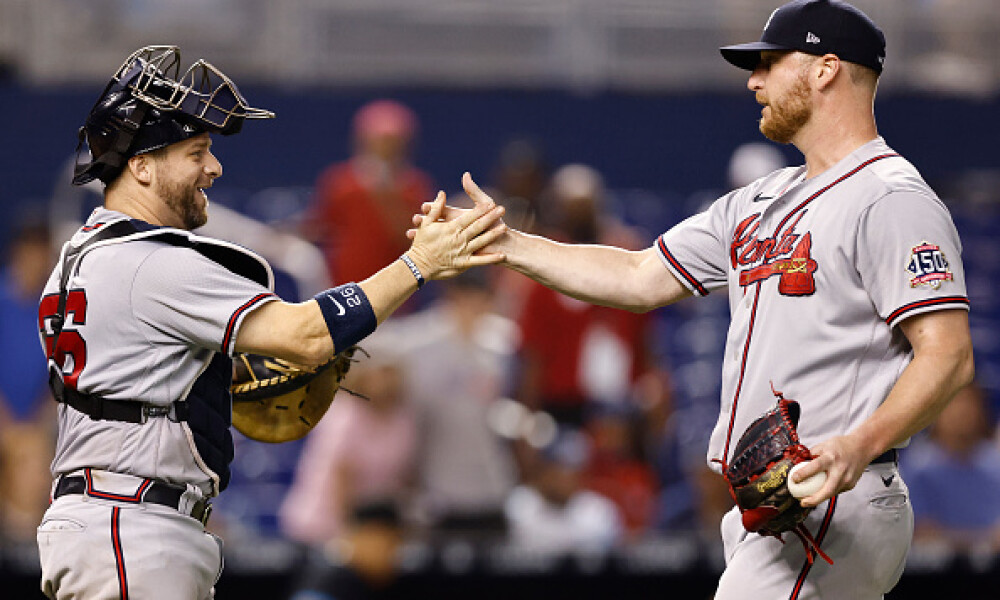 The Rays and the Giants are in first place in large part due to their strong bullpens. The Padres have the lowest team bullpen ERA (3.04), but the Rays and Giants are right behind them with a 3.10 and 3.20 team bullpen ERA, respectively.  Both teams continue to build on their strength. With several relievers currently on the IL the Rays signed a reliever who saved 110 games between 2014-2016. Meanwhile the Giants promoted a reliever from their farm system and who has yet to give up a run and has two saves to his credit. We’ll talk about those pitchers, and we’ve also identified three relievers who, based on their recent fantasy production, can potentially be used as streaming options in weekly leagues. Please enjoy this week’s Bullpen Report.

Will Smith saved three games over the past week for the surging Braves who are sitting in first place in the NL East. Smith didn’t allow a run or a hit this past week and while he seems to have a firm grasp on his role as the Braves’ closer, he’s got a great supporting cast pitching behind him. Richard Rodríguez, Luke Jackson and Tyler Matzek each held two games each and pitched a combined 6.2 scoreless innings this past week. Chris Martin, who has a save on the season and regularly pitches in high leverage situations, and Jacob Webb also didn’t give up a run last week and helped the Braves bullpen post a 2.66 ERA during that time frame.

Joe Barlow looks like he’s settled in as the Rangers’ closer for the time being. He saved two games for the win challenged Rangers last week. Barlow, whose fastball regularly reaches the mid 90 mph, mark set a franchise record by striking out eight consecutive batters. As this article is being written Barlow is rostered in just 25% of Yahoo! fantasy baseball leagues.

A couple of Giants pitchers sit atop the leaderboard for holds for last week. Tony Watson held three games last week and hasn’t given up a run in the 8 games since he was traded to the Giants from the Angels. Opposing hitters are batting just .077 against him since the trade.

Jay Jackson, who spent some time pitching in Japan and hadn’t pitched in the major leagues since 2019, held two games for the Giants last week. Jackson has struck out 10 batters and pitched to a 1.42 ERA in his last six appearances spanning 6.1 IP.

The following three pitchers each posted a solid ERA and struck out at least six batters each over the past week. We’ve listed each pitcher’s overall season stats, as well as their stats for the past week.

The Rays added a bit of potential bullpen depth when they signed David Robertson on Monday. Robertson, who has 137 career saves, last pitched in the majors for the Phillies in 2019. He recently pitched three innings for the silver medal winning U.S. Olympic team. Robertson will report to the Rays’ Triple-A Durham team before being potentially promoted to the big leagues. Robertson probably won’t make much of a fantasy impact this season, but the Rays sometimes seem to be able to be able to squeeze water from a stone, and they have 13 relief pitchers on the IL, so you never know.

Zack Littell is a Giants reliever to keep an eye on. While Jake McGee and Tyler Rogers have a lock on the top Giants’ closer depth chart and Dominic Leone continues to pitch in late inning high leverage situations, Littell has pitched well since being recalled from the minor leagues earlier this month. In his first five appearances since his recent promotion Littell has picked up a win, saved two games and hasn’t given up a hit or a run in 6.2 IP across five games. Overall, right-handed hitters are batting just .161 against him.