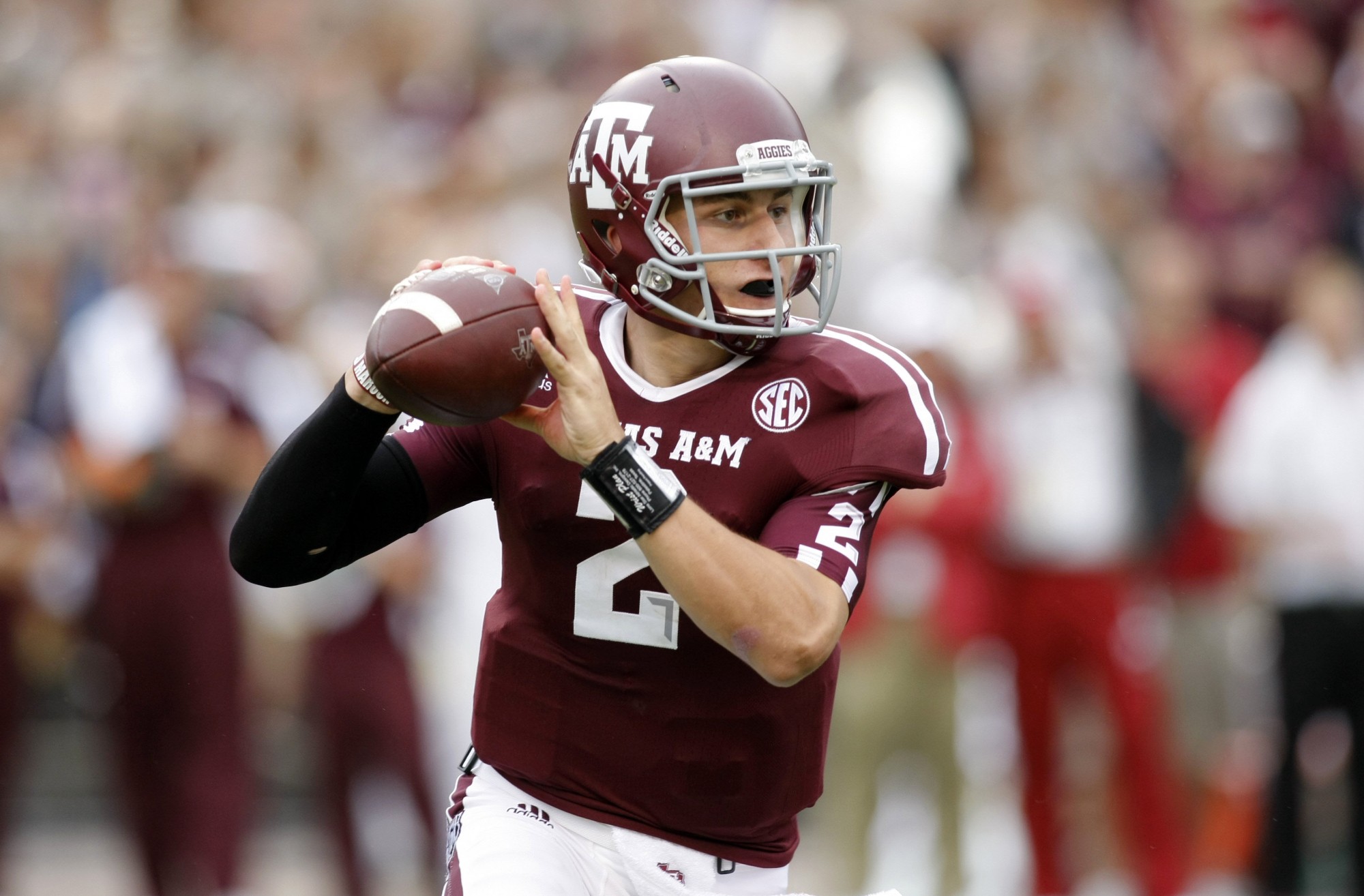 So we waited an extra three weeks for this? The first round of the NFL Draft is in the books and the one word I would use to sum it all up is: boring. Sure there was the fabricated Johnny Manziel drama but if you take that out of the equation you have 32 selections that were very boring. But boring is a good thing because that means that teams were filling needs and drafting players who were appropriately talented for the slots they were taken. Of course there were a couple picks that I wholeheartedly disagreed with and a few that caught me off guard. So, let’s dive in and analyze the first round of the 2014 NFL Draft.

After listening to 21 “what if’s” the Cleveland Browns traded up to the 22nd pick and selected Texas A&M QB Johnny Manziel. The coverage of Manziel’s slide down the first round made me nauseous. Manziel was a terrific college QB but his shtick will not translate to the NFL. Manziel was at his best when he was outside the pocket and making plays with his legs. He is not big enough or strong enough to endure the definite punishment he will receive if he plays this way in the NFL. Manziel will have to develop into a better pocket passer if he is to survive at the next level. The problem with that is that he doesn’t have the size (5’11), pocket presence or mechanics to be an elite pocket passer.

So the argument for Manziel is that Russell Wilson was able to win a Super Bowl despite being an undersized QB. My counterpoint to that is that if you built a run heavy west coast offense around Johnny Manziel and only asked him to throw the ball 18-24 times per game he would self-destruct.  Manziel is no Russell Wilson and that should be viewed as a good thing. But even though he has a better arm and a bathtub full of moxie, he’s not going to be an All-Pro at the NFL level. Period.

When you’re one of the worst teams in the NFL you have to begin the rebuilding somewhere and drafting a local QB who just so happens to be the best QB in this draft was a good start. Bortles was the only QB in this draft that has the ability to lead an organization from where Jacksonville is right now to a perennial playoff contender. That is not to say he will do that but there wasn’t another QB in this class that could save a franchise. I expect the Jaguars to add some more weapons and protection for their new franchise QB in the next few days.

Going to Buffalo obviously isn’t an ideal landing spot for a WR but Watkins is as can’t miss as it gets. He will give E.J. Manuel at legitimate every down target to move the chains which is huge for the success of this Bills offense. Watkins fantasy upside might not be that of a true #1 this year but he will make a significant impact in 2014.

The Falcons need help on the offensive line desperately and they got a real solid anchor here in Jake Matthews. He will help protect Matt Ryan and give Steven Jackson and the rest of the Falcons offense the time and room they need to make big plays.

Not only do the Rams upgrade their offensive line with OT Greg Robinson but then they grab the best DT in the draft in Aaron Donald. Donald was one of the most underrated players in this draft and will give the Rams one of the best defensive lines in football in 2014.

The Packers land a sure tackling big play stopper that fits Dom Capers defense to a “T”. He is a perfect fit to help the Packers defense from giving up the big plays that they were quite susceptible to last season.

The Bengals were able to lock in a true lock down press CB with the 24th pick in the draft, which is by far the best value in this first round.

I have no idea what the Giants were thinking here. With extreme needs along the offensive and defensive line, not to mention cornerback and safety, taking a slot WR was a big mistake. It bothers me that an NFL organization would once again use a high pick to take an undersized slot receiver after the debacle of the Rams taking Tavon Austin just last season at #8 overall. Beckham will give Eli Manning another weapon in the passing game but if Eli doesn’t have enough time to deliver the football it won’t matter.

Not a great fit for Evans. The Bucs are a run first team and a very conservative offense at that. Plus, Evans is an exact replica of Vincent Jackson who he will compete with for targets in this system.

This is also not a good fit for either the Lions or for Ebron. The TE position on the Lions isn’t one that will receive a lot of fantasy attention. Plus, Ebron has real trouble in the blocking game which will limit his snaps.

Cooks literally couldn’t have landed in a better spot here. I don’t make a habit out of drafting gimmick players so Cooks won’t be very high on my rankings this coming season. But, he does have quite a bit of upside here playing alongside Drew Brees, Marques Colston and Kenny Stills.

Manziel has a lot of weapons around him but I do not think that he will ever start more than 12 games. Brian Hoyer remains the more intriguing QB of the Browns in my opinion.

Cam Newton finally gets a big bodied WR to help him move the chains. Benjamin doesn’t have the speed to get downfield but will be an important fixture in this offense and a huge asset to Cam Newton.

I want Bridgewater to do well but I am very skeptical if he will last in the NFL. He makes so many bad throws that he could embarrass himself terribly if he doesn’t clean it up quick. Ideally the Vikings found the guy who will hand the ball off to Adrian Peterson and deliver it to Cordarrelle Patterson but Bridgewater still has a long way to go.

Have questions in your dynasty league, the answer is The Machine. Processing billions of transactions and tons of information in order to give you the best recommendations for your fantasy football league ALL YEAR ROUND. Don’t be confused.  Mans.GetTheMachine.com