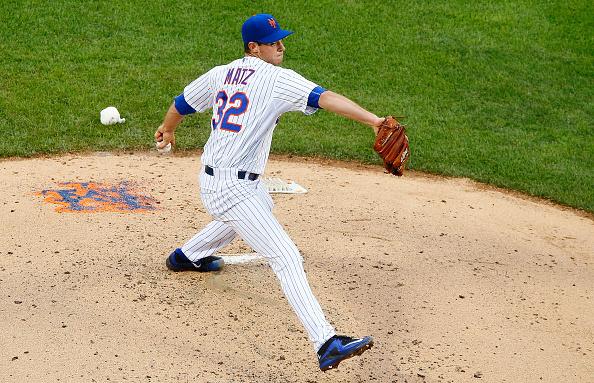 I keep saying it. It’s obviously the right call to me. Still, folks need to be remined on a daily basis.

Steven Matz had setback 837 of his professional league career over the weekend. His elbow is tender and he’s almost certain to start the year on the disabled list. “It’s worrisome that he continues to be injured off and on,” Sandy Alderson said. “That’s the difficulty. We don’t think it’s serious. On the other hand, we have to be able to, with starting pitchers, to rely on them every five days. We’re not sure exactly where this is going to take us.” Apparently his UCL is fine. I could care less. Don’t draft Matz as anything other than your last starting pitcher. Talent or not, he’s useless if he can’t stay healthy.

Remember this cautionary tale before you draft Zach Wheeler who has looked good the lack couple of times out. Don’t do it, unless the price is extremely low.

Who are the best pitchers of all-time for the fantasy game?

Rockies are planning to see how Greg Holland does on back-to-back days. Called the “Rockies Closer” in the MLB.com article, it certainly sounds like the plan is for him to handle the 9th inning as much as his arm can handle it. "He says he's up for it; he needs to do it mentally and physically," Black said. "We're going to watch it, for sure. Let's hope we get to that point, where we're winning a lot," Black said, smiling. "If we have to use more guys, that's why we've got them."

Cole Hamels Player Profile. He’s the only man in baseball the last seven years to have...

Scott Kazmir will end up on the DL to start the season. Who cares?

Lance Lynn was removed the last time out with a rib issue. Seems like it’s not a big deal as he’s making a start this Thursday. #GreatNews but keep an eye on his next outing to see if the velocity is there.

Alex Wood Player Profile. A sneaky add who could pay off if he holds down a rotation spot.

Michael Wacha Player Profile. Don’t get too hyped over his spring efforts.

Jordan Zimmerman Player Profile. Solid might be the best case scenario this season.