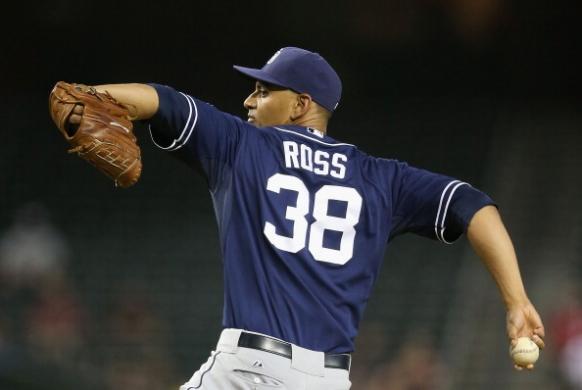 Greg Bird has been, as expected, named the Yankees starter at first base. This call will likely lead to him being over drafted in fantasy. Check out why I think that in his Player Profile.

Jay Bruce spent the offseason working on gaining a better understanding of who he is. He asked the Mets front office to give him an outlook on how he could best improve his game. They told him to hit more fly balls. Therefore, he’s gonna try to hit more fly balls to his pull side. We will see how it goes.

Joba Chamberlain has been released by the Brewers. It’s fair to wonder if the 31 year old, former flame thrower has anything left to give at this point. His last season of success was 2014 and his last season of upper end pitching was in 2011.

Who are the major league closers, and who are the players that are just waiting to take over? Check out our Closers Grid.

Jharel Cotton’s Player Profile is a must read. Not just cause it’s about Cotton whom everyone wants to know about, but because I wrote it. #Biased

David DeJesus has decided to retire. His wife is hot.

Matt Duffy (heel) is headed to the doctor who performed his September surgery to find out why he can’t seem to get over the hump. Concern is starting to grow that he won’t be able to return to game action in April.

Carlos Gomez tweaked his shoulder but he doesn’t expect to miss more than a couple of days. He’s had a solid spring and is a rebound candidate this season.

Sonny Gray (lat) is set to start throwing Wednesday. He’s going to take a measured approach to make sure he doesn’t have a setback. Sounds like a late April return is the likely.

Matt Harvey has been sandbagging it so that he can fool the opposition. Ken Davidoff actually wrote an article claiming that Harvey wasn’t giving his best this spring in order to fool the competition into thinking he’s no longer good. One of the dumber things I’ve ever read. Sorry.

Odubel Herrera was very good as a rookie and he showed a wee bit of growth in his second season. Can there be a similar bump in his production in year three? Check out my thoughts in his Player Profile.

Daniel Norris allowed two runs over five innings Wednesday. Can’t see how he doesn’t make the Tigers rotation at this point. The 23 year old lefty posted 71 punchouts and a 3.38 ERA last season over 69.1 frames, though he also allowed 75 hits leading to a bloated 1.40 WHIP.

Eduardo Rodriguez (knee) was able to throw 85 pitches Wednesday as he walked none, struck out seven and allowed one run. Good to see of course, but his never ending run of knee woes is still something to be mindful of.

Tyson Ross (thoracic outlet syndrome surgery) threw 20 pitches Wednesday in a batting practice session. All the pitches were fastballs. The Rangers are holding out hope that Ross will be able to join the rotation in early May. Given all the issues he’s dealt with that still seems pretty aggressive to me. Teammate Andrew Cashner (biceps) said that he feels like he’s good to go. Whatever. Doesn’t matter. You shouldn’t be drafting him.

Max Scherzer threw 4.2 innings Wednesday as he allowed two runs to the Cardinals. He’s back to using his two fingered fastball grip and it’s starting to seem like the concerns are being slowly eradicated.

Everyone loves Tyler Skaggs skills. Should they love the pitcher though in 2017? Here is his Player Profile.

I still maintain that Masahiro Tanaka is going to have his arm fly off at some point, a position supported by Steve Phillips whom I do a show with Tuesday’s at 7 PM EST on SiriusXM Fantasy Sports Radio. Still, Tanaka is at the top of his game right now with an 18.2 scoreless innings streak.

Andrew Toles... you heard of him? Check out his Player Profile to learn why you need to know.

Devon Travis (knee) is finally ready to return to game action with the target being Friday. He’s still an intriguing option that I’m extremely interested in.

I like Kennys Vargas and his legitimate, upper shelf power bat. See his Player Profile.