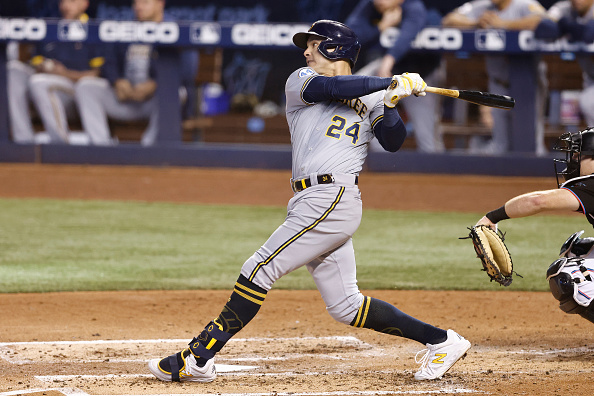 Garrett Cooper (MIA) FAAB Bid: 5-6% - I don’t know if I fully trust Cooper, but he’s been mashing the ball the last two weeks. Since May 14th, he’s slashing .432/.490/.773 with eight extra base hits (three home runs), eight runs scored, and 11 RBI. He has six multi-hit games and it looks as if he’s locked into the heart of the Marlins lineup, which isn’t saying much by any means, but there’s no denying the numbers he’s posted lately.

Avisaíl García (MIL) FAAB Bid: 5-6% - It’s hard to believe Avisaíl García is only 29 years because it feels like he’s been around a while. The batting average isn’t great at just .248, but he’s been flashing power lately and he’s good for a couple stolen bases here and there. His career high is only ten, but it’s possible he surpasses that number in 2021. In the month of May, Garcia’s slashing .304/.360/.570 with six home runs and he’s been locked into the heart of the Brew Crew’s order more recently. If Tommy Pham is somehow still available, I might prefer him over Garcia. I mentioned Pham a week ago and Greg Jewett included him in his latest Streaks & Trends piece so his ownership is on the rise and Pham’s been showing some life. 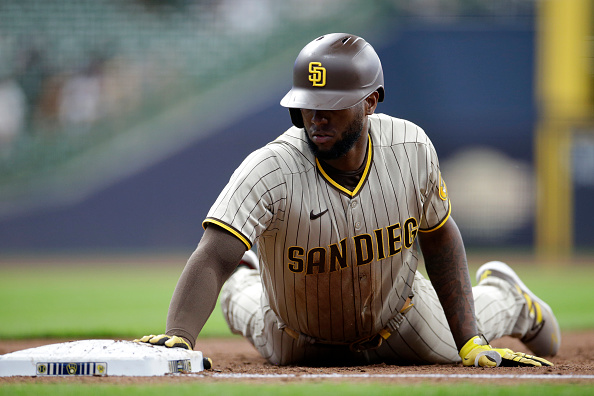 Jurickson Profar (SD) FAAB Bid: 4-5% - I’m touching on a lot of outfielders, but Profar has eligibility elsewhere too. If you need power, you don’t need Profar. If you need steals and runs, this could be your guy. Profar’s career high in stolen bases is ten from back in 2018 with Texas, but he’s already at nine in 2021 just two months into the season. Four of those swipes have come in the last two weeks so if he gets on, he’s looking to get to second base and due to that he also has 27 runs scored (ten since May 21st) so he’s a nice find on waivers in roto leagues.

Tyler O’Neill (STL) FAAB Bid: 2-3% - O’Neill’s another guy that you can look at for power/outfield help. He’s been mashing all weekend to the tune of a home run in three straight games entering Sunday’s action. He’s raised his seasonal slugging percentage to .623. Since May 11th his SLG is .971, but he did miss about ten days of action in that span so it’s not as big a sample size as it looks. But since May 11th he has a total of six home runs and four doubles. I wouldn’t say he’s a must add because he can easily cool off (which we’ve seen before) and he touts a gaudy 33.1% strikeout rate to just a 2.5% walk rate. He’s either a hero or a villain in points leagues, but lately he’s been playing the former.

Alek Manoah (TOR) FAAB Bid: 15-20% - I touched on Manoah in the last waiver wire article and still have to mention him once again because he might still be floating around in your ten-team leagues. He looked great in his big league debut, there’s no argument about that. Against a depleted Yankees lineup he struck out seven in six innings of work, yielding just two walks and two hits. As teams get more video on him and the sample size expands they’ll be able to formulate a game plan against him. But he looked like a future ace in his debut and he’s probably not a top 60 pitcher right now, but if he puts together a few more solid outings, then he could certainly crack the top 50 come season’s end if he pans out.

Framber Valdez (HOU) FAAB Bid: 6-7% - He only worked four innings in his debut, but what were you expecting from a player returning from a fractured finger? He tossed 72 pitches against the Padres and only generated four swinging strikes. He gave up a solo home run, but against the Padres it could’ve been a lot worse. His next two starts are scheduled to come against Boston so Houston really threw him in the deep end to start his year. We really need to maintain patience with him given the matchups and that he’s coming back from injury.

Cody Poteet (MIA) FAAB Bid: 2% - Poteet finally got tagged in his last start, but it was against the Red Sox and they’re one of the better offenses in baseball. Fortunately for Poteet, he has a return to “lesser” competition in the coming weeks. He gets a road tilt against the Pittsburgh Pirates in the coming scoring period followed by a home matchup against the Colorado Rockies. I’m perfectly fine targeting him as a streamer for those matchups. He doesn’t generate a ton of strikeouts so you should stream him with the expectation that he maybe goes out, limits damage, and gets a quality start or a win.

I don’t want to sound like a broken record because I’ve mentioned some of these guys ad nausea, but Rich Hill , James Kaprielian, Luis García, and Merrill Kelly are guys I’ve mentioned at least once in the past week that I’m still looking to target. I won’t write them up in depth because I did want to feature some news names without regurgitating previous players, but Hill’s coming off a career start and is in a very strong stretch so he’s my preferred target of these four but they’re each worth rostering for the coming week. Even Garcia despite the questionable matchups against Boston and Toronto. 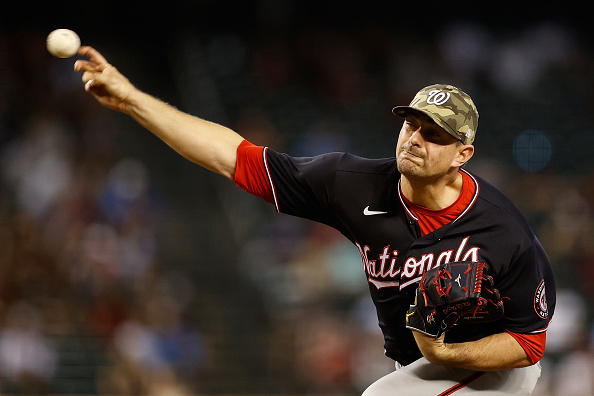 Daniel Hudson (WSH) FAAB Bid: 3% - Hudson’s a great arm to grab off waivers if you play in a saves + holds league. Saturday’s appearance was ugly. He allowed three earned runs and two walks in just 1.1 innings of work on Saturday. Chalk it up as just a bad start. He has eight holds since May 8th, and he has a strikeout in all but one appearance on the season. His 11.64 K/9 still holds up and Brad Hand went through a pretty tough stretch but looks to have gotten his act together. If he finds a way back into trouble, Hudson is clearly next man up in the Nats’ bullpen.

Lucas Sims (CIN) FAAB Bid: 2% - I don’t feel great about Sims objectively speaking. The Reds bullpen has been a mess and Sims gives up a ton of walks. The argument could be made that six of his 11 walks came in two different appearances, but I’ll just return to my previous point that the Reds won’t be presented with an abundance of save scenarios. With that said, Sims did get two saves last week. If you are up for taking a shot on someone he’s worth a look if you’re fishing for saves. I don’t necessarily think he’s a must add for what it’s worth.

Tejay Antone (CIN) FAAB Bid: 2% - We don’t have the greatest relief pitching options this week so I’ll mention a guy from previous articles. Sims’ teammate, Tejay Antone, is worth a look but for different reasons. Antone is a better grab if you need help with strikeout totals/ratios. He’s good for the occasional save/hold but the Reds like giving Antone longer work when they bring him in. I’ve had him written up at least twice before and I’m just impatiently waiting for his opportunity to jump from the bullpen into the rotation to get some starts. It hasn’t happened yet, but I’m not letting my blind optimism ruin my mood.