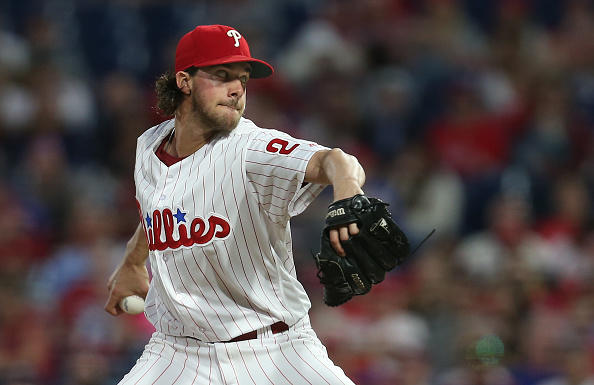 Fantasy owners were burned a bit in 2019 after the bar was set incredibly high by Philadelphia right-hander Aaron Nola . In 2018, he twirled a 17-6 record with a 2.37 ERA and a 27 percent strikeout rate. Visions of a fantasy ace danced in the minds of many fantasy owners, but instead, they were graced with a 12-7 record with a 3.87 ERA and a subpar 9.4 percent walk rate in 2019. There were some things from his 2019 season that are less than ideal and breed some concern moving forward, however, when you look at his season at a more granular level, he was performing like an ace more often than not.

Take a look at his monthly breakdown in just a few notable categories, courtesy of FanGraphs.

His numbers for the year were skewed by some blowups at the beginning and end of the season. Honestly, the bookends of the season were what did him in last year. From May 1st to August 31st, he posted a 2.96 ERA with a 27.7 percent strikeout rate (10.2 K/9) and a...