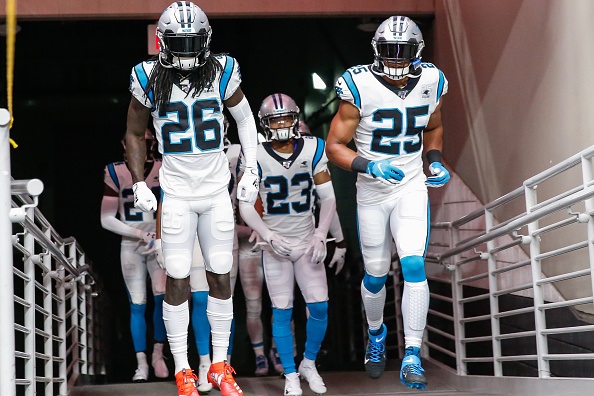 The first week with four teams on byes, which will lead to some waiver wire and free agent market scrambling to keep a solid IDP squad in place. Fortunately, there are plenty of options to choose from, especially among the linebackers listed below.

An injury to Melvin Ingram III has opened up an every down role for the second year player. He played 93% of the defensive snaps in Week 5, racking up seven total tackles (TT), five of those solos and one for a loss of yardage (TFL). Add in a sack, a QB hit/hurry (QH) and forced fumble and he managed to put up value in every kind of IDP league. He is the top free agent grab here this week.

So long as Bryce Hager is on the sidelines (he is listed as questionable for Week 6), UDFA Reeder becomes an IDP option. He put up double digit tackles in Week 5 against the Seahawks (eight solo).

The veteran LB is coming off a 13 TT (six solo) effort against the visiting Cardinals. This week’s opponent, the Ravens, are a good matchup for opposing LBs, and the struggling offense in Cincy lends itself to extra playing time (PT) for Bengal defensive players.

Bynes became a starter after joining the Raven defense, and collected five TT (three solo) in the game against the host Steelers. He also picked off a pass (INT) and also defended a pass (PD), making him valuable in big play leagues.

Williams returned after missing time with a balky hamstring, and immediately made an impact with nine TT (four solo, one TFL). He added big plays with a sack, a QH and PD. Be aware that Pittsburgh will be on bye in Week 7 if you add him for this week’s action.

leagues (a sack and a QH) leagues with his performance last week at home against the Bills. His matchup in Week 6 is superb, with the Broncos giving up the third most points on the season to opposing linebackers, so pick him up if you have an open slot at LB due to injury or bye week issues.

Wilson is seeing action as a three-down LB, and collected 12 TT in Week 5 against the visiting Colts, seven of those of the solo variety. The Texans are a so-so matchup for opposing linebackers in Week 6, but Week 7 sees the Broncos with their LB-friendly status on deck.

In Johnson’s first start in the NFL, he collected nine TT with an INT and a pair of PD on the road against the Chargers. He is readily available on the wire in all league platforms. As a replacement for Josey Jewell , who is listed as questionable for the Week 6 contest at home against Tennessee, look for him to see plenty of PT again.

Mayo is benefitting from the banged up linebacker corps on the Giant roster, being a nearly every-down LB. Playing in a short week Thursday night matchup against the Patriots, look for him to see plenty of action again on the defensive side of the ball. He is coming off a nine TT effort in Week 5 and should see similar results in this upcoming contest.

The pass-rush aspect of the young DL’s game is starting to become evident, as he collected two sacks in Week 5’s game against the visiting Bucs, to go along with two solo tackles (one TFL), three QH and a forced fumble (FF).

The first-round pick is gearing up nicely, with five TT (three solo, one TFL) against the Vikings. He also collected a QH, a sack and a FF to fill out the stat line. Grab him now as the Giants play on Thursday against the Patriots in Week 6.

Granted it took place against the lackluster Jets, but Graham showed off his pass rusk skills with a trio of sacks in Week 5. He also had six TT (four solo, two TFL). The five (!) QH are unlikely to be repeated soon, though. This week’s opponent, the Vikings, are ranked highly in terms of allowing points to opposing DEs, by the bye.

The Dolphins, the Week 6 opponent for the four-year veteran lineman, are a tasty matchup. He is averaging nearly five TT per contest, which is what he collected last week when facing the Patriots. He is not exciting, but could provide a strong bye-week fill-in presence.

Reed arrives fresh off suspension next week, and it should be recalled that he was a valuable DL, let alone a DT, with 10.5 sacks and 50 TT in 2018. Be ready to add him for Week 7, especially in DT-required leagues.

Allen has a nice matchup in store this week, with a trip to Miami in store. He is coming off a fine performance by a DT, with four solo tackles and a sack against the Patriots. In DT-required leagues, he is a potential shining star for Week 6.

Phillips was working with trinities in Week 5, collecting three sacks, three solo tackles (three TFL) and a trio of QH as well. Unfortunately, the Bills are on bye this week, but do have a good matchup for opposing DTs with Miami on the slate for Week 7. No need normally to stockpile DTs on your IDP bench, but in mandatory-DT leagues, this is a nugget to store for future action.

Reid is still available in most leagues, and is putting up superb numbers, with 10 TT in Week 5 (five solo). He also contributed some big plays with a couple of PDs and a fumble recovery (FR).

Nicholson is shaping up as a fine counterpoint to his teammate Landon Collins in the Washington defensive backfield. He is coming off a seven TT effort (five solo) effort against the visiting Patriots, with an INT and PD tosses in for good measure. This week’s matchup is just average, but certainly not terrible.

Simmons had a PD and an INT against the Chargers in Week 5, to go with four TT. His tackle production is inconsistent, and the Week 6 matchup is just average with the Broncos hosting the Titans, but the next two weeks after that feature good teams as far as allowing points to opposing safeties.

The rookie is being targeted heavily by offensive coordinators and is therefore putting up good to great fantasy results. He had nine TT (eight solo) in Week 5 against the Bengals, and also added in a PD. Rookie CBs that see significant snaps are good IDP to add to your roster until they hit the bench, as a rule of thumb.

King rebounded from a groin injury to pick up six solo tackles in limited (51% of snaps) PT. He also had an important late game INT, a FF and two PDs to fill out his stat sheet. He is not on the injury report this week, please note.

Oliver has a superior matchup in line with the Falcons heading to Arizona to take on the Cardinals. He should be in line for significant tackle production in the desert, and his Week 7 and 8 matchups promise good results as well, if you are looking for a replacement CB due to injury or bye week issues.

Floyd had a single solo tackle in Week 5, and that follows a trend where he has collected just five TT in his last four contests. After the pair of sacks in Week 1, he has been a major disappointment as a LB.

Dont’a Hightower’s return to action caused a dip in his PT, and he collected zero tackles in Week 5, although he did not go entirely empty, picking up a QH and PD. If he is being rotated out of primary PT, however, his value will take a significant hit.

Perryman was benched in favor of rookie Drue Tranquill, as a result of a couple of misplays early on in Week 5. He ended up with just four TT (three solos), which is not adequate for use as a starter in nearly all IDP-leagues.

Despite significant PT, he is providing minimal production for his owners. Coming off a week with just one solo tackle, he is not worth the space he is taking up on rosters.

Joseph has contributed a mere five TT over the past three weeks, with just one assist in Week 5. Feel free to drop him, even in DT-mandatory leagues.

None to speak of save from those listed in the Injury Report below.

Remember, the first team listed is the one to use your IDPs against. Do not go crazy, and play a LB5 against the Panthers, but certainly you will do well if you own a top DL on the Broncos, or on the other side of the field, a top Titan LB to use against the Broncos that you can plug in this week, for the most part.