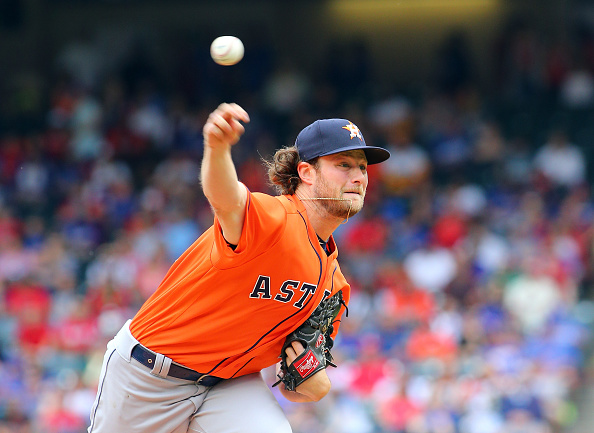 Not necessarily a banner week in terms of must start options that are slated for a couple of games, but fortunately, there are a whole bunch of SPs that make the middle tier. Plenty of starters to avoid, as well, for the fourth week of the fantasy season.

Please realize that these articles feature the most recent rotation information available when the article is written, but that circumstances do change due to weather conditions, injuries and general craziness with managers. If a pitcher listed here as having two starts ends up with one (or perhaps none) in the upcoming week, apologies but this article is meant to provide analysis, it is up to the manager to set the lineups or rotations.

These seven starting pitchers are the cream of the crop this scoring period. Not so sure that Porcello can keep up his current production, but he looks similar to the pitcher he became during his Cy Young winning campaign in 2016. Maeda just squeaks into the upper tier, based on a pair of favorable matchups that go along with his recent success on the bump, putting up an excellent 24:5 K/BB ratio over his 14.1 innings pitched in 2018.

Stratton tops the second tier and has a pair of home starts coming up in Week 4. He has demonstrated good control in his starts, although he is a below average strikeout option. He is also coming off a couple of quality starts (QS) in his last two outings, so he is worth consideration as a waiver wire pickup early this season.

Bettis opens the week at home in Coors Field, but also gets to face the Padres. His second start is against the Marlins, making for an excellent pair of matchups this scoring period. He is striking out just over eight hitters per nine innings, and aside from a five-walk outing against Houston, has shown good control.

After his first abbreviated start against the Braves where he lasted a mere 2.2 innings, there has been little to complain about with Velasquez’s efforts on the hill.  He is posting a superb 10.13 K/9 rate, coupled with excellent control (2.11 BB/9 over four starts), and his ERA and WHIP are inflated from that awful first outing in Atlanta. He does have to pitch both his Week 4 starts in Philly, which bumps him down a tad in this tier.

Kennedy had been lights out through his first three trips to the rubber this season, before getting lit up by the Blue Jays in Toronto during his last start to the tune of six runs (four earned) with two homers over just five innings. He has two home starts this coming week, the second against division rival Chicago, so there is hope he will regain his earlier dominance, but we have been fooled by him before. Still, a home contest against the White Sox is a recommended start, although the first game against the visiting Brewers is not as inviting.

Gausman has been racking up a fair amount of Ks, and showing good control, although it is difficult to truly trust a Baltimore starting pitcher, especially if your league rewards victories. The 27-year old righty has twirled a pair of QS in his last two trips to the mound, so he has that going for him, and has been able to whittle down his inflated ratio stats with those efforts. He certainly has potential to be a useful starter, and neither matchup is terrible, with Cleveland struggling to open the season and Detroit rebuilding this season. 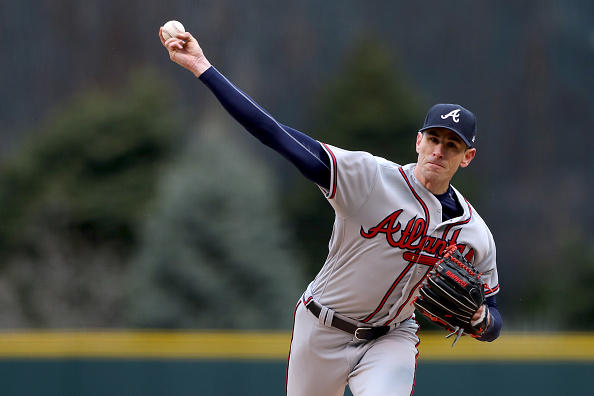 McCarthy gave his owners a scare with the shoulder dislocation, but he bounced back with a nice Week 3 start against the visiting Phillies, holding Philadelphia to just one earned run over 5.1 innings. The team was likely erring on the cautious side in limiting his pitch count. Heading to a couple of hitter-oriented parks is not optimal in Week 4, and Philly has been on a roll of late, but the first start against the Reds is not scary.

Matz is on the road for his two starts and given the five dingers he has yielded at home to open the season, that in itself is a good reason to consider using him this week. He is an elite strikeout option with a tremendous 11.29 K/9 rate over his 18.1 innings this season, which when coupled with his groundball-inducing skills, makes him a good option on a surprisingly good team through the beginning of April. Certainly, his second start in San Diego to wind up the scoring period is tempting.

Sabathia’s limited pitch count should increase as he demonstrates he is healthy, but he is certainly not a pitcher to target if you crave strikeout production, with a meager 5.4 K/9 on the season. He is demonstrating excellent control, however, walking just over two batters per nine innings (2.03 BB/9), although that should normalize as he pitches deeper into games. He has a couple of decent matchups, even with facing the Angels on the road in his second start, as he has been a better road pitcher over the past couple of seasons, as opposed to his home efforts.

Kuhl has had success at PNC Park, and struggled on the road in 2018, so a pair of home starts bodes well for his Week 4 success. He generates a good share of groundballs, limiting the damage from the long ball, although he is a less-than-stellar K option with a mediocre 7.06 K/9 rate over his four starts this season.

It is really hard to argue with a pitcher sporting a miniscule 0.86 ERA and 0.81 WHIP, as Jarlin Garcia currently does, except to figure that negative regression waits in the wings. He heads to Dodger Stadium, then returns home for his second start, so the venues are favorable in Week 4. He has been on an incredible run so far, but the poor strikeout (5.57 K/9 over 21 innings) and walk rates (4.71 BB/9) both portend a regression to coming soon. Still, if you feel lucky, go ahead and ride the hot hand.

Boyd is an attractive left-handed arm who has been showing off excellent control this season, with a minute 1.86 BB/9 rate over his three starts comprising 19.1 innings. He has to head out on the road for both his Week 4 starts, although the first is at a pitcher-friendly park in Pittsburgh. The second start in Baltimore is not where you want to trust him, though, so he is more of a one-start option this coming week.

Davies is also on the road for his pair of Week 4 appearances, and it is his first start that is most appealing for fantasy owners. He is a good source of Ks with an 8.06 K/9 rate this season, although the tendency to let the ball leave the yard is concerning (1.6 HR/9 over 22.1 innings in his four starts this year). With a long-ball tendency, you might not want to use him when he heads to the rubber in Chicago on Sunday.

Blach has two QS in his five starts on the season, and aside from a six run drubbing by Seattle, has pitched well in his appearances for the Giants. Of course, pitching for San Francisco limits his win potential, and he is a terrible strikeout option (4.44 K/9!) who struggles with his control (4.10 BB/9 over 26.1 innings). He also has a couple of tough matchups, facing the Nationals and Dodgers in Week 4, but on the plus side, he is at home in AT&T Park for both those starts. He has been a surprisingly good pitcher due to his extreme groundball rate (3.27 GB/FB ratio) to this point, although he is a risky option this week due to the opponents.

Faria was an attractive if surprising SP in 2017, posting a nice 3.43 ERA and 1.18 WHIP in 16 appearances for Tampa Bay (14 starts), and has held opponents to just a single earned run in three of his four starts this season. The exception was an ugly eight earned run effort over just 1.2 innings against the Red Sox in his second start, but then again, it was against the Red Sox in Boston. He has been generating interest as a waiver wire pickup, and he did post a 13:3 K/BB ratio in his last two starts. Heading to Baltimore and then Boston for Week 4’s two starts should temper the enthusiasm for the 24-year old righty this scoring period, however.

Happ gets a pair of home starts, which in the case of a Toronto pitcher, is not as enviable as it would be if he had a different home park. Happ has limited the damage at home the past two seasons but has yielded four dingers at home so far this year in three starts. A start against the visiting Rangers looks most favorable for his Week 4 starts.

Odorizzi wraps up the middle tier this week, and he has been inconsistent this season, either holding opponents to a single run or shutting them out in his two QS, or getting roughed up and leaving by the fifth inning. He has potential when the Reds visit Target Field for this second start of Week 4, but he is not a great option when he takes on the Yankees on the road early in the scoring period. He does offer good K potential, if that helps your fantasy efforts.

There are a ton of pitchers that should be avoided this week, as tier three is populated with seventeen SPs that have a pair of starts but would likely just inflate your counting and ratio stats if you were to employ their services. Do yourself a favor and avoid looking to use any of these SPs in Week 4. Of course, you may have drafted one or more of these arms, and in the case of certain pitchers (Tanaka, Triggs, or Chatwood, for example), prudence would dictate sitting them on your bench as opposed to just cutting them loose this early in the season.