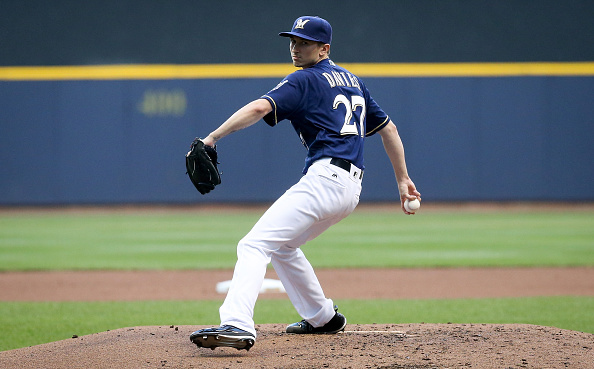 Conventional wisdom tells the fantasy baseball owner that waiting to draft your pitching staff is the preferred strategy to be employed. Pitchers suffer injuries more frequently than do position players, and thus lose more playing time and put up stat lines that do not match up with the expectations that existed on draft day (not that hitters cannot disappoint, too). Plus, most leagues require an owner to have more hitters than pitchers in the starting lineup, placing a premium on obtaining the offensive stats that will win your roto categories on a daily or weekly basis. Going for pitching early will handicap your ability to put a strong set of numbers on the hitter side of the ledger. Although it is tempting to grab a Clayton Kershaw, Madison Bumgarner or Max Scherzer in the first or second round, such an approach will lead to having to scramble to pad your hitting numbers through the next several rounds of the draft. (Confession: I have been taking Kershaw/Scherzer/Bumgarner frequently in the first round of many mock drafts this year, and have not been dissatisfied with the results. But I feel much better about waiting until the third round or later to grab my ace.) 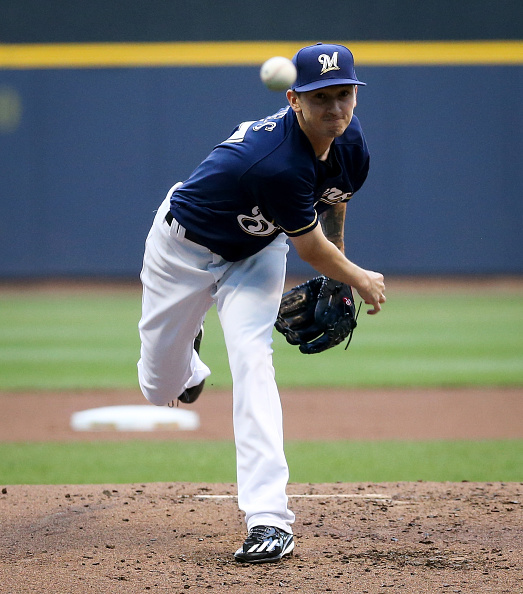 Of course, not having a strong pitching staff in a points league will also put you at a disadvantage, as an ace starting pitcher (or pair or trio of aces) can certainly help you win your league, assuming health throughout the season and an ability to give you 200 or more innings for the season and a boatload of strikeouts. Also, if your opponents in your league have a tendency to draft pitching early and often, no matter the format, then you have to decide if you can grab enough stud hitters to overcome that strategy, as you need to adjust to your league's propensities to compete, or bow to the group pressure and follow suit.

In roto leagues, though, it is preferable to grab a player that can contribute stats in all the categories your league employs, and as most leagues use saves (and potentially holds), a starting pitcher only provides a partial set of statistics. A five-category hitter becomes more valuable than a four-category starting pitcher just by the nature of how fantasy baseball operates. Thus, it becomes important to be able to identify those starters that you can get late in the draft that are able to provide value, at a relatively inexpensive price.

To that end, I will be discussing starting pitchers that are being drafted in the 15th round or later based on their current ADPs. Note that I am assuming a 12 team league when determining which players are going after the 14th round, and thus if you play in a smaller or larger sized league, you will need to adjust the round accordingly. The ADP pf 169 is a baseline, however, denoting where in any draft the player is being taken.

As indicated above, you can snag the 24-year old righty in the late part of your drafts, although depending upon the depth of your rosters and size of your league, he may end up on the waiver wire come early April.

He is slotted in as the No. 3 starter in the Milwaukee rotation, so he should see a slight uptick in innings pitched in 2017. I am guessing something near 190 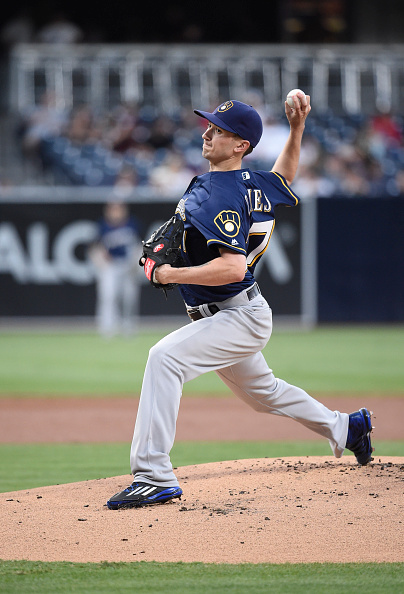 innings this upcoming season for the skinny right-hander, a reasonable increase from last season and nothing to cause concern. He has good off-speed stuff, to offset his less than stellar fastball. His command and control are excellent, as he posted great 3.55 K/BB and 2.09 BB/9 ratios over his 28 stars in 2016. He induces a ton of groundballs, putting up a very good 1.67 GB/FB rate last season. He also had a slightly elevated BABIP of .310 in 2016, and that should adjust in his favor this season.

He is not the guy you are drafting to dramatically improve your strikeout totals, as he posted an average 7.44 K/9 over his 163 and 1/3 innings last season. That can be traced to his 89.3 MPH fastball, forcing him to rely on his off-speed stuff to fool batters. He also is not helped by pitching half of his starts in Miller Park, yielding an average 1.1 HR/9 last year. If his strand rate (71.1% in 2016) and BABIP do not trend in his favor, he will not improve as a starting option, but that is not my expectation for him.

He should throw an additional 25-30 innings in 2017, and that will provide a slight improvement in the K numbers for his owners, but not all that dramatic an increase. He should also see his ERA and WHIP values improve, as I am expecting something closer to 3.50 and 1.20 this coming season. The control and command should still be evident and that will make him an effective starting pitcher. The fact you can grab him late in your drafts makes him an excellent SP6/7 to round out your staff in roto leagues, although the lack of big K numbers makes him less valuable in points leagues, especially since he will probably just push past double digits in victories. If he is hanging around in the latter portion of your upcoming drafts, pick him up, just do not expect huge counting stats. Dependable if not exciting, he can provide nice depth for a fantasy pitching rotation.