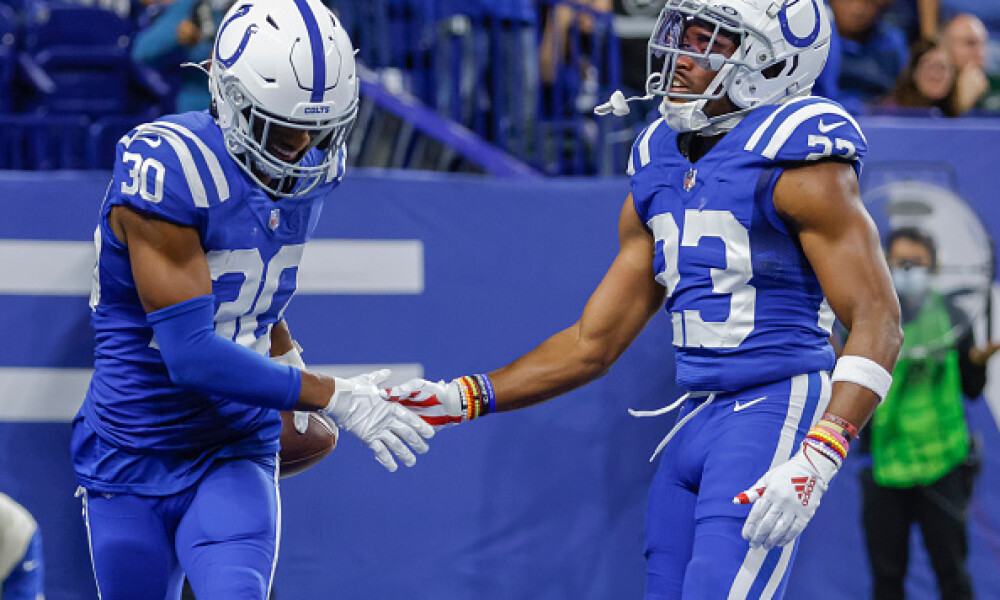 There is a small but attractive group of little-owned IDP to consider adding to your roster(s) this week. After all, it is not as though defensive players are immune to the injury bug, or poor performance on the field leading to declining playing time (PT). Let’s take a gander at those waiting to be swept up for Week 12’s contests, shall we?

Bowser has some added oomph in ESPN leagues, where you can get a LB to fill a DL slot in your lineup. He put up a pair of sacks in Week 11 against the Bears, his second such effort this season. He is playing significant snaps at the outside LB position, and collected five total tackles (TT) this past week, four of those solos and one for a loss of yards (TFL). Add in a pair of QB hits/hurries (QH) and he provides valuable stats in both tackle oriented and big play leagues.

With the defensive scheme decision to utilize Micah Parsons as an edge rusher, Neal has settled in to the middle of the defense nicely. He comes from a game where he snagged seven TT (five solo) and that number should be equaled or exceeded if the Cowboys continue to trot him out on the field for every defensive snap against the Raiders on Thanksgiving afternoon.

The second-year player has stepped up to a full time starting role on the left side of the Washington defensive line with injuries sidelining Montez Sweat and Chase Young lately. He had a six TT effort (only one solo, one TFL) against the host Panthers, while also collecting a half sack, giving him 1.5 over the last three games his team has played. Week 12 is a good matchup against the visiting Seahawks, before a couple of tougher contests against the Raiders and Cowboys.

Chicago will be without their star pass rusher Khalil Mack for the balance of 2021, and Gipson stepped up his game. He collected a sack to go with his five TT (four solo, two TFL) against the visiting Ravens. The next opponent, Detroit, is not the best matchup opponent, but things pick up in Weeks 13 and 14 against the Cardinals and Packers.

The Viking DL is our sole DT entry this week, and is coming off a fine four TT effort (two solo) where he also contributed to his stat line with a sack, a QH and a forced fumble (FF). There are no easy matchups on his slate, but as a starting linesman, he figures to continue to amass defensive stats for his owners, especially for those who play in DT-mandatory leagues.

He has collected five solo tackles in each of the last four contests, even those where he is not seeing full time duty on the field defensively. He added in an INT and a pass deflection/defense (PD) in Week 11’s game at Buffalo, to round out his six TT effort. He has a pair of decent if not great matchups on the slate before the Colts’ Week 14 bye.

Since his PT saw a substantial uptick in Week 7, he has not put up less than six TT in a contest, while also contributing on the big play front with three PD and a pair of fumble recoveries (FR). Tashaun Gipson did practice in full leading up to the Thursday game against the host Lions, so keep your hopes in check if is PT falls back to pre-Week 7 levels.

The Detroit cornerback situation has not been great this season, with injuries, but Oruwariye has actually filled in nicely. He provides steady tackle numbers for the most part, and offers the occasional INT and more than occasional PD on a weekly basis. Two of the next three games he has on the schedule promise decent fantasy production, including the early Thanksgiving game against the visiting Bears.

Offenses have been targeting Jones when he is inserted into the Seahawk secondary, and now that rookie Tre Brown is out with an injury, he should be the recipient of significant PT going forward. He collected an impressive double digit set of TT last week (eight solo, one TFL) with a PD added for the additional bonus.

He was likely drafted as a top LB in your IDP leagues, but he is not playing that way this season. He is not missing time due to injury, although his ankle is not at 100% which could be hampering his effectiveness this year. It is difficult to cut a former top notch IDP, but five TT (two solo) is not why you paid the high price for him.

Wonnum has seen his PT increase with the recent injury to Danielle Hunter, but it is not showing up on the fantasy stat sheet. He collected just a single solo tackle last week against division foe Green Bay, which was one more tackle than he had the prior week. That is just not worthy of a roster spot as the season heads to the playoff weeks.

None to write about this week, only those in the Injury Report below to concern yourself with.

Remember, the first team listed is the one to use your IDPs against. Do not go crazy, and play a LB5 against the Bengals, but certainly you will do well if you own a top DL on the Patriots, or LB on the Bears that you can plug in this week, for the most part.