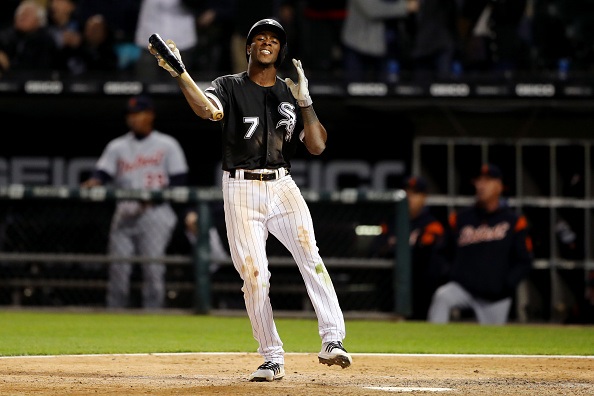 We are still early into the season and while we don’t want to overreact to a month of action, it is still important to take notice of who is doing well (or not) and why. We can use these samples in determining what adds/drops or trades that we should target. Player’s fantasy values never stop changing and making the right moves in-season is crucial to winning a championship.

Tim Anderson – Anderson has been one of the most talked about players over the past couple weeks, but mostly because of his bat tossing (or more so throwing) antics and less about his play. However, his play is what deserves to be talked about as Anderson has been phenomenal thus far. Anderson is currently the number three ranked player in fantasy with his .375 batting average, six home runs, 10 steals, 18 RBI, and 21 runs scored. His .435 BABIP is nowhere near sustainable, but he is striking out less than ever (21.2-percent strikeout rate) and putting the ball in ball more often leads to more hits (obviously). His soft contact rate is at 16.0-percent – a career best – and his 22.7-percent line drive rate is also a career high mark. So what does it all mean? Well, while he is not going to stay this hot, it does seem like he is breaking out and should have the best year of his career. He is only 25-years old and has all the tools to be an elite player. He is not a bad player to sell-high on, but make sure you are getting a great return. 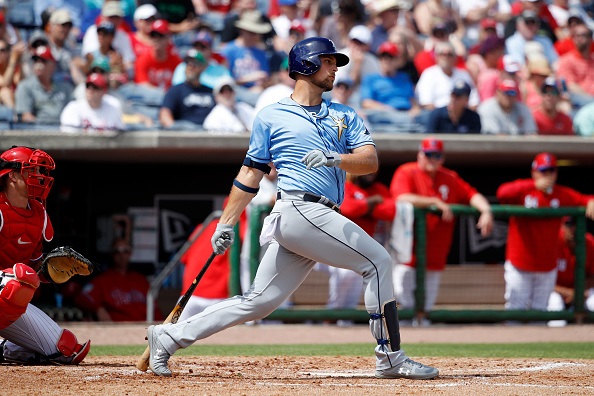 Nate Lowe – Lowe got the call yesterday and that in itself is enough to have him as a stock riser, as the big swinging lefty put up gaudy numbers in the minors in 2018 – .330 average, 27 home runs, and 102 RBI – as well as thus far in 2019 with three home runs, 14 RBI, and a .300 batting average through 21 games at AAA. In his MLB debut yesterday, Lowe scorched a double that one hopped the wall. Lowe should see every day at bats for the Rays at either first base or DH and can hit lefties well enough that it should not force him into a platoon. If available in your league, go out and change that, because this is a guy that should be owned in all formats until he proves otherwise.

Mike Minor – Minor was lights out for the fourth time in his last five starts his last time out, striking out 13 over seven innings of one run ball. His stock is up, and for good reason, as he currently has a 2.88 ERA, 0.91 WHIP, .179 BAA, and a much improved strikeout rate. His strong .204 BABIP against and 81.3-percent LOB (left on base rate) both mean regression is coming, but that doesn’t mean he can’t be a serviceable pitcher this year for the longevity of the season. His strikeout percentage is up 4.4-percent and his ground ball percentage is up 7.3-percent, both of which are great signs. He is also giving up hard contact at a rate of 33.0-percent, which is a 4.9-percent improvement from last year. His pitching mix is far different from last year and could explain the early success; he is using his fastball and slider about five-percent less this year, while throwing his curveball and changeup about five-percent more often. Keeping in mind that he likely has negative regression coming, Minor is not a bad player to sell-high on, even if he is an improved pitcher.

Kolten Wong – Wong had the fantasy world going crazy at the beginning of the season as he had four home runs, four steals, and a .311 batting average through 14 games played, but the wheels have come off since. Over his last 14 games, Wong has zero home runs, zero steals, and his average has dropped from that .311 mark to his current .261 mark. Wong is who he is, and that is a solid player, but not much more. His BABIP is actually .012 below his career average and his hard contact rate (42.5-percent) and walk percentage (14.7-percent) are both career highs, so it would actually appear that he is due for positive regression to the mean. That being said, outside of NL-only and very deep mixed leagues, Wong can be dropped or left on the wire.

A.J. Pollock – Pollock is expected to placed on the IL with an infection in his right elbow. Pollock has a long list of ailments that have placed him on the IL throughout his career. To make matters worse for fantasy owners, Pollock wasn’t producing prior to this infection, and for a player as risky as he is with injuries, you at least have to hope for production when healthy. He is hitting just .223 with two home runs and zero steals through 103 at bats (28 games). Coupling the slow start with a trip to the IL and you have a player whose fantasy stock is crumbling. The good news for both Pollock and his owners is that this particular injury is not expected to keep him out long. You hate to see any player go through stuff like this and I wish him a full recovery, but from a fantasy standpoint this is rough. If you own Pollock, there isn’t much you can do outside of hold on to him and hope he turns it around when he returns to the Dodgers lineup.

Walker Buehler – Buehler hasn’t been good, there is no way around it. His .261 BABIP against (.258 is his career BABIP against) doesn’t scream that he’s been unlucky and his 6.75 K/9, 11.3-percent soft contact rate against, and 43.7-percent hard contact rate against are all abysmal numbers. His 4.89 SIERA and 4.93 xFIP do not really indicate that his 5.25 ERA has been unlucky either. His 27.4-percent CSW rate (called strike + swinging strike rate – a metric designed by Alex Fast) is below league average. This is a pitcher who posted elite numbers as a rookie last season and was a high pick in this year’s drafts, and he is failing to meet league average in an area that pitchers with elite stuff should never be below average in. A slight sophomore slump was too be expected, but this abysmal start to his season is quite puzzling. I would be willing to buy-low on Buehler, but I don’t think buying at a discount would be enough for me to pull the trigger. 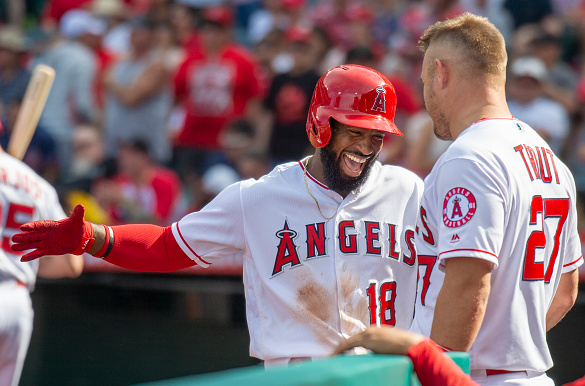 Brian Goodwin – Goodwin’s stock is already up a bit, but his stock is one to watch based on multiple factors. For starters, he hit third in the Angels lineup last game, if that trend continues it will be a huge boost to his counting stats. That’s good for his fantasy stock/value, as is his .329 batting average; however, there are a few negatives to keep in mind when looking at Goodwin. For starters, his .393 BABIP is unsustainable and his 31.7 hard contact rate is the lowest of his career, meaning that BABIP has been more derived from luck than anything else. Bouncing back to positives for Goodwin, his 19.8-percent strikeout rate is the best of his career and so are his 13.2-percent walk rate and 15.0-percent soft contact rate. The mix of positives and negatives are what make his stock one to watch, as it remains up-in-air if this is a player breaking out or just off to a good start.

Griffin Canning – The Angels top pitching prospect will make his MLB debut tonight against the Blue Jays and it is a start worth paying attention to. Canning has advanced through the ranks very quickly, needing just a year and change (this past month) or minor league work to get the call after being a second round pick out of UCLA in 2017. He has looked great through three AAA starts this year, giving up just one earned run across 16.0 innings while striking out 17. His ERA across three levels last year was 3.25 and he had 125 strikeouts across 113.1 innings of work. I haven’t seen a whole lot of chatter about Canning from the fantasy community and I am honestly not sure why that is, but deeper leagues should be picking him up now. A good outing tonight will have his name buzzing.