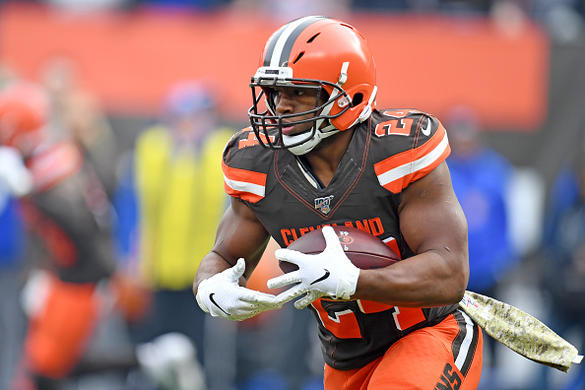 As a reminder, check out the Game Preview of tonight’s game from Ryan Hallam and I also made a few notes in the write-up for the Monday-Thursday DFS slate earlier in the week

Mostly cloudy with temperatures in the mid-70s, with a chance of scattered thunderstorms around 9pm CT, winds blowing SSE at 8-10 mph

Colts have won the last three-straight games against the Texans and have won five of the last six dating back to Nov. 5, 2017

Deshaun Watson , QB -- The Colts have been without Pierre Desir for the last four games and while he is a game-time decision, he may not be at 100%. The Colts have allowed an average of 228.8 passing yards per game with 14 thouchdowns through the air. They have also allowed opposing QBs to post a 93.8 passer rating against them and Watson is in need of a big rebound game after last week's thrashing at the hands of the Ravens.

Jacoby Brissett , QB -- The Texans secondary continues to be their defense's Achilles heel and adding Vernon Hargreaves to the mess could be more harm than good. The Texans have allowed 272.4 passing yards per game with a whopping 22 touchdowns allowed through the air. If Brissett is truly getting T.Y. Hilton back, this could turn into a bit of a shootout.

Nyheim Hines , RB -- The Houstion run defense has suffered tremendously since the loss of J.J. Watt and Hines should see an increased role with the loss of Marlon Mack . The Texans rank 25th against RB pass-plays and are allowing just over 65 yards per game to them. In a shared backfield with the potential of a heavy passing attack, Hines could have a strong effort.

Jordan Wilkins , RB -- Even though Jonathan Williams had a strong game last week after Mack went down, the two backs are likely to split the workload between the tackles. Wilkins has, to me, been the more impressive runner over time and feel like he could be the choice at the goal-line and in short-yardage situations.

DeAndre Hopkins , WR -- He's a no-brainer in this match-up, especially with the COlts giving up over 80 yards per game to the opposing WR1.

Kenny Stills , WR -- With Will Fuller being a game-time decision, we'll look to Stills as the potential deep-threat this week. If Fuller is in, a pivot to him is likely, but if not, Stills will be the guy stretching the field.

Keke Coutee , WR -- Could be intriguing if Fuller is out.

T.Y. Hilton , WR -- If the calf is ok and he's good to go, he could be an intriguing add, especially if ownership stays low on him.

Zach Pascal , WR -- With or without Hilton playing, he makes for a solid possibility. If Hilton is out, he'll see plenty of targets. If Hilton is in, he'll see more one-on-one match-ups with Hilton drawing coverage away.

Jack Doyle , TE -- Should Eric Ebron be out, he becomes an even bigger target. Brissett looks for him near the red zone and while the texans rank fifth in coverage against the position, the yardage they've allowed to the position since Watt has been out has steadily increased.

Darren Fells , TE -- You won't see a lot of yardage, but Watson definitely looks for him inside the red zone.

W. Sweet - OT
ARI
Sweet (foot) was waived by the Cardinals on Tuesday, according to the NFL's transaction report.
For a full breakdown and detailed player analysis GO PRO and join the Fantasy Alarm Family! CLICK HERE to unlock your PRO package and take advantage of instant savings!
Added Yesterday 10:10 pm (EST)

J. Reid - DB
HOU
Reid (shoulder) is progressing through his torn labrum which he underwent surgery on earlier in the offseason, Aaron Wilson of The Houston Chronicle reports.
For a full breakdown and detailed player analysis GO PRO and join the Fantasy Alarm Family! CLICK HERE to unlock your PRO package and take advantage of instant savings!
Added Yesterday 10:06 pm (EST)

W. Dissly - TE
SEA
Dissly (Achilles) is in danger of losing his No. 1 tight-end job after Greg Olsen signed with the Seahawks, Adam Schefter of ESPN reports.
For a full breakdown and detailed player analysis GO PRO and join the Fantasy Alarm Family! CLICK HERE to unlock your PRO package and take advantage of instant savings!
Added Yesterday 5:50 pm (EST)

G. Olsen - TE
SEA
Olsen signed a one-year, $7 million contract that has $5.5 million guaranteed with the Seahawks on Tuesday, Adam Schefter of ESPN reports.
Olsen was also talking with Buffalo and Washington, but he ultimately chose to head west with an opportunity to catch passes from future Hall of Fame quarterback Russell Wilson. The tight end will be 35 years old in March, and he's coming off a modest season where he caught 52 passes for 597 yards and two touchdowns with a mix of inexperienced signal-callers under center. It looks like Olsen has something left in the tank, though, and Wilson will be a major boost to his fantasy value. He's in line for the No. 1 tight-end job, but Will Dissly (Achilles), who has played just 10 games over two NFL campaigns due to a pair of season-ending injuries, could push for that role once he's healthy.
Added Yesterday 5:41 pm (EST)
Added Yesterday 5:41 pm (EST) 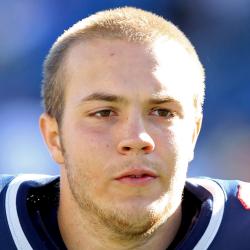