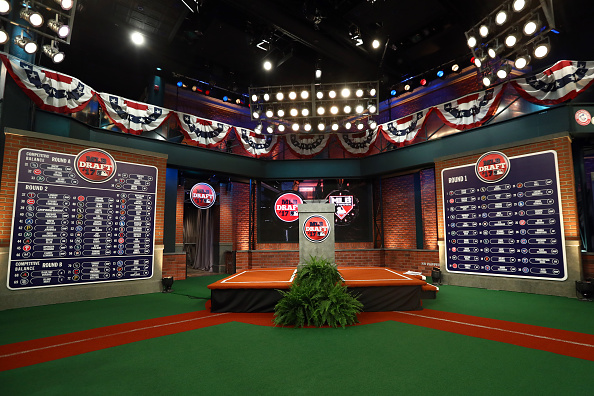 I’ve said it in articles, I’ve said it on the air and I’ll be saying it again here in the 2019 Fantasy Alarm MLB Living Draft Guide – there’s nothing like a good mock draft to help you prep for your upcoming fantasy baseball draft. You can look at dozens of different player rankings, countless fantasy baseball sites and listen to a zillion podcasts, but the best way to gauge public opinion of a particular player is to see where he goes in mock drafts and where his ADP lands between now and then end of March. Monitoring which way a player’s perceived value is trending is going to be a valuable tool for you when it comes to your actual draft as you’ll leave the over-reaching to your competitors while you make sensible picks and score bigger values in the later rounds.

In addition to that, doing a series of mock drafts also affords you the ability to test out different strategies in an effort to see how the field responds to certain picks you are making. You want to try a pitching-heavy strategy to see what kind of an offense you can build in the later rounds? A good mock can help you. You want to see how and where you can start positional runs on players such as closers or catchers? What better way than to test the waters in a mock draft? Your options are limitless and the more mocks you do, the greater your chances are of being successful when your big day actually arrives.

But we’re not just talking about any old mock draft. If you’ve been a fantasy baseballer for a while, you’ve likely seen your fair share of mocks that just don’t quite cut it. On far too many occasions, mocks get filled with people who are only interested in seeing how the first few rounds go and then flip the switch to auto-pick for the rest of the draft. What good does that do you? A collection of auto-drafters does nothing but show you how a particular web site’s default ranking plays out in a snake draft and that, for all intents and purposes, defeats the actual purpose of doing a mock draft.

That’s where the Mock Draft Army comes in.

For those who have followed me on Twitter (@rotobuzzguy) over the last few years or have been listening to recent broadcasts on SiriusXM Fantasy Sports Radio, you’ve heard me talk about the Mock Draft Army. If you enjoy a good mock draft and know how to use them properly for your draft prep, this is where you need to be. I have assembled a group of 75-plus fantasy writers and broadcasters, some of the finest minds in the industry, and put them at your disposal. For each mock we do, I fill the room with half industry folk and half readers and listeners.  We try to run a variety of different drafts from 12-team mixed leagues to 15-team NL-only. I compile the data from each draft and track the ADP so that you have a more accurate list than most.

Why is it more accurate? Simple. These drafts run in full. Everyone stays for the entire draft. There is no auto-picking here. Every pick from Round 1 to Round 25…or however deep we decide to go….is equally important. When we assemble our ADP, there are no site default rankings affecting the numbers. This ADP is put together by you and by the collective us who eat, sleep and breathe the fantasy game.

Whether you’re in the industry or just trying to get your draft prep started early, if you’re interested in participating in the Mock Draft Army, email me at MockDraftArmy@yahoo.com and I will happily add you to the email list. The larger the Army, the more mocks we’ll do.

The mock drafts will start this week – Thursday, February 7 – and continue through the next two months. The drafts will be done on RTSports.com, so I recommend you go over there and just register with their site. Registration is free and you do not have to worry about a bunch of spam coming your way.

Every week between now and Opening Day you will be notified of the upcoming week's mock draft schedule via email from RTSports and all you have to do is click the link, make sure you’re signed in and pick your draft. It's as easy as that!

You can enter as many drafts as you like, but please remember that by signing up for a draft, you are committed to being on-time and stay through the draft in its entirety. No auto-drafting! We will be using this ADP in the 2019 Fantasy Alarm MLB Living Draft Guide, so your full participation is important, not just for your own research but mine as well.

Don't be discouraged if you see a draft that's full. If the demand is great enough, I will happily open up a new draft at the same time in an effort to accommodate as many people as possible. If you have any questions, thoughts, comments or specific draft needs, again, please feel free to email me at MockDraftArmy@yahoo.com.