One of the best ways to help evaluate MLB hitters and pitchers for fantasy baseball purposes is to examine their contact rates and Dan Malin takes the time to explain how and why. 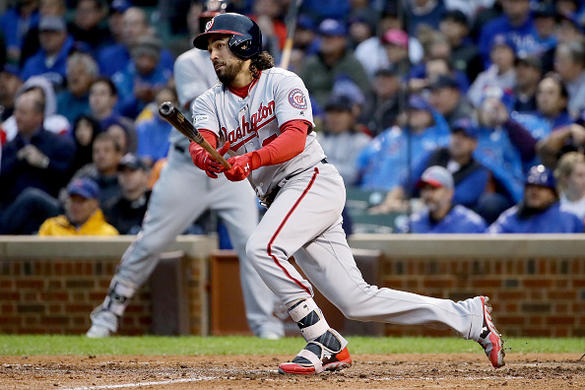 Contact rates in baseball are simply a measure of how much authority a ball is hit with. According to Fangraphs, it is calculated by quantifying the hang time for the baseball, trajectory, and landing spot. Exit velocity is not used in calculating contact rates, but if you’d like to learn more about exit velocity then be on the lookout later this week as there will be an “Understanding Exit Velocity” article dropping on Wednesday, March 13th. Exit velocity is another great measure for why a hitter may see an increase in power numbers so do be sure to give that article a read. For hitters a change in hard contact can lend a hand in determining who could see better power output. We’ve seen an immense shift in the league towards increasing hard hit data and putting more balls in the stands and no other player in baseball exemplifies this shift than last year’s NL MVP…

The Ballad of Christian Yelich

Everyone’s well aware of the tear that Christian Yelich went on in the second half of 2018. This historic run was what catapulted him to win the National League MVP. In his first year with Milwaukee he saw a ridiculous spike in his hard contact percentage. Here are his trends dating back to 2016: 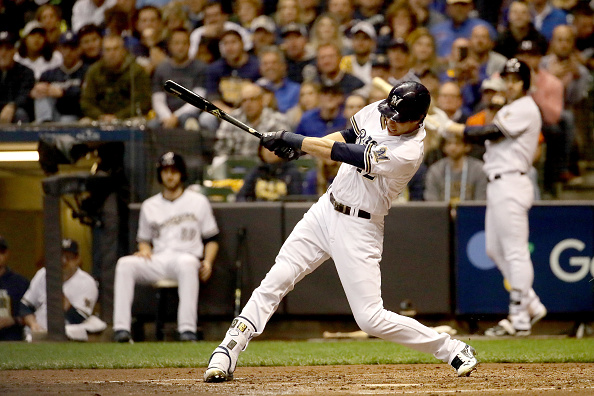 Now a lot of people expected better numbers for Yelich based on the fact that he was moving from a horrible ballpark for offense with Miami, to the hitter-friendly confines of Miller Park. If his contact rates had remained consistent as they had in Miami in the 35-38% range then the home runs may have increased to maybe 22-25 home runs, which is still great for fantasy baseball. However, by inducing a lot more hard contact he was able set career high’s in home runs (36), runs (118), RBI (110), isolated power (.272), and slugging percentage (.598). A lot of his production started on July 21st last year. From that point through the end of the year his SLG% was up to .757 with a 49.5% hard contact rate. Now because his 2018 metrics were such an outlier from his previous seasons there’s reason to believe he will regress. But even if the power does dip a little bit 25-28 home runs are still a reasonable expectation for him in this lineup and ballpark especially when he can steal 20 bags for your team.

It’s important to offer a little context when discussing batted ball data and hard contact numbers. There has been a general trend across baseball the past few seasons called the “Fly Ball Revolution.” Hitters are becoming more conscious of launch angles, which plays a role in calculating hard-hit data. Normally a coach will tell a batter to swing down towards the ball. That’s what all little league coach preach and those mechanics hold true through a player’s development even to professional ball. But with more emphasis on putting the ball in the air for a line drive, a home run, or a fly ball that results in a sacrifice fly or advancing a runner, several hitters across the majors have changed the angle of their swing to lift the ball more and abandon the traditional downward approach.

Now some pitchers may argue the baseball is a little different in that the seams are lower on major league balls and that decreases the drag on a ball through the air. That’s a fair argument, but there’s no denying the hitters have changed their approach as well. A ball hit in the air just carries more value than a ball hit on the ground. 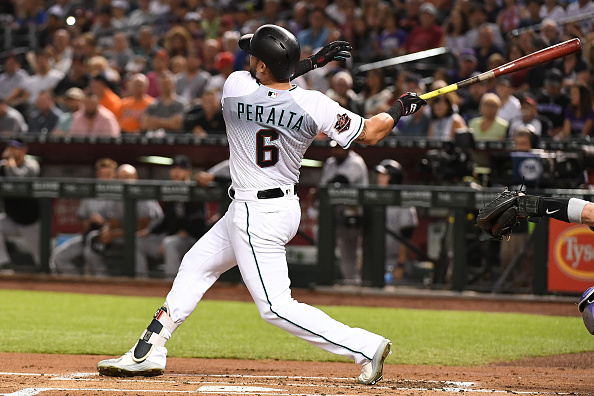 Just look at David Peralta as a good example. A lot of pundits and experts expressed great concern in 2018 for Diamondbacks players because of the newly-installed humidor that could really hamper offense, specifically home runs. From 2014-2017 Peralta clubbed 43 home runs across 425 games. That’s a home run every nine or ten games. And over that four-year span he never touted a hard-hit rate over 36%. But in 2018 he found a new approach at the plate to an extreme 48.6% hard-hit rate by changing the angle of his swing. Because of the new swing he managed to hit 30 home runs in 146 games, which translated to a home run every five games or so. And it’s not like he was significantly better at home or on the road. 16 of the dingers came at home with a 53.8% hard-hit rate compared to 43.2% on the road. And mind you, that road rate is still very good.

Of the 45 hitters with a hard contact rate over 40%, 18 of them managed to hit 30 or more home runs with a few guys coming close to 30 (Matt Olson hit 29, Salvador Pérez hit 27, Stephen Picotty hit 27, Mike Moustakas hit 28, and Kyle Schwarber hit 26). A vast majority of the Top 45 players easily reached the 20-home run club. So it’s clear that the correlation is there: more hard contact leads to more power and a big change can be credited to players adjusting their swings.

Soft and medium contact rates don’t carry as much weight as hard contact because hard contract translates to power. Remember that launch angle is measured by hang time, landing spot, and trajectory. Typically most groundballs lead to soft contact numbers, but a hard ground ball compared to a soft blooper can be misleading because the hang time and launch angle for the grounder aren’t as great as the light blooper. Yet the sharp groundball would be hit with more emphasis. Medium contact isn’t terrible, but in today’s fly ball evolution don’t be discouraged if the medium contact is sacrificed in favor of hard contact. That’s totally fine. But if you’re a little worried about a player who may have a soft contact rate over 20% look at other numbers to determine their fantasy value. Are they still finding a way on base? Do they have good plate discipline? Can they generate counting stats like runs and steals? These factors can at least make up for the lack of power so it’s not entirely out of the realm of possibility for a player with a high soft contact rate to contribute.

Odubel Herrera led the league in soft contact rate in 2018 (27.2%), but he still hit 22 home runs. Billy Hamilton has a career 23.6% soft contact rate and an 18.7% career hard contact rate. But he does contribute stolen bases at a higher clip and he can get you about 70 runs if he can stay healthy. Plus he’s on a Kansas City Royals team now that projects to be one of the more active teams on the base path.

The flyball revolution has taken the league by storm and it’s hard to believe it’ll go anywhere anytime soon. Major League Baseball is just a better product when there’s more offense, specifically home runs. Sure it’s a bit sketchy that Major League Baseball has yet to confirm a change to its baseballs despite research and evidence all but confirming the fact the balls have been altered. But players are making adjustments to their swings in an effort to elevate the ball more. Always examine batted ball data in conjunction with ground ball, line drive, and fly ball rates. There will usually be a positive correlation between hard contact and line drive/fly ball rates. Use these metrics to identify the players that can provide the most power production and see how players are approaching the plate this spring. Now is a good time to examine players in spring training to see if anyone could hit for more power that could be available in the later rounds.