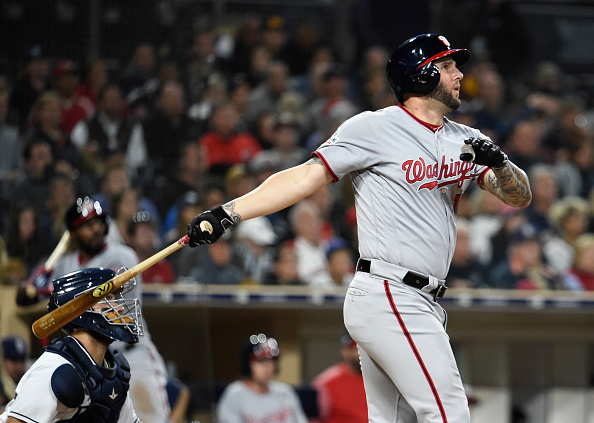 Malin here stepping in for Grande this weekend as he gets a little R&R. I will do my best to keep the gist of the article the same to help you heading into next week of the season. Let’s go!

Matt Adams 1B (WAS – 75% ownership) – Over the last two-and-a-half weeks Adams has been raking to the tune of a .353/.441/.863 slash line with eight home runs. He’s cooled off slightly in his last four games, but he’s finding his way into the lineup on a regular basis. As far as what you should dedicate for your FAAB budget, don’t go too crazy. I wouldn’t dedicate more than 15% of my budget for the guy. Last season when Adams was traded from St. Louis to Atlanta, Adams found a regular role in the five-hole with the Braves due to Freddie Freeman ’s injury. Once Freeman came back though Adams cooled off and was dropped in the batting order. So while he’s swinging a hot bat just tempter expectations because history may repeat itself. 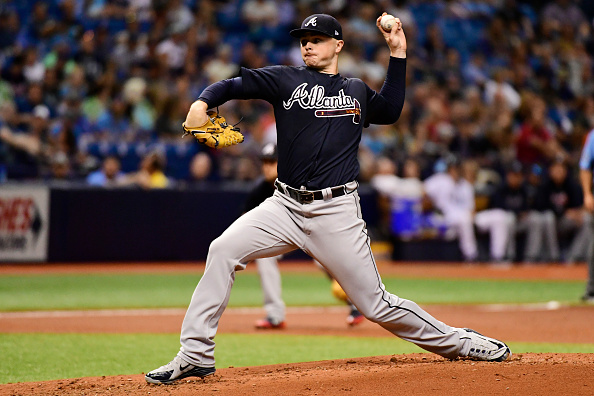 Sean Newcomb SP (ATL – 65% owned) – Here’s a guy worth paying up for and you should grab him as soon as possible because he finishes up this week on the road against Miami and draws the Fish again next Saturday at home. Obviously it’s a park downgrade, but he’s still a great option for the rest of the season as well. I featured him earlier today in the SP Streamers article, but obviously he should be more widely owned than 65%. He does have an issue with walks, but that’s a struggling point with many young pitchers. It’s a growing pain, but you’ll take the good with the bad. And great things could be in store over his next two starts.

Tyler Clippard RP (TOR – Ownership Varies) – Clippard’s ownership is all over the place. On Yahoo! he’s about 50% owned, but on ESPN he’s 21% at the time of this writing so it’s hard to gauge what his true ownership should be. But the Blue Jays have a very good bullpen and Clippard has been hot to start the year. With the recent off-field concerns with Roberto Osuna , Clippard is a nice candidate to get some opportunities at the closer’s spot. He was able to convert the save on Wednesday night and hasn’t allowed a walk in his last four appearances. If you need a closer off waivers go grab this guy as soon as possible. I’d say he’s worth a $15-$20 bid at the minimum.

Alen Hanson 2B (SF – 15% Ownership) – Hanson’s only played in 13 games, but he’s definitely made an impact. His ownership has climbed a bit, but he’s still under 20% in most formats. Fantasy owners may have been hesitant because he was hitting seventh in the lineup for the most part, but over his last two games Bruce Bochy has moved him up to second in the lineup. So far with 48 plate appearances under his belt he’s slashing .273/.313/.568 with seven of his 12 hits going for extra bases. Additionally he also has three steals. The Giants offense has cooled off after scoring a ton against the Braves last weekend, but Hanson has kept it going this past week.

Ryon Healy 1B, 3B (SEA - 30% Ownership) – There’s plenty of depth and talent at third base, but first base has been awful so far in 2018. So Healy comes into play because multi-position eligibility is very important in fantasy baseball. Since coming back on April 26th Healy’s slashed .333/.358/.725 with six home runs. He takes a bit of a hit in points leagues because he strikes out 21% of the time and rarely walks. Regardless he still has some value. A solid $12 bid could be placed on Healy due to the hot bat and the flexibility he gives your lineup. He’s still hitting towards the bottom of the lineup, but if he keeps this streak up he could move up to the fifth or sixth spot consistently.

Caleb Smith SP (MIA – 36% Ownership) – Smith, like Newcomb, appeared in the SP Streamers column as well. Smith has some issues with walks, but he’s been a solid source of strikeouts with Miami. I compared him to Robbie Ray in that they both have high strikeout upside, but have an issue with walks as well. Wins will be hard to come by for Smith since the Marlins don’t boast a great offense, but he hasn’t allowed a home run in his last three starts and it looks like the Marlins are trusting him to pitch deeper into games.

Ryan Tepera and Seung-Hwan Oh RP (TOR – 15% Ownership) – While Clippard appears to be the preferred bullpen Blue Jay to target, Tepera and Oh shouldn’t be overlooked in deeper leagues. Tepera’s logged two wins in his last three appearances and his ownership is slowly on the rise. Oh has also been very good lately as well. As of Wednesday John Gibbons hadn’t committed to a permanent closer so the job is still up in the air. It’s not out of the realm of possibility that a committee could be in place. But it’s worth grabbing these guys in deeper leagues or even shallower leagues with a bid that won’t kill your FAAB budget too much. 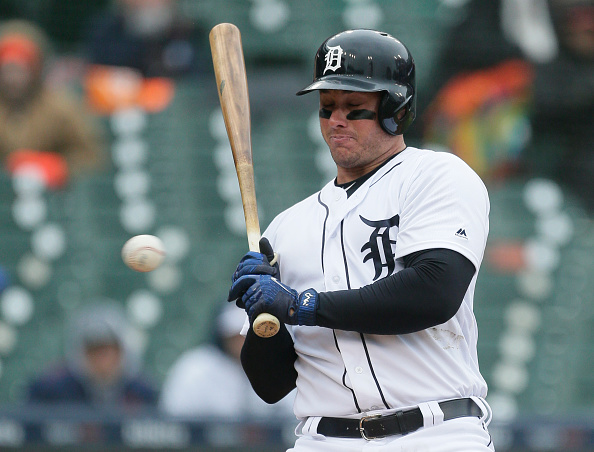 James McCann C (DET – 28% Ownership) – Catcher is typically a pretty crappy position if you don’t own Gary Sánchez . But over the past month James McCann has been swinging a solid bat. He’s been slashing .338/.370/.514 with three home runs, eight runs, and nine RBI’s. He typically hits about sixth or seventh in the lineup so there’s plenty of opportunity to drive in runs. Catcher’s not a very deep position, but McCann can definitely help out with batting average.

Jeremy Hellickson SP (WSH – 17% Ownership) – I’m going to piggyback off of Grande’s last waiver wire article. Hellickson has been pretty reliable so far in 2018. He has a 2.28 ERA, but some regression may be in line because he hasn’t issued any walks in his last two starts nor has he allowed a home run over that span. He’s not a strong source of strikeouts (6.83 K/9), but he pitches for the Nationals. The offensive support should be enough to make him a nice source of wins in the near future.