Brett Talley gives his take on the top injuries around the NHL. 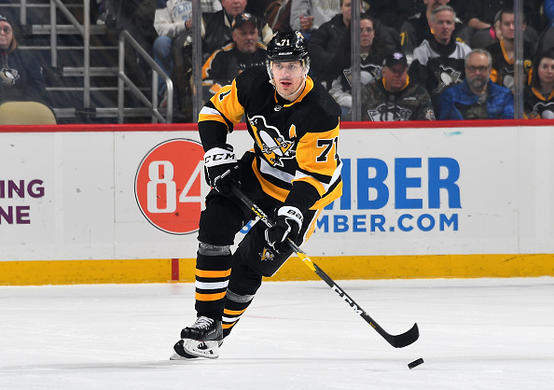 Welcome to the Fantasy Hockey Injury Report. Once a week, we’ll take a look at some injuries around the league that may affect your fantasy hockey team. Injuries will always happen, and you can’t predict when, but it’s important to be ready for the aftermath and to have a plan ready. Let’s take a look and some players who are on the shelf for the upcoming week and beyond.

Injury: lower-body, “a little longer than day to day”

Per Kevin Kurz, the San Jose beat writer for The Athletic, Pavelski is ““a little longer than day to day,” which is somewhere between the nebulous day-to-day and week-to-week time frames we’re given for most injuries. The Sharks have nine games remaining, and it would be pushing it to expect Pavelski to play more than half of them. But because he wasn’t given the dreaded week-to-week tag, he’s probably worth holding on to until we get a further update.

The big beneficiary of Pavelski’s absence is Gustav...

NHL Steven Kampfer opts out of NHL Return to Play

NHL Mike Green has opted out of the postseason

NHL Brett Pesce won't be ready for qualifying round

NHL Sven Baertschi opts out of the playoffs

J. Leivo - F
VAN
Josh Leivo was not listed on Vancouver's training camp roster prior to Phase 3 of the NHL Return to Play Program.
Leivo has been sidelined since Dec. 19 because of a fractured kneecap. He picked up seven goals and 19 points in 36 matches with the Canucks in 2019-20 prior to getting injured.
Added Yesterday 10:48 pm (EST)
Added Yesterday 10:48 pm (EST)

K. Miller - D
BOS
Kevan Miller (knee) was left off Boston's camp roster ahead of Phase 3 of the NHL Return to Play Program.
Miller didn't play at all during the 2019-20 season following two different kneecap injuries.  He is expected to be fine for next year, but he might have played in his last game with the Bruins. The 32-year-old defenseman can become an unrestricted free agent after this campaign.
Added Yesterday 10:42 pm (EST)
Added Yesterday 10:42 pm (EST)

C. Wilson - F
COL
Colin Wilson (lower body) was omitted from Colorado's training camp roster.
It doesn't appear as though Wilson will be ready to skate when the Avalanche begin Phase 3 of the NHL Return to Play Program on Monday. He was limited to just nine games during the 2019-20 season because of a lower-body injury.
Added Yesterday 10:39 pm (EST)
Added Yesterday 10:39 pm (EST)

A. Shaw - F
CHI
Andrew Shaw (concussion) is not expected to be ready to play in games during the NHL's Return to Play.
Chicago's roster for Phase 3 training camps is unclear at this time, but Shaw isn't projected to be available. He hasn't played since Nov. 30 due to a concussion. He recorded 10 points 33 penalty minutes in 26 matches for the Blackhawks in 2019-20.
Added Yesterday 10:33 pm (EST)
Added Yesterday 10:33 pm (EST)

B. Little - F
WPG
Bryan Little isn't listed on Winnipeg's training camp roster ahead of Phase 3 of the NHL Return to Play Program.
Little was skating with the Jets prior to the pause, but he continued to wear a non-contact jersey and had surgery on his injured ear during the break. It's unknown if he will be able to return at some point during the postseason, but his status could become clearer during camp. Little hasn't played since Nov. 5 since he took an errant puck to the head.
Added Yesterday 10:26 pm (EST)
Added Yesterday 10:26 pm (EST)

S. Varlamov - G
NYI
Islanders coach Barry Trotz said the team will determine who will start in goal in the playoffs during training camp.
Phase 3 of the NHL Return to Play Plan starts on Monday. "I don't think I can make a bad decision. Both of them have had good success against the Panthers, both of them had identical-type years. So from that standpoint, I'm just going to let it play out," said Trotz referring to Semyon Varlamov and Thomas Greiss. "They're both preparing very diligently at this point, so that's one area I'm not worried about a whole lot right now." Varlamov (19-14-6, 2.62 GAA, .914 save percentage) started 39 games during the 2019-20 season, while Greiss (16-9-4, 2.74 GAA, .913 save percentage) made 29 starts. Greiss can become an unrestricted free agent after this season, while Varlamov is signed for another three years.
Added Yesterday 9:12 pm (EST)
Added Yesterday 9:12 pm (EST)

A. Pelech - D
NYI
Adam Pelech is slated to be on the ice for Monday's training camp, as part of Phase 3 of the NHL Return to Play Program.
"I think both of those guys will be just fine," coach Barry Trotz said referring to Pelech and Casey Cizikas. "I don't see any drop off. They're both excited. They really missed the time that they did miss when they had their injuries. I expect that both of them will have a big impact like they usually do." Pelech has been recovering from surgery to his Achilles tendon since Jan. 2 and he last played in late December.
Added Yesterday 8:06 pm (EST)
Added Yesterday 8:06 pm (EST)